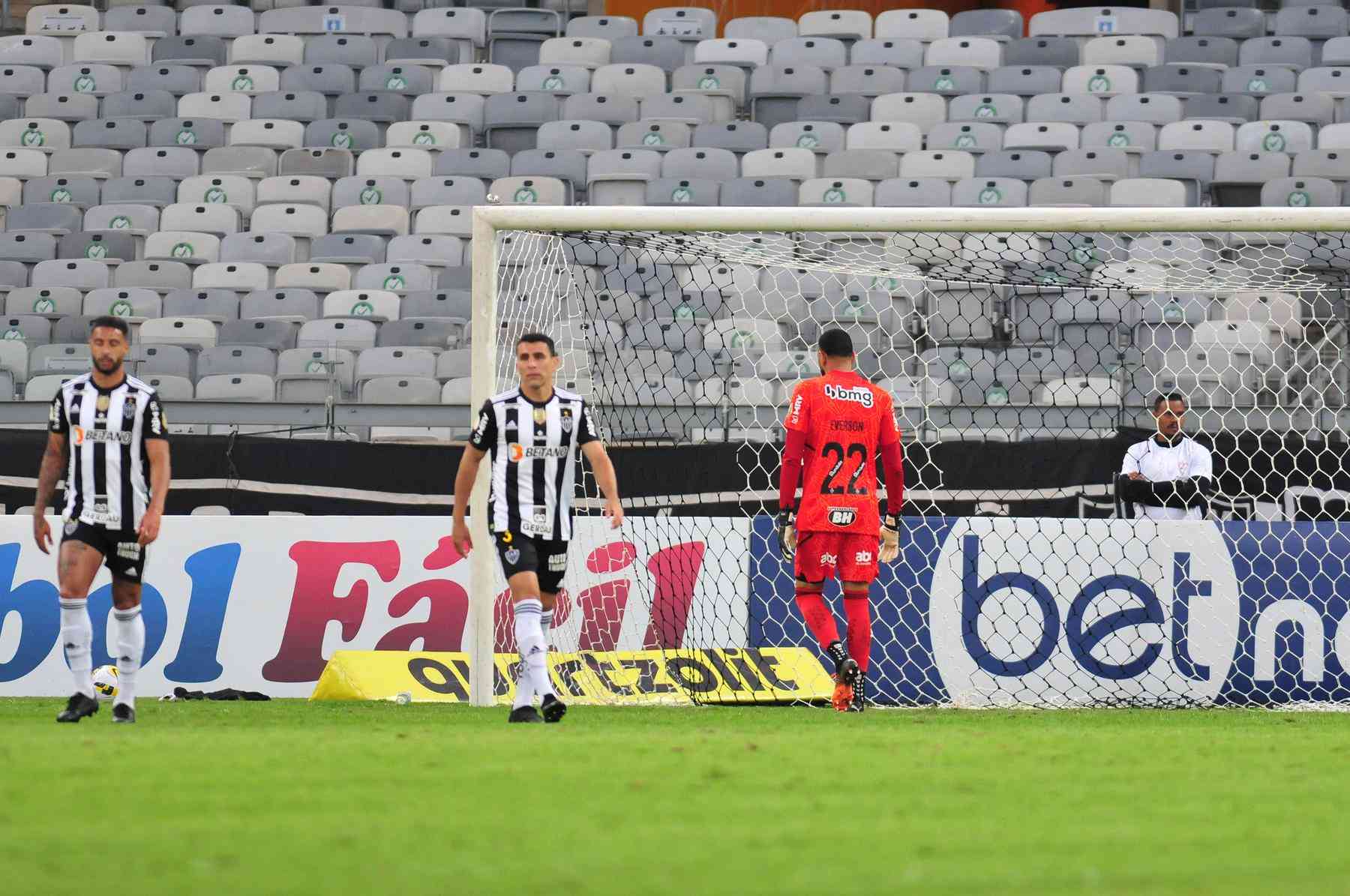 Atltico sees big drop in chances of qualifying for Libertadores

In a bad phase, Atltico saw a big drop in the chances of qualifying for the next edition of the Copa Libertadores. According to the Department of Mathematics at the Federal University of Minas Gerais (UFMG), Galo has only an 11.1% chance of playing in the continental tournament in 2023.

Last Saturday (20/8), in front of more than 30 thousand fans in Mineiro, in Belo Horizonte, Atltico lost 1-0 to Gois and was booed. Unproductive, Galo comes from three defeats as home team in the Brazilian Championship and occupies the 7th position in the table, with 35 points.

The first G4 club Corinthians, with 39 points. Internacional, in turn, who closes the G6, with 36. Colorado, however, faces Ava this Monday (22/8), in Florianpolis, and has a chance of overtaking Athletico-PR (5th place). , with 38).

If the scenario seems challenging for a direct place in the group stage of Libertadores, Atltico clings to the possibility of playing in the continental tournament from the possible formation of a G8. Among the first placed teams of the Brasileiro, Palmeiras, Flamengo and Athletico-PR are alive in the current edition of Libertadores. In the Copa do Brasil, Flamengo, Fluminense and Corinthians are semifinalists.

Based on the rival’s score in 2021 and a possible new formation of the G8, Galo would need to add at least another 18 points in the Brazilian Championship – out of 45 possible. In a more practical scenario, Cuca’s team would need, at least, six victories in the last 15 games.

If the G6 remains as G6 at the end of the national competition, Atltico would aim for the score of RB Bragantino (6th place in 2021) to win a spot. Last year, Massa Bruta finished Serie A with 56 points. In that case, Galo would need at least seven wins in the final 15 matches to qualify for Libertadores.