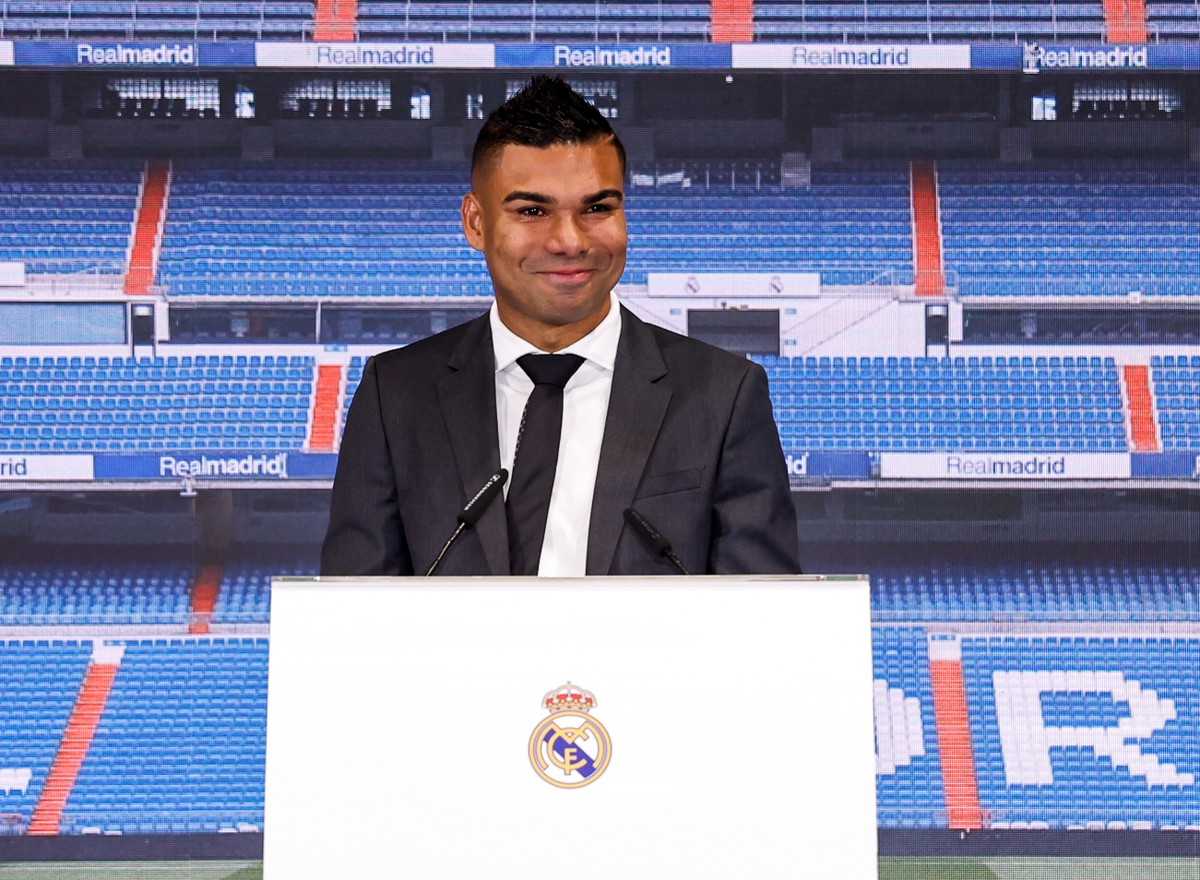 Real Madrid held on Monday morning an institutional act of tribute and farewell to the steering wheel Casemiro, who will play for Manchester United. Excited, the player of the Brazilian team also gave a press conference and spoke about this special moment.

— I wanted to (starts to cry). I can’t… When my wife and I got here, I didn’t know anyone. We arrived in a new country, at a club where a lot of people didn’t know us. And here we build our life. Our family. I had a dream of playing here. It was a very big dream because I learned values ​​from the base, which is the most beautiful thing in this club – said Casemiro.

I thank my teammates, without him it would be impossible. You play with 25. But I have to talk about Modric and Kroos. I really enjoyed football with them. I thank the club that formed me as a person and player. The lived history is incredible.

— Casemiro, at a tribute event at Real Madrid

The president of the club, Florentino Pérez, the coach Carlo Ancelotti and important players in the history of Real Madrid, such as Raúl, took part in this event. Videos with his best moments by the Spanish team were shown. Casemiro received a gold badge from the club.

— Real Madrid’s principles need the talent of special players for the legend of this club. Many wonder how we can accomplish seemingly impossible feats. Here we have part of the answer, with players like Casemiro, who today receives our affection. It’s a day to pay tribute to one of our references from this wonderful season that Real Madrid lives said the president.

— The feeling is one of great happiness and accomplishment. I have my duty fulfilled that, when I left São Paulo, in January 2013, I told myself that I would give everything for this club. That wasn’t just at the Bernabéu or other stadiums, but in training. I gave myself to the fullest. I sleep peacefully,” commented Casemiro, visibly moved.

“What I’m looking for are new goals”

Manchester United will pay Real Madrid 60 million euros, with a further 10 million in bonuses if goals are reached. The total value of the transaction could therefore reach 70 million euros (about R$365 million at the current price).

“When you make such an important decision in life, it’s always difficult. When the Champions League final ended, I spoke to my manager that I felt like I was ending my cycle here.. She told me to go on vacation and come back with a clear head. I came back and I had the same feeling. The mission is accomplished, history is made,” she declared.

— Casemiro, on the move to Manchester United

according to ge found, the salary was not the determining issue for the decision of the player of the Brazilian team, who was looking for a new challenge. In any case, he will be very well paid for it, being second only to Cristiano Ronaldo and De Gea in the English squad.