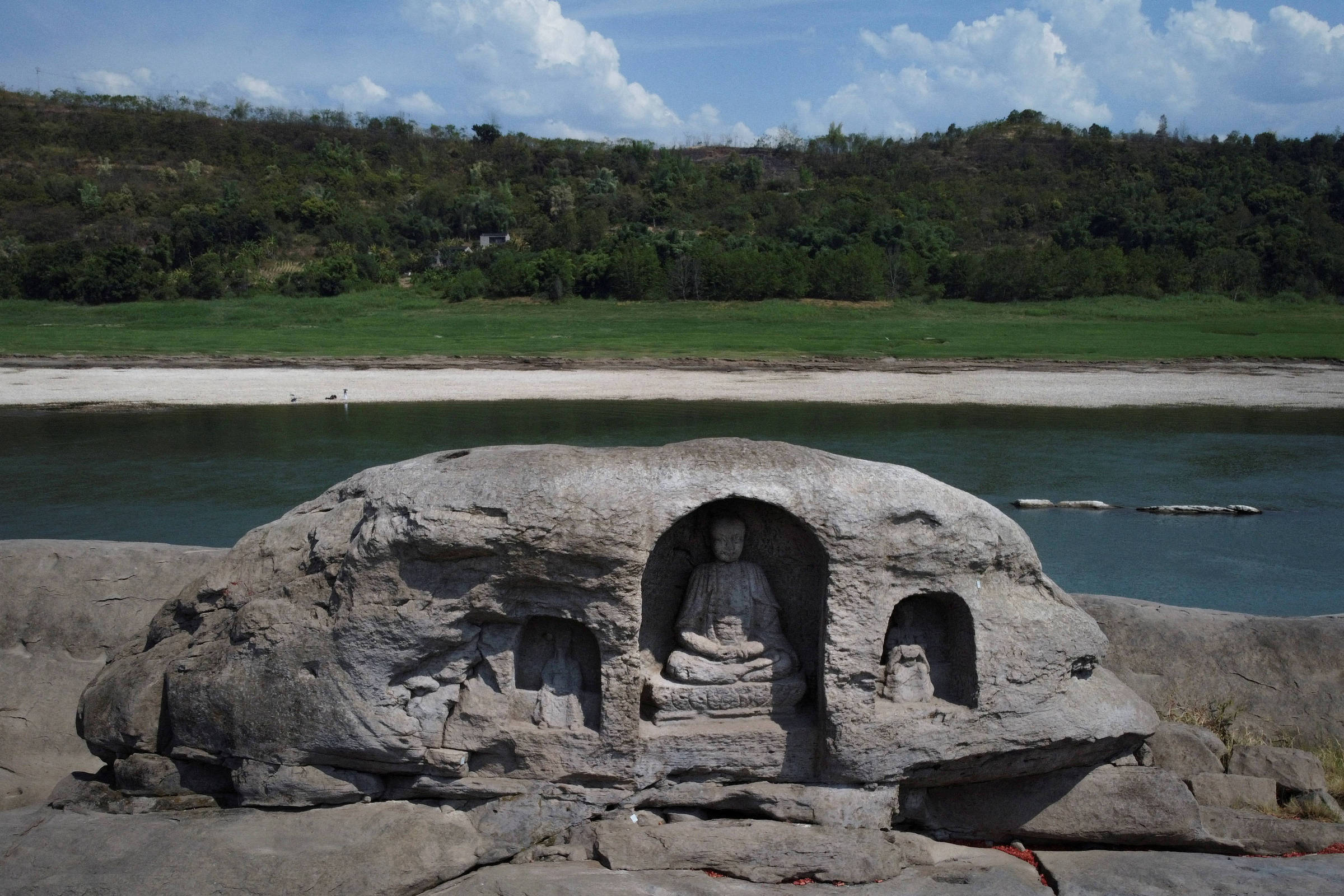 Drought-caused retreat in the Yangtze River level has revealed a submerged island in southwest China’s Chongqing city. A trio of 600-year-old Buddhist statues were discovered at the site, according to estimates by state media Xinhua.

The three statues were found on the highest part of the island’s reef, called Foyeliang and initially identified as a construction of the Ming (1368–1644) and Qing (1644–1912) dynasties. One of the statues shows a monk seated in the lotus position on a pedestal.

Water levels in the Yangtze have been declining rapidly because of the drought and heat wave that hit the southwestern region of China. Rainfall in the river basin has been about 45% lower than normal since July, and high temperatures are expected to persist for at least another week, according to official forecasts.

Up to 66 rivers flowing through 34 counties in Chongqing have dried up, state television network CCTV said on Friday.

A major European river, the Danube, has reached one of its lowest levels in a century, revealing the hulls of more than 20 German warships that sank in World War II near the port city of Prahovo, Serbia. A bomb from the same conflict was discovered in the bed of the river Po, in Italy, which had its navigation compromised by the drought.

In Germany, what surfaced on the River Elbe were the “hunger stones”, rocks with landmarks and engraved messages about the catastrophes triggered by the lack of water and reminders of the hardships suffered during droughts. On the Rhine, companies say the water level is so low that even empty boats cannot travel.

In France, Portugal and Spain, which have also experienced high temperatures and below-normal rainfall, The great concern are the forest fires.

Scientists point out that the increase in extreme events is directly linked to the climate emergency, caused by human action.