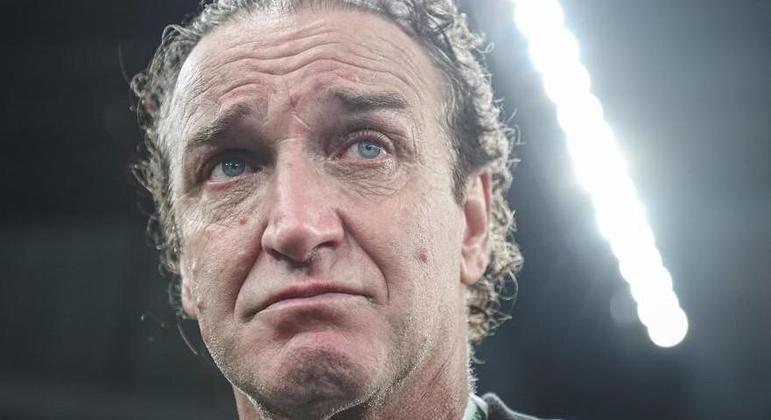 Cuca left the atmosphere more discouraging at Atlético. He has not announced his renewal. Without Libertadores and Brazilian, the year is over – Prisma

The disappointment at Atlético Mineiro is frightening.

With him, the team was eliminated from the dreamed Libertadores, with two more players, against Palmeiras.

The coach was booed by the crowd in Saturday’s defeat, against Goiás, in the heart of Mineirão. Result that left the club in seventh place in the Brazilian.

14 points behind the leader Palmeiras, in the 23rd round.

The patrons who keep the cast very expensive, and Cuca, for R$ 24 million a month, are bewildered.

The public response was already noticed on Saturday.

Until the elimination of Libertadores, the enthusiasm was reflected in the packed stadium.

The board fears that frustration will also affect the arrival of new supporters.

In 2023, Atlético will inaugurate its new arena.

And it needs massive financial support from the crowd.

The board requires at least classification for next year’s Libertadores.

The players were booed and cursed after the confrontation with Goiás.

The Minas Gerais press does not forgive the club’s early eliminations in the Copa do Brasil and, mainly, in Libertadores.

Minas Gerais journalists believed that he would announce the early renewal for 2023.

They made a big mistake.

His intention was only to try to lighten the mood of disillusionment.

And that only scored five goals.

The coach only made things worse.

The interview turned out to be a way the technician found to alleviate ‘his’ situation.

Show that the movement of the team, since it arrived, is very offensive. And that allowed the team to kick 121 times to the opposing goal.

And if Atletico didn’t score more, it was because of the failures in the players’ shots.

To make matters worse, once and for all, Cuca refused to guarantee that he will continue at Atlético Mineiro in 2023.

His contract runs until the end of the Brazilian, which ends on November 13.

He wants to be free, light and loose so that, if there is an invitation to take over the Selection, in Tite’s place, there will be no problem.

Only if he is not called, he can follow at Atlético Mineiro.

His statements showed that Cuca almost ‘did him a favor’ by returning to the club.

“When I came here to Galo, I didn’t come for myself.

“For Cuca, staying at home still, he wasn’t exposing himself. He was still as he had planned and was still the champion of the Brazilian and the Copa do Brasil, but I understood that Rooster needed me at that moment.”

But he will no longer be the champion of the Copa do Brasil.

And also the Brazilian.

If Cuca wanted to cheer up the Atletico fan, he went wrong.

It only managed to bring more worry.

Noticing the reaction of the reporters, Cuca tried to convince everyone that his club could have a ‘fantastic start’ and be Brazilian champions.

“I said I came here to try to help. It’s not a certainty that you come here and make things change overnight, but I came. I’m here to slap my face. We’re not getting the results and I assume responsibility.”

There was no other way out for Cuca, who wants to take over the Selection.

Since his arrival, the club has only one victory. Two draws. And three defeats.

The disappointment is more than justified…