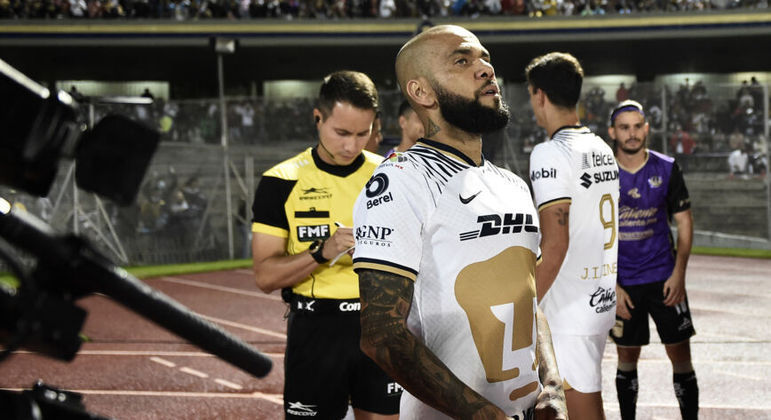 Cursed, booed. Daniel Alves, 39, is going through the worst phase of his career. And with Tite’s assistants as witnesses, in Mexico – Prisma


If César Sampaio and Guilherme Passos give Tite the real moment of Daniel Alves, the 39-year-old right-back will be out of the World Cup.

The two assistants of the coach of the Brazilian team informed the press.

They would travel to Mexico just to observe Daniel Alves.

The player is going through the worst phase of his career at Pumas.

If the criterion is just ‘fairness’, he would not be invited to go to Qatar.

Daniel Alves was cursed, booed every time he touched the ball, by the disillusioned Pumas crowd.

The Brazilian arrived with the hope of being the great player, not only of the club, but of Mexican football.

But their performances follow one worse than the other.

The veteran started the match as a second midfielder. According to the Mexican press, he didn’t have the strength to score or the creativity to help his team in offensive plays. Daniel Alves started playing as a full-back when Pumas were already losing 3-0.

His only merit was taking the corner responsible for the only goal of Pumas.

They refused to talk about another bad game by Daniel Alves.

Since he arrived at Pumas, the team has lost four matches and drawn two.

The rejection of Daniel Alves from the crowd is huge on social media.

And the poor football of the Brazilian makes the same thing happen in Pumas that happened in São Paulo.

The management hired the player believing that companies would be willing to share the high salary, which is kept confidential.

But the very poor performance of Daniel Alves meant that no company emerged.

The contract is for one season, one year.

But it can be broken, after analysis by the player and the club, after the World Cup.

The pressure on Daniel Alves is enormous, because of the bad football.

César Sampaio and Guilherme Passos saw it with their own eyes.

The embarrassment that was the 5-1 rout of Pumas over Santos.

With another very weak performance by the Brazilian.

As a midfielder and full back.

In his favor is the relationship with Neymar.

Tite considers that Daniel Alves is the only one that the PSG player respects.

This could be the trump card for you to go to the Cup.

Because if your time on the field is taken seriously, it wouldn’t…


Só Foton: See the best photos of this week in the sport

Previous The fascination with twins in entertainment
Next Turning off internet only from Whatsapp is possible: learn how