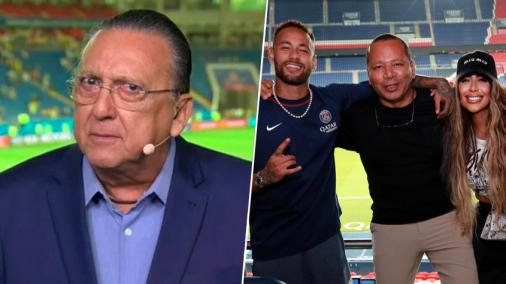 Galvão Bueno comments on ‘heavy criticism’ from Neymar’s sister and father: ‘It became an entity’

Galvão Bueno lives his last moments at Globo and spoke of the agreement it has with Globo not to close with other stations in an interview with the newspaper “Folha de S. Paulo”. The narrator also commented on the criticism against him made by Neymar’s father and sister.

+ It’s this Friday! See how the pots are for the Libertadores 2022 group stage draw

– Neymar has become an entity… Say something, the sister goes to social networks to complain. Say something else, the father writes texts, like, heavy. After so long, it doesn’t bother me. I will continue to make (my) comments – said Galvão.

– There’s pressure on everything you say on television. I have nothing to do with anyone’s personal life. I criticize, I comment on what is from the field – he added.

Despite the disagreements, Galvão said he hopes for the success of the player – and consequently of the Brazilian team – during the World Cup, which will be his last as a TV narrator.

– I hope he shines brightly, that he is our great player, that hexa comes and that I can speak his name with joy, happiness.