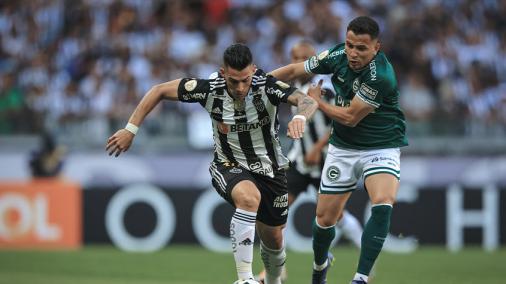 After beating Atlético-MG at Mineirão, 1-0, Goiás made a joke with the opponent on social networks. However, minutes later, the post was deleted, and Esmeraldino issued a retraction note on the web.

+ Gabigol, from Flamengo, is spotted leaving a nightclub in Rio and video divides opinions on the web

Shortly after the final whistle, Goiás played with Atlético-MG and wrote “Official note: Goiás Esporte Clube”. The publication was due to the various notes issued by the mining club in recent weeks. See the full note:

“Goiás Esporte Clube publicly presents itself with the institution Clube Atlético Mineiro, due to content posted on the club’s official Twitter network, on August 20, 2022, at 6:25 pm.

The entire board of Goiás Esporte Clube was surprised by this unfortunate message. This publication is a voluntary initiative of the person responsible for producing the club’s content, who made it on his own, without submitting the content to any director or managerial member of the club for approval.

The relationship between Goiás Esporte Clube and Clube Atlético Mineiro has always been based on respect, education and esteem. And that’s how it will always be!” the club wrote.