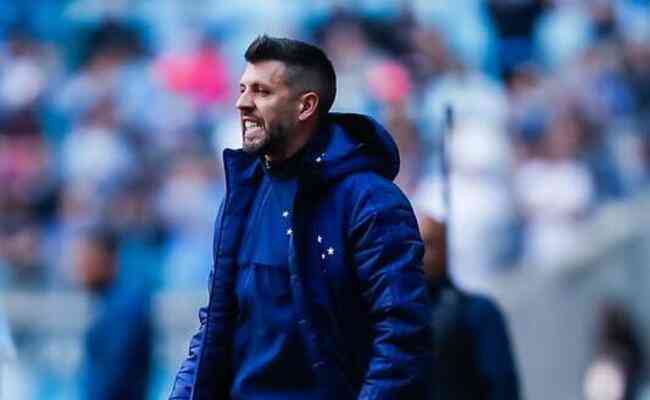 Referee Brulio da Silva Machado (FIFA/SC) justified on the scoresheet the expulsion of coach Paulo Pezzolano in Cruzeiro’s 2-2 draw with Grmio, this Sunday (21/8), at Arena, in Porto Alegre-RS, for the 25th round of Serie B of the Brazilian Championship. The Uruguayan coach was excluded from the technical area in the final stretch of the game.

Energetic from the start of the game, Pezzolano received some ‘scolding’ from fourth referee Lucas Guimares Rechatiko Horn (RS) before being cautioned by Brulio. The referee gave the celestial coach a yellow card in the first half, in the 33rd minute.

On the score sheet, Brulio reported that the first card was applied after the coach “complained and protested ostensibly and offensively against the referee’s decision”. The second was for “persisting in protesting in an exalted manner, with gestures punching the air.”

Confused in the stands