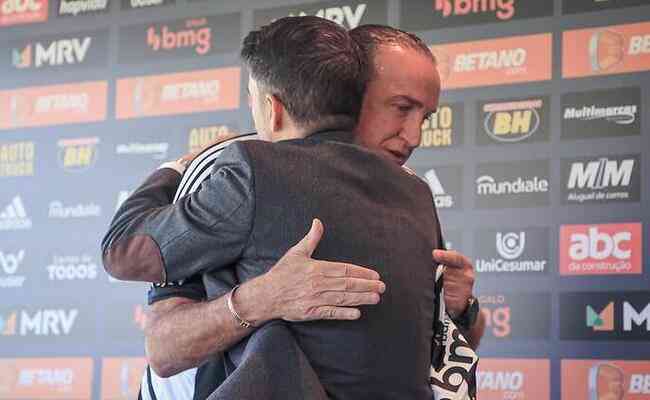 Is Cuca in the Atltico in 2023? Technician ‘escapes’ in response about future

Will coach Cuca continue at Atltico in 2023? The question often repeated by Alvinegro fans was asked to the coach during a press conference on Monday afternoon (22). The answer, however, was not yet blunt.

“We didn’t say anything about it (renewal)”, pointed out the coach, who returned to Cidade do Galo a little less than a month ago, with a contract valid only until the end of this season.

The remainder of Atltico’s 2022 only reserves matches for the Brazilian Championship, as the team was eliminated from Libertadores and Copa do Brasil. Galo occupies the seventh position in Serie A, with 35 points – 14 less than the leader Palmeiras -, and has less than a 1% chance of winning the title. Despite this, Cuca does not throw in the towel.

“We have 15 rounds this year to finish the championship, so we can do our best. The title is a long way off, but we haven’t thrown in the towel yet. It depends on a fantastic run, but anything in football can happen. is committed to it. Then we talk about it at (renovation) very calmly”, he concluded.

At this moment, the board of Atltico wants the coach to remain in the next season, which should be marked by changes in the squad. The decision, however, will be taken in the future. At the moment, the club focuses on trying to recover. After all, the team only managed one victory in the last eight matches.