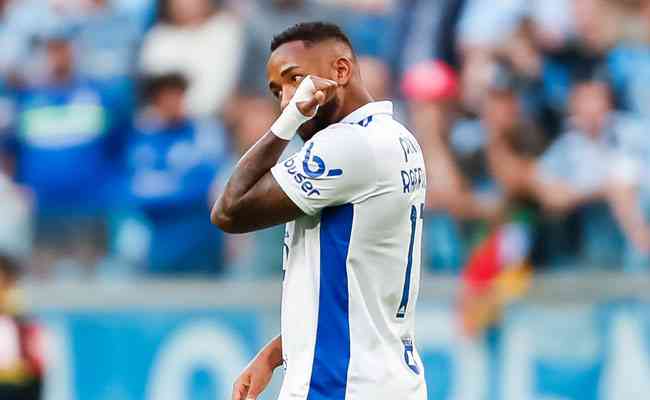 Striker Rafa Silva hopes to finally enter the fight for title at Cruzeiro. This Sunday (21), he was the author of the equalizer with Grmio, by 2 to 2, at Arena, in Porto Alegre, for the 25th round of Serie B.

Rafa replaced Chay in the final stage and scored the goal that defined the result in the 27th minute. Well positioned, he took advantage of a failure by goalkeeper Brenno to leave everything the same in the Grêmio home.

The forward now has four goals in 11 games for Cruzeiro, nine of them for Srie B and two for the Copa do Brasil. He also contributed two assists.

The 30-year-old appears as a good option at the exact moment when the then starter, Edu, loses ground with coach Paulo Pezzolano.

Against Grmio, for example, the front line was formed by Daniel Jnior, Chay and Luvannor (scorer of Cruzeiro’s first goal). Edu was on the bench all the time. Who also entered the attack in the second half was Lincoln, ex-Flamengo, signed from Vissel Kobe of Japan.

“I’ve been working hard, always looking for opportunities, and when I have, I try to do that, score goals, make a difference. It’s more important for the whole group,” said Rafa Silva after the draw with Grmio.

After drawing, Cruzeiro followed better in the game with Grmio, but could not turn the score away from home. In the attacker’s view, the result met the expectations of the squad. “Our team plays to win, but the draw, due to the circumstances, the pressure of their team, was a good size”.

Rafa Silva closed his analysis by asking Cruzeiro to put his feet on the ground in the sequence of Serie B. The club is firmly on its way to reach Serie A and the title, but it needs to maintain regularity in the final 13 rounds.

“We won the advantage, as a result of our work, but we have to remain focused until the last match. Nothing has been decided yet. We have to keep our feet on the ground so that in the end everything will work out”, declared Rafa Silva.

Cruzeiro’s next opponent will be Nutico. The match will take place on Friday (26), at 9:30 pm, at Independência, in Belo Horizonte, and is valid for the 26th round of Serie B.