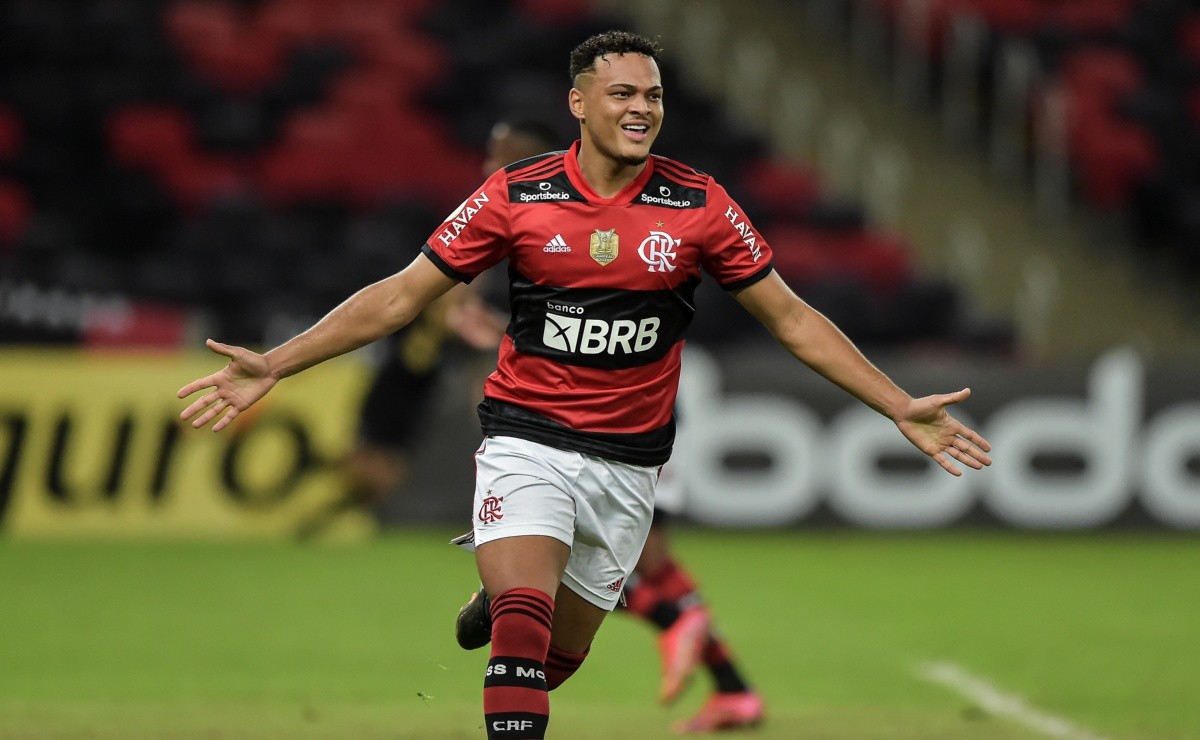 Rodrigo Muniz is presented as the new number 9 of the English team and the web likes: “I think it’s a good one because…”

The player was at Fulham, in London, and will now play for another club in the British country.

The flamengo player usually keeps an eye on a create from the base when it is traded with European football. In recent years, many young athletes trained at Ninho do Urubu were sold with promise status to the Old Continent. Lucas Paquetá and Vinícius Júnior are just the two biggest examples of success formed by the Club, but not the only ones.

The sale of these athletes made enough money in recent years to assemble and maintain the strong squad of Rubro-Negro. If the whole of Brazil debated so much luxury that it was to have Gabigol and Pedro in the attack, in addition to the quality reserve bank, much is due to these transfers. Another name that stayed in the professional team for a long time, and was soon traded to England, was the forward Rodrigo Muniz. The boy came up helping Flamengo a lot in Serie A matches and quickly went to Fulham.

At just 21 years old, the striker had been a reserve for top scorer Mitrović, a Serbian with a VIP presence in his country’s national team. Due to the lack of space for the Brazilian, the London team traded him to Middlesbrough. On loan, the player arrives at the Club with passages through the Premier League, but is currently in the English Second Division. Muniz was presented with the shirt 9, exciting the web.

Flamengo supporters expressed themselves on the internet in a positive way about the negotiation. What some red and black people defend is that, in the new Club, Rodrigo Muniz will be more likely to show his football, with a likely spot in the starting lineup. The striker has a contract with Fulham until 2026, and will stay on the new team until the middle of 2023.

Previous The first edition of the TVCine FEST festival has been revealed, which already has a date and venue
Next End of cycle? Speculated at Manchester United, Antony is missing at Ajax; Attacking coach criticizes