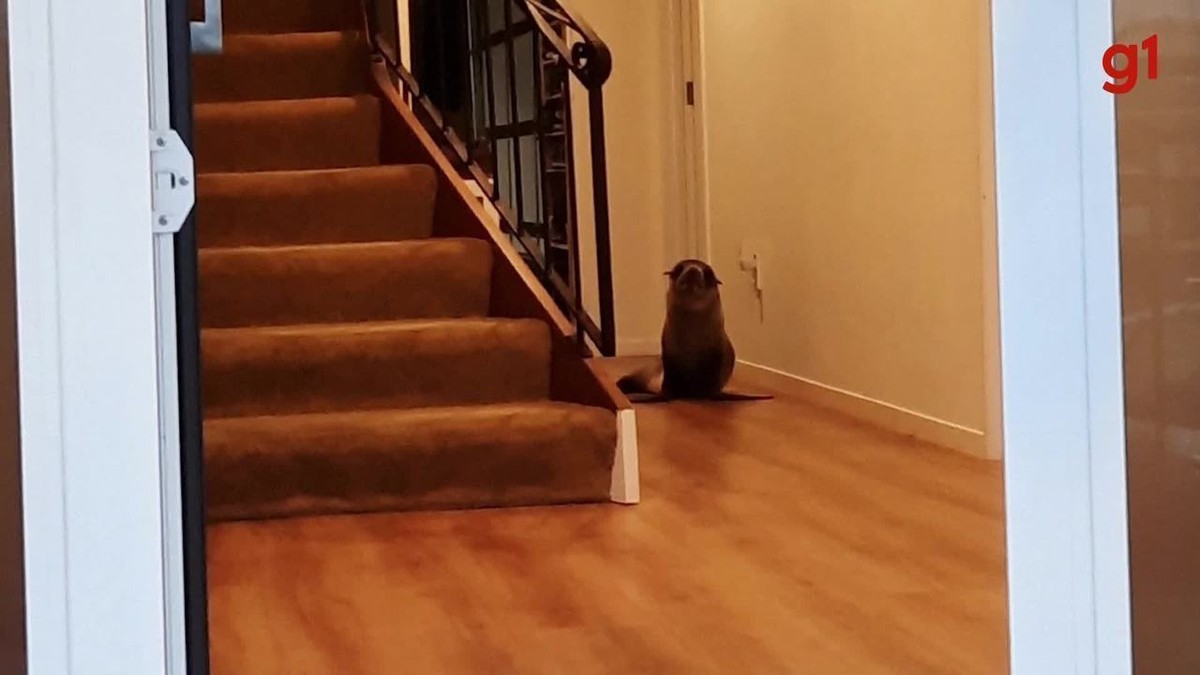 Jenn Ross got a fright when she arrived home on Wednesday morning (17): a seal was standing in the hallway of her home in Mount Maunganui, New Zealand. The animal scared Coco, the family cat, and even came to rest on the couch.

After waking her children up to the news that a seal had “invaded” the house, she called her husband Phil, who was at work. For him, who is a marine biologist, the situation was somewhat ironic: “I try to bring my family to some cool places I go to work, but on this occasion the work came home,” she said.

The family believes the animal, nicknamed Oscar, followed Coco into the house. The cat, meanwhile, seems to have grown scared of the “guest” and is still reluctant to go downstairs and wander where the seal has been.

They said that while it is not uncommon to see seals around the area as they live close to the coast, this was the first time they had heard of one entering someone’s home. “We couldn’t even smell the seal, obviously a very nice guest,” commented Phil. “And she didn’t poop on the rug or the couch she was sitting on, which was fantastic.”

The Department of Conservation ranger who captured Oscar said he had a busy morning with seal-related calls. Authorities suspect bad weather caused the situation.

Previous Fla’s focus on the Copa do Brasil comes in handy for Palmeiras in the Brasileirão – 08/22/2022
Next Michel Araújo gives a positive response and appears as an alternative in Fluminense: “Perfect performance” | fluminense