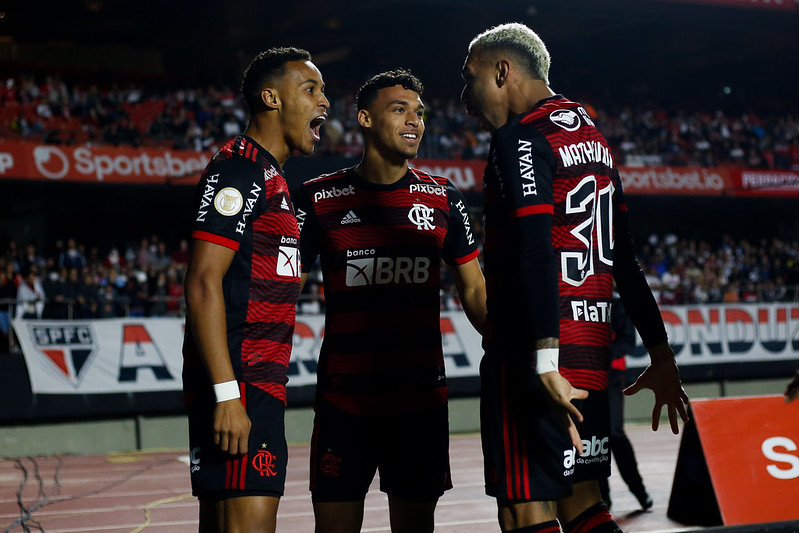 sold out tickets for visiting fans in Morumbi

After beating Athletico-PR 1-0 at Arena da Baixada and securing a spot in the semifinals, Flamengo knows when and against whom they will compete for a place in the final. The next opponent will be São Paulo, who passed by América-MG in the quarterfinals.

Therefore, Flamengo and São Paulo will play the first match of the confrontation next Wednesday (24), at 9:30 pm, at the Cicero Pompeu de Toledo Stadium, known as Morumbi. Subsequently, on September 14, at 9:45 pm, the decisive return game will be held at Maracanã.

Therefore, the sale of tickets for Flamengo fans for the first match of the qualifier, in Morumbi, started at 10 am this Sunday (21). However, tickets quickly sold out. On the website, it was possible to access the place for the purchase, but then the error message appeared, because there was no ticket available.

Flamengo and São Paulo face each other for the semifinal of the Copa do Brasil shortly after Rubro-Negro goes to Morumbi and wins 2-0 with the reserve team, for the Brazilian Championship. But it was this time, the last times the teams faced each other, Flamengo has gotten the better of it.

Tickets for the return game at Maracanã

But for the return game, at Maracanã, ticket sales start next Tuesday (23), at 9 am, for Nação supporters. The cheapest ticket for the general public costs 160 reais and can be purchased on the website flamengo.superingresso.com.br. But once again, on the advice of the security authorities, one of the biggest benefits of the partner program cannot be used.

But fans who transferred the Maracanã Package from 2020 to 2022 already have their tickets guaranteed in their shopping cart.

Access to the stadium will be made exclusively via physical ticket, that is, the ticket card cannot be used by the club’s supporters.

So, see when, how to buy and prices for Flamengo vs São Paulo

But what about the values:

However, ticket exchange points have not yet been informed by the club and will be announced soon. But what is confirmed is that there will be an exchange of tickets, it will not be possible to use ticket-card. So stay tuned for the hassle-free exchange on game day.

Previous Milton Neves wins the Brasileirão, Copa do Brasil and Libertadores
Next The first edition of the TVCine FEST festival has been revealed, which already has a date and venue