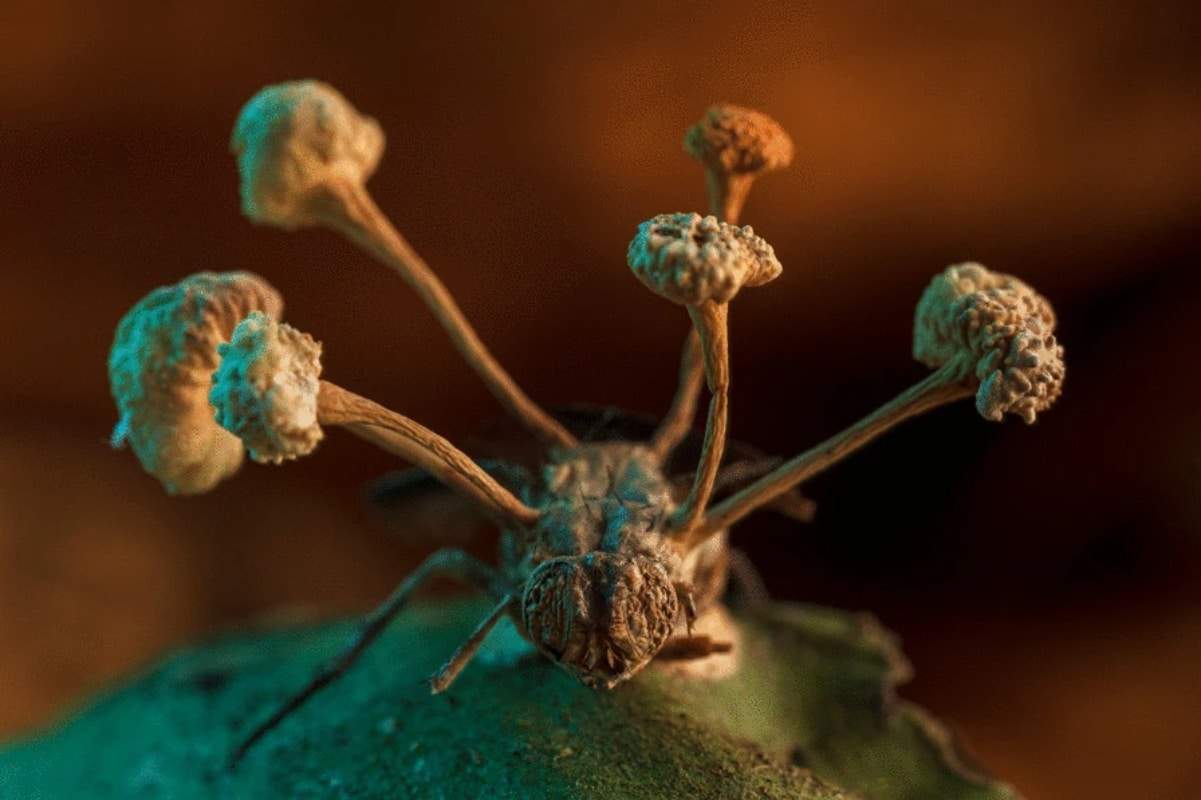 The stunning image of a zombie fly with fungus sprouting from its body won the BMC Ecology and Evolution image contest. And it was no accident. The capture made looks like something out of science fiction.

In the photograph, it is possible to see in great detail on the insect the spores of a fungus called Ophiocordyceps, a genus of the Ophiocordycipitaceae family. The author of the award-winning image is Roberto García-Roa, an evolutionary biologist and conservation photographer affiliated with the University of Valencia, Spain, and the University of Lund, Sweden.

Roberto took the picture of the poor zombie fly while walking through the Peruvian jungle. The fungus in question belongs to the Cordyceps family, which has more than 400 different species, each targeting a particular insect species.

A mind-controlling fungus to help nature

From ants to dragonflies, cockroaches and beetles. There are a range of victims in the mind-controlling fungus family. And despite this aggressive way of “living”, the fungus has an important function. It is an example of nature’s own population control mechanism to ensure that ecological balance is maintained.

The fungus acts by infiltrating the exoskeleton and brain of the host through spores spread in the air. Once inside the victim, the spores sprout long tentacles called mycelia.

Eventually, these tentacles reach the host’s brain and release harmful chemicals, which “zombify” the victim. Now, already controlling the mind of the host, the fungus makes the zombie move to a more favorable place to be able to thrive and grow.

Meanwhile, it slowly eats the host… and it also sprouts new spores all over the victim’s body, as shown in the image of the zombie fly. The thing doesn’t stop there. The buds burst and release even more spores into the air, which infect other unsuspecting victims.

Roberto’s award-winning photograph was featured with eight other stunning images in the magazine. They were chosen by the editor of BMC Ecology and Evolution and senior members of its editorial board. The competition aimed to give ecologists and evolutionary biologists the opportunity to use their creativity to celebrate the research they do and the intersection of art and science.

Previous Flamengo arrives in Rio after a draw with Palmeiras, for the Brasileirão | Flamengo
Next Rafa Silva scores over Grmio and heats up fight in Cruzeiro’s attack