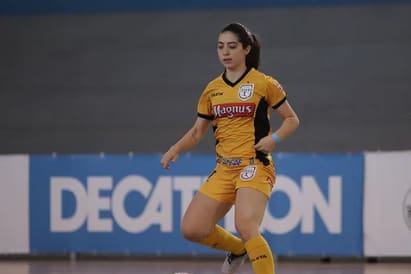 Who is Pietra Medeiros, futsal player who died at age 20

Honored by big names in the sport, Pietra Medeiros was a wingman of Taboão Magnus. The athlete of the women’s futsal team from Taboão da Serra died at the age of 20 after being diagnosed with autoimmune hepatitis.

She underwent liver transplant surgery on Wednesday afternoon (17), but could not resist and died two days later, on Friday (19). Pietra had been out of training for a few weeks. “It is with great regret that we communicate the death of our athlete Pietra. We thank everyone who joined in these last challenging days and prayed for her. We wish a lot of strength to all her family and our group. The photo is in color and with that beautiful smile “, says an official note published on the team’s official profile on Instagram.

Pietra attended the club since she was a child, having followed it from school to professional, where she played for the main team and under-20.

Winner of the Paulista Championship, the Supercup, the New Women’s Futsal Brasil and the runner-up of the Brazil Cup, the athlete crowned her career in June, when she won the Libertadores de Futsal Women’s title in Bolivia with her team.

It was after the conquest that she received the diagnosis of the disease, and was hospitalized. The team honored her on the field and posted updates on the athlete’s health status on social media, where they invited people to pray for Pietra’s recovery.

“Whatever your religion or belief, at home, at work, let’s go together in a chain to ask for recovery to continue,” reads one of the posts, published on August 10th.

On the same day, the Sub-20 Metropolitano final was postponed, at the request of Taboão. The team would play the match with Pinda, but contacted the Paulista Federation asking for a postponement. “All athletes and commission are emotionally involved and shaken by what happened, and therefore, unable to promote the game,” reads the statement.

The athletes who played with Pietra learned of the athlete’s death on Saturday (22), shortly after the match played against Female, in Chapecó (SC). The game ended 4-1 for Santa Catarina.

Videos on the internet show the moment when Gi Portes starts to give an interview representing the winning team and realizes the commotion around him.

“Our team comes from a little difficult matches, it wasn’t finding itself on the court, but… ah, no…”, she says, and crouches down with emotion. Then the reporter calmly walks away and colleagues approach to comfort her.

On social media, Pietra received tributes from Falcão, Amandinha and their teammates.

According to a statement released in the stories of Taboão Magnus, a ceremony in honor of the athlete was held this Sunday morning (21). At 10 am, the body went for cremation, at the Valle dos Reis Cemetery, in Taboão da Serra. (Folhapress)