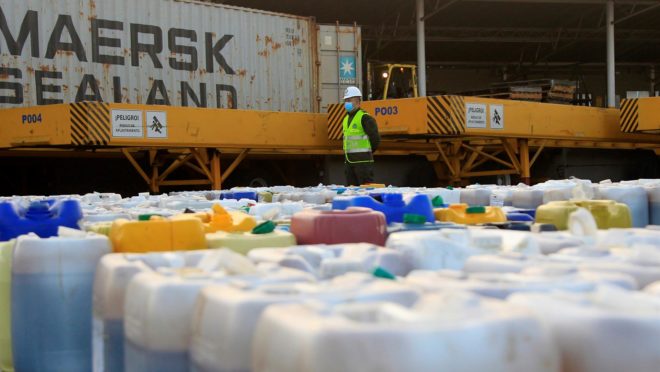 After presenting a marijuana bill, Petro’s party wants to legalize cocaine in Colombia

In an interview with CNN last weekend, Colombian senator Gustavo Bolívar, from the Historical Pact, the party of President Gustavo Petro, said that the party is considering proposing the legalization of cocaine production and consumption in the country, if a bill of newly introduced law in Congress to legalize the recreational use of marijuana.

“We will never achieve peace in Colombia until we regulate drug trafficking,” said Bolívar, one of the signatories of the marijuana bill.

“Not even the United States, with all its power and money, could win the war on drugs… At the moment, Colombia produces more drugs than when Pablo Escobar was alive, there are more consumers, more producers. Drug trafficking is growing despite the money we invest to fight it and the thousands of deaths we suffer,” claimed the senator, who is close to Petro.

In the CNN interview, Bolívar said that legalizing marijuana would only be “a small change in the drug business” and that the big cartels profit mainly from cocaine.

“And people in Colombia and Mexico will continue to die as long as we look at the problem with hypocrisy,” he said, citing the ideas of a network of state-regulated dispensaries where cocaine could be sold on prescription and regional agreements with other producing countries. of the drug.

“We could, for example, make a small treaty in our countries to modify the 1961 Narcotics Convention and plant the first flag of legalization in the world, and other countries could join”, concluded the senator.

“If we give them free to addicts, whether intravenously, by inhalation, or by mouth, the demand ends. Nobody will buy again. Why would I buy if they [Estado] give me? And if nobody buys, because it is distributed, the offer is over and the drug is over. It’s the only way, otherwise, the drug continues. And the more deaths and violence there is to clamp down on production, the price goes up because the risks increase,” he said.

Previous What made Anitta leave the Nubank board?
Next Rosalía makes a memorable show in Brazil and wins after Ludmilla – Portal PopNow