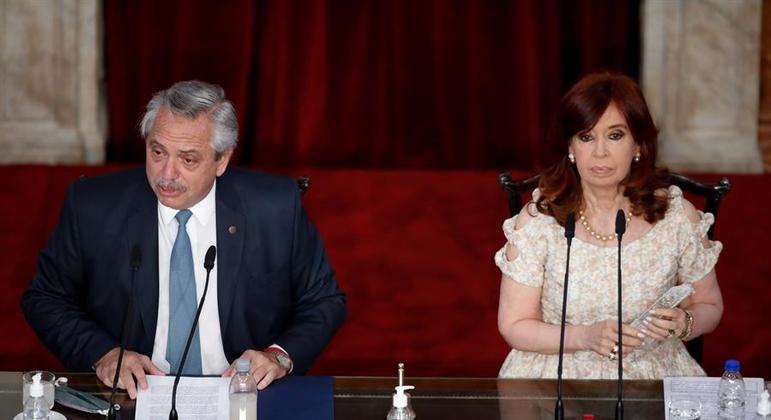 Argentina’s government criticized a request made on Monday (22) by a prosecutor for the country’s vice president, Cristina Kirchner, to be sentenced to 12 years in prison for alleged corruption when she was head of government.

“The national government condemns the judicial and media persecution against Vice President Cristina Fernández de Kirchner, which was expressed today, once again,” the presidency said in a statement.

In a final allegation in the trial that has been taking place since May 2019, prosecutor Diego Luciani asked the court to sentence Cristina to 12 years in prison and prohibit her from holding public office.

The 69-year-old former president and current vice president is accused of allegedly having committed crimes of illicit association and fraudulent administration of public funds.

The case involves alleged irregularities in the award of 51 public works contracts in the province of Santa Cruz to companies belonging to businessman Lázaro Báez during the mandates of Cristina (2007-2015) and her husband, the late Néstor Kirchner (2003-2007), that preceded her in the presidency.

According to the government of the current president, Alberto Fernández, the “judicial persecution endorsed and promoted by different media, the abusive criminalization of the figure of illicit association and the imposition of preventive detention as an early sentence” are “aspects that contradict the dogmas of the criminal law” in the rule of law.

“None of the acts attributed to the former president has been proven, and the entire accusation against her refers only to the role she performed during that period, which regrettably degrades the most elementary principles of modern criminal law”, reads the text.

The government reiterated its “adherence to the constitutional principle of innocence and the full validity of the democratic functioning of justice, the right to defense and equality before the law”, and said that it “will continue to fight for a judicial reform that guarantees these values ​​to all “.

In a personal note, Alberto Fernández stated that “it’s a very thankless day” for someone who, like him, “grew up in the family of a judge, grew up in the world of law and has been teaching criminal law for more than three decades”. The president reiterated his “deepest affection and solidarity” towards the vice president.