“A historic partner”, as Roberto Fabri, VP of Content and Brand at CCXP, defines when announcing Netflix once again as a confirmed presence at the biggest pop event in the world that takes place exactly 100 days ago. And to celebrate, the entertainment service guarantees presence and promises to again surprise fans with its attractions and announcements, yet to be confirmed.

The partnership began in the first edition in 2014, when Netflix brought the cast of the Marco Polo series to its panel and presented a booth with costumes from the first season. Also on site, visitors could taste foods inspired by other series such as Orange is the New Black and House of Cards.

In 2015, Netflix brought the duo David Tennant and Krysten Ritter to promote the series of superheroine Jessica Jones. With a cast of Sense8 and The Ridiculous Six, the panels were marked by the presence of actors Adam Sandler, Taylor Lautner and Terry Crews (with the right to rip a shirt on stage and perform the famous dance of his character in the movie As White). Orange is the New Black, Better Call Saul and Narcos were present at a huge stand that also featured costumes from the Daredevil, Jessica Jones and Marco Polo series.

With actor Neil Patrick Harris on stage, Netflix in 2016 introduced the evil Count Olaf from his adaptation of A Series of Unfortunate Events. Another much talked about subject was the revelation of the cast of the national series 3%. At the booth, fans of the world’s leading streaming entertainment service enjoyed Instagrammable spaces from Stranger Things and Narcos.

In 2017, all the paradigms of what it was like to be present at CCXP were broken with Will Smith walking around the pavilion in costume and dragging a crowd! Along with actor Joe Edgerton and director David Ayer, they took the Thunder stage to promote the film Bright, which brought together more than 3500 fans for an exclusive screening of the action film. Another highlight was the presence of the cast and the unprecedented airing of the Altered Carbon series. In the pavilion, the stand had promotional spaces for the Star Trek Discovery and Big Mouth series.

In 2018, Noah Schnapp, Caleb McLaughlin, and Sadie Sink had fans screaming when they checked out an exclusive Season 3 teaser during the Stranger Things panel. Who also took the stage was Sandra Bullock to tell more about her experience in the movie Bird Box. Another series promoted that year with the right to a massive activation at the stand was La Casa de Papel. Another highlight was the panel of Mogli – Entre Dois Mundos, which made the talented Andy Serkis feel the warmth of the Brazilian fan. Finally, the participation that cannot fail to be mentioned was the presence of Elliot Page, Tom Hopper, Gerard Way and Gabriel Bá to talk about The Umbrella Academy and reveal the first teaser.

To the delight of fans, in 2019, Brazilians were surprised by the appearance of Henry Cavill, protagonist of the series The Witcher, in addition to the participation of part of the cast of La Casa de Papel. Among them were Pedro Alonso, Alba Flores, Darko Peric, Rodrigo de La Serna and Esther Acebo. The company’s stand bet on a facade of the Spanish Mint to attract the public. Among the titles worked on this year within the space were Chilling Adventures of Sabrina, SAINT SEIYA: Knights of the Zodiac and The Haunting of Hill House. Still at the panels, Netflix also surprised everyone with the arrival of Ryan Reynolds and director Michael Bay, who spoke about the movie Squad 6. At the stand, Black Mirror fans could see items from the series and enjoy a replica of the mall in Stranger Things. Finally, to promote the movie El Camino, Netflix created an immersive space where Breaking Bad fans could go through several iconic scenes from the franchise and take photos and videos.

In the latest virtual edition of CCXP Worlds, due to the pandemic, Netflix brought news about the final stretch of the series La Casa de Papel. The panel featured the protagonists taking a risk in Portuguese and singing ‘Garota de Ipanema’. In addition to the Rebel remake, the JoJo’s Bizarre Adventure anime and a teaser for The Texas Chainsaw Massacre: Leatherface Returns, Netflix presented the feature Don’t Look Up. The film’s director, Adam Mckay spoke about the film and what it was like to work with a star-studded cast, including names such as Jennifer Lawrence, Leonardo DiCaprio, Meryl Streep, Cate Blanchett, among others.

Currently, CCXP22 has tickets available in the Thursday, Friday, Sunday, Epic and Unlock ticket categories. For fans who are still interested in acquiring their credentials, just access the event’s official website.

Previous The Myths About Coffee and Wine You Might Still Believe – 8/22/2022
Next Libertadores or Brazilian? Raphael Veiga says what Palmeiras’ focus is 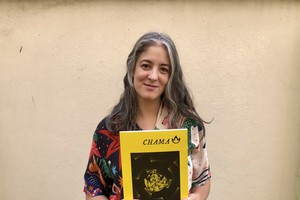 The production value was 340 million dollars due to the high salary of the actors, …