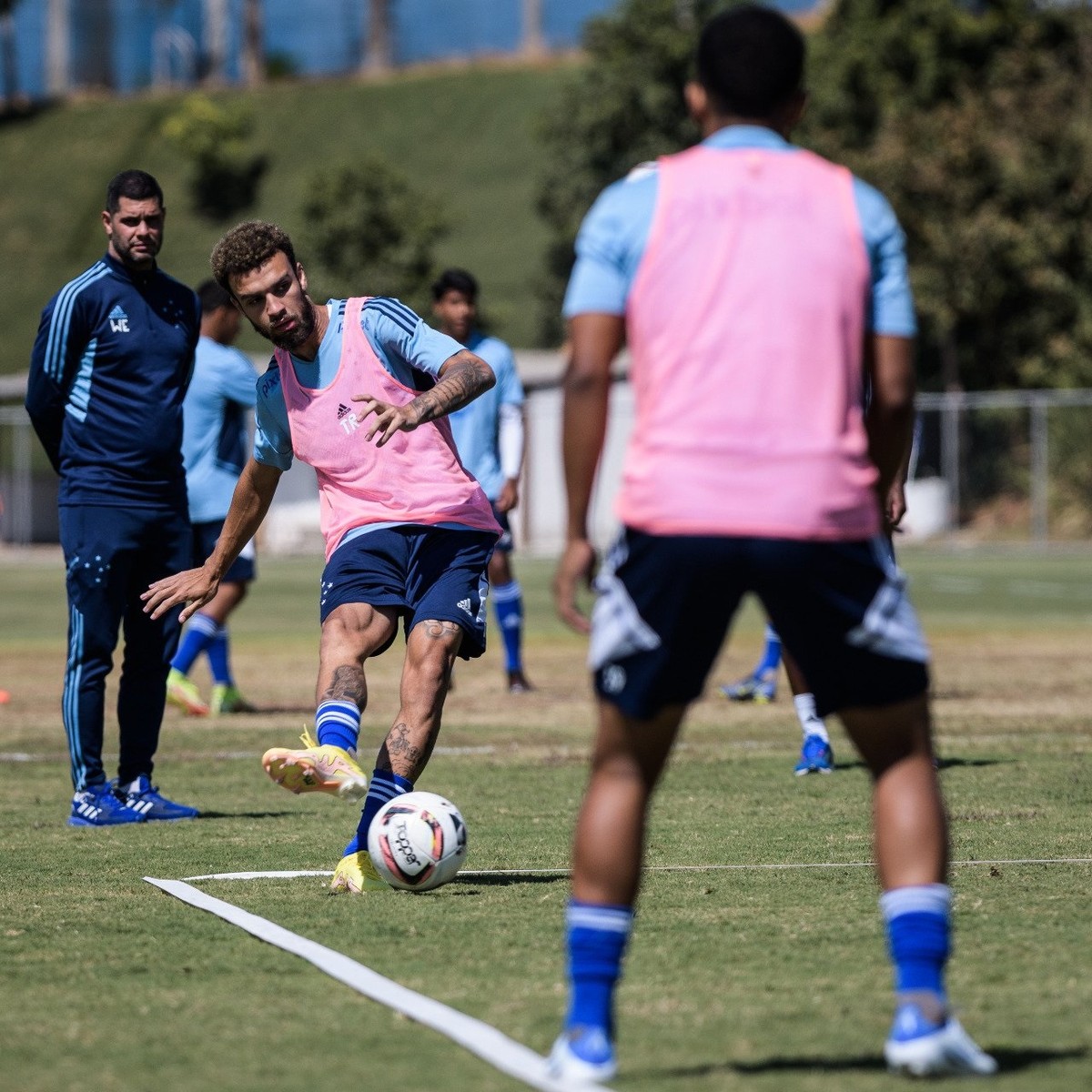 Cruzeiro: Jajá returns to training with a group; Pezzolano has news against Náutico | cruise

Cruzeiro has news for the match against Náutico, on Friday, at 21:30 (Brasília), at Independência, for the Brazilian Series B. The main one is the return of Jaj, who already trains with the group, after suffering an injury in mid-June.

On June 14, Jajá was diagnosed with a partial injury to the posterior cruciate ligament in his left knee. The striker underwent conservative treatment and had been a starter, until he was injured against Vasco.

Due to the long time without acting, Jajá is still not sure of being related against Náutico. The player was observed by the Department of Health in the activity. It becomes a new attack speed option for the Serie B continuity.

Geovane Jesus and Leo Pais are also back in training with the group. Last week, they started transition activity. They are more likely to be on the roster for Friday’s game.

Geovane has been out of action since the match against Brusque, away from home, at the end of July. He had a muscle injury in his right thigh. In turn, Léo Pais has been out since July 27, due to an injury to his right foot.

Who also had an evolution in the treatment is the forward Waguininho, today without space with Paulo Pezzolano. He started work in the transition field, after an injury was also found.

The starting athletes against Grêmio did light activity in the gym and also on the lawn. Those who did not play, or joined during the match, participated in an activity with athletes who are part of the U-20. All under the supervision of Paulo Pezzolano. Cruzeiro is the leader of Série B with 54 points and defends an unbeaten streak of eight matches.

Previous Historic partner of the event, Netflix confirms participation in CCXP 2022
Next Understand new fraud that can affect your cell phone