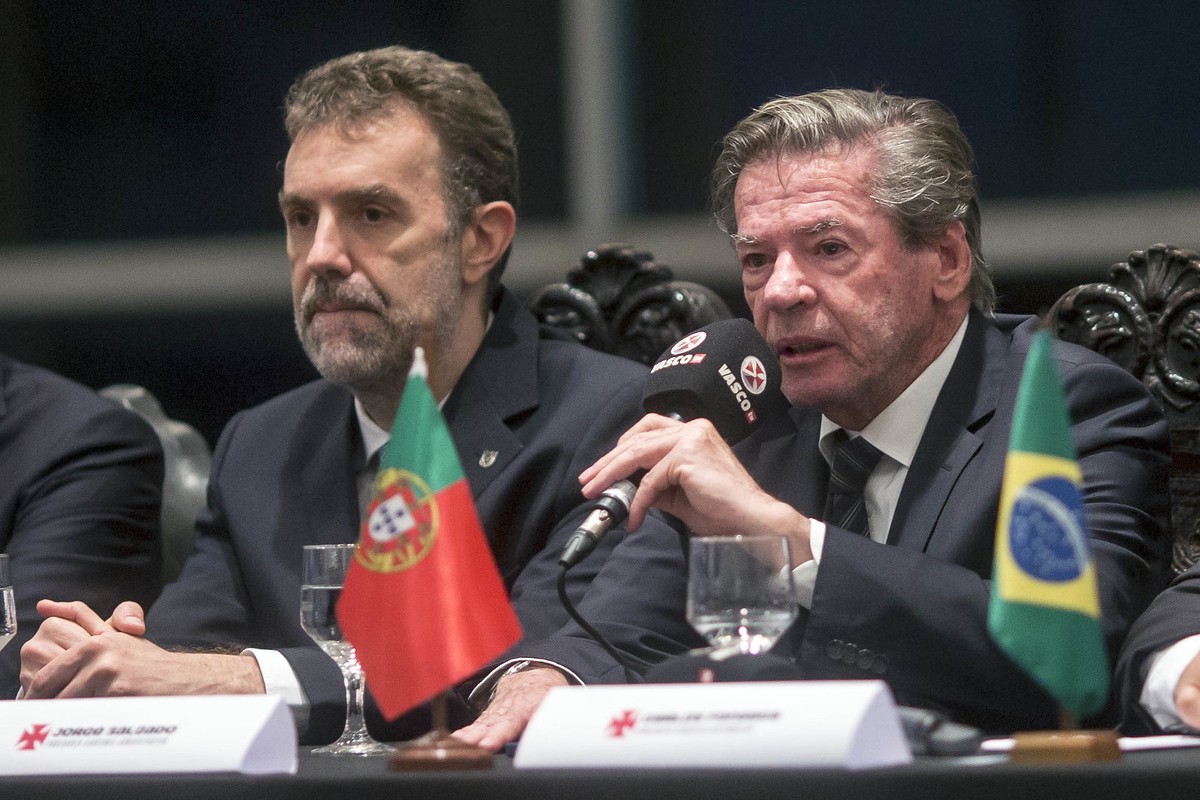 + Quintero plans Bahia vs Vasco on Sunday: “A final”

Salgado explained to Ferj’s top management that Vasco has no way of paying off the debt before the R$120 million contribution from 777 Partners, which will only be carried out after the transfer of assets to SAF. The parties seek an agreement, and the issue is now with Vasco’s and the Federation’s legal experts, who are working on the preparation of a document in which Vasco undertakes to pay part of the amount immediately after receiving the funds from the American group.

There is optimism that everything will be resolved this week. The Federation convened a meeting for the afternoon of this Wednesday to deal with Vasco’s request for reconsideration.

The obligation to pay off or renegotiate the debt, described in Ferj’s Regulation and Guidelines document published in February, was already on Vasco’s radar, which in recent days had been trying to negotiate this condition with the federation. Last week, a delegation from Vasco with CEO Luiz Mello, VP Legal Zeca Bulhões and other directors went to the entity’s headquarters precisely for this purpose.

There was an expectation that Ferj would allow Vasco to make the payment after SAF registration, but a meeting of the entity’s board convened solely to discuss the matter decided that there could be no exception. The understanding is that a contrary decision could harm equality, since Botafogo was obliged to pay off its debt before completing the transition to SAF.

According to the last financial statement released by Vasco, in April of this year, the club’s debt with Ferj was R$6.8 milliondescribed as follows:

“These are amounts due, almost entirely, for payments made by the Football Federation of the State of Rio de Janeiro (Ferj) for operating expenses of football matches, mainly in the 2017 fiscal year, which were not reimbursed to the Federation when the incidents occurred. referred to sporting events, with no contractual interest rate”.

Ferj opened the possibility of debt renegotiation, that is, Vasco can pay a down payment and pay the remainder in installments. But the club is facing a major financial problem at the moment, which is one of the reasons it is in a hurry to complete the transition from SAF and seal the sale of 70% of the shares to 777 Partners. The first contribution of R$ 120 million will be made immediately after that.

In the fight to return to the elite, Vasco tries to control anxiety

An advance from 777 to pay off its debt to Ferj is not currently in the cards. A transition like this would have to be treated as a new loan, with the need for approval by the Deliberative Council.

Vasco seeks a faster solution. The club’s fear is of delaying the payment of salaries – the ge found that Jorge Salgado had to take money out of his own pocket to close this month’s payroll. If Vasco is not able to register the SAF in Ferj and CBF this week, the next window will probably only be after the game against Brusque, on September 3, when the month will already have turned.

Vasco’s schedule was to complete the registrations this week to, at the beginning of the next, sell 70% of the shares to 777. The game against Bahia, next Sunday, would therefore be the first under the registration of Vasco SAF .