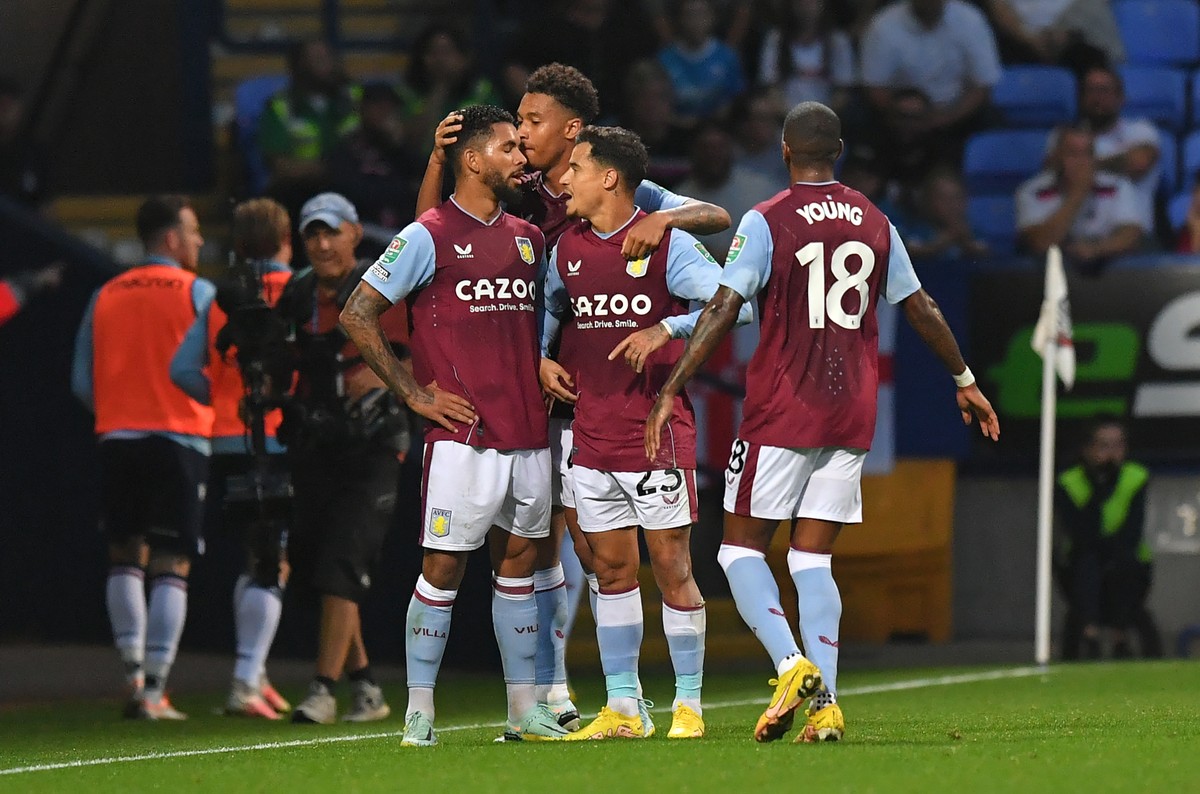 – I don’t know if it was the most beautiful goal of my career, I’ve already scored some very beautiful ones, including with Villa’s shirt, but the Olympic goal is special. It’s a kind of goal that is very rare. I managed to catch the ball well and it took a nice turn. Important goal for the moment of the match, it gave us tranquility to seek victory and classification – said Douglas Luiz.

Douglas Luiz scored an Olympic goal in the 4-1 rout over Bolton Wonderers for the English League Cup — Photo: Getty Images

Interestingly, Douglas Luiz had scored an Olympic goal in Aston Villa’s training session on Monday, the day before the match. The club posted the video on social media:

Despite the score, classification did not come easily for Aston Villa. Repeating the performance below expectations of the defeat by Crystal Palace, by 3 to 1, last Saturday in the English Championship, Villa started the match suffering.

In the 24th minute, Bolton opened the scoring with Dion Charles and it looked like the dramatic scenario would remain for coach Gerrard. But the Brazilian Douglas Luiz renewed hopes minutes later. In a closed corner kick, the midfielder did not need any teammate to send it to the goal. The shot made the necessary turn to go over goalkeeper Joel Dixon and into the back of the net.

Douglas Luiz also suffered the penalty that was taken and converted by Ings and put Aston Villa ahead on the scoreboard. The third goal came from a shot by Lucas Digne from the right side and Leon Bailey, in the 42nd minute of the second half, gave the game final numbers.