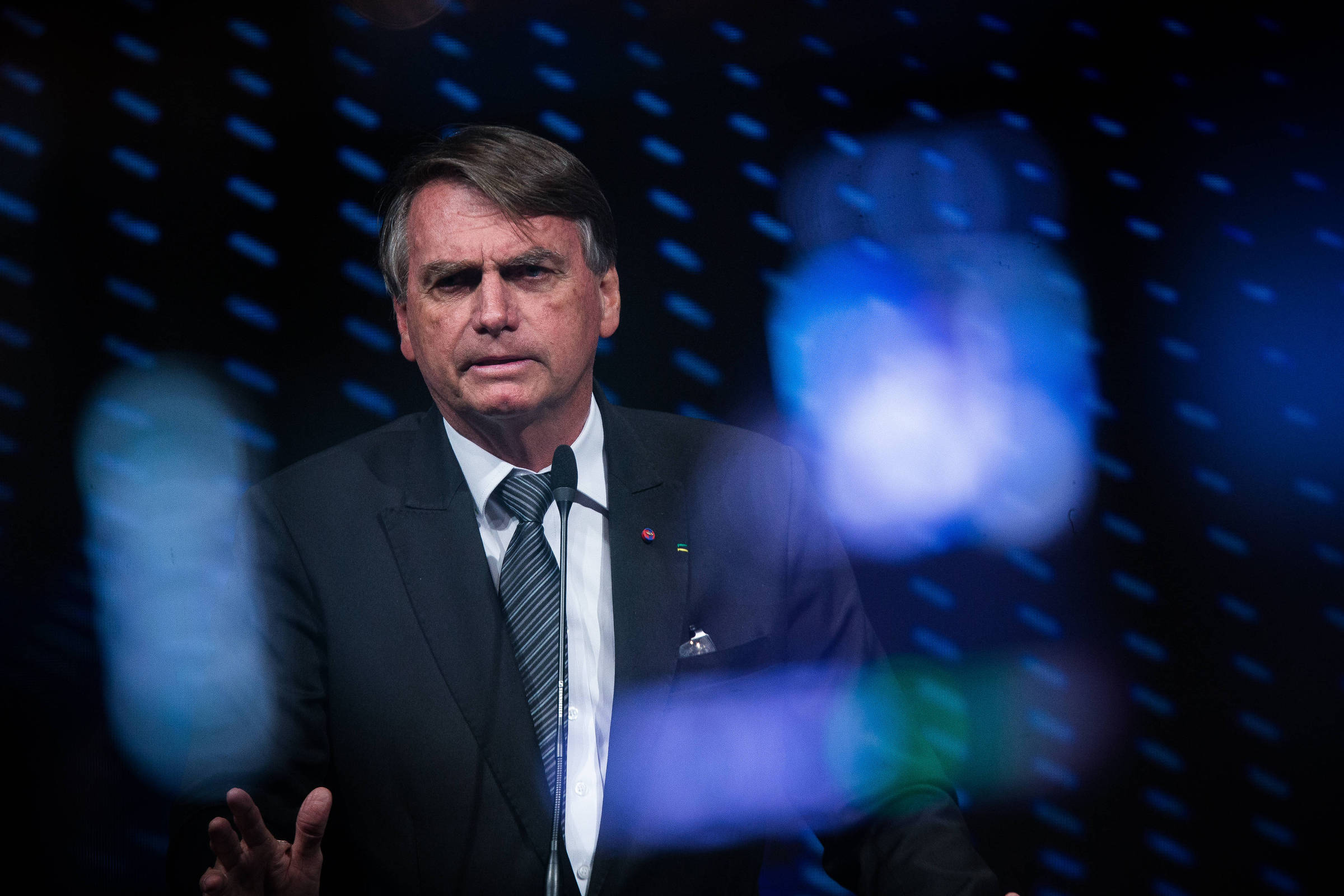 President Jair Bolsonaro (PL) this Tuesday (23) took stock of the economic measures of his three and a half years in government in front of an audience made up of representatives of the steel sector, for whom he once again asked for more attention to niobium and metals. graphene – he was always enthusiastic about the industrial use of these elements.

For almost 40 minutes, Bolsonaro listed achievements of his administration, such as the creation of the ICMS (Tax on the Circulation of Goods and Services) ceiling for fuel and energy, which helped bring down prices at gas stations, the Economic Freedom Act, the revision of regulatory norms (the NRs) and the reduction of the IPI (Tax on Industrialized Products) produced outside the Manaus Free Trade Zone (AM).

He praised Economy Minister Paulo Guedes and said that Brazil will be one of the few countries to end 2022 with a positive variation in GDP, which indicates economic growth. The president also highlighted the drop in unemployment indicators and the deflation registered in July, which should be registered again in August.

“Since the beginning of our mandate we have reduced taxes in Brazil,” he said. “We reduced by a third the IPI, which affects 4,000 products, but is judicialized [o STF suspendeu a medida]. Nobody wants to harm the Manaus Free Trade Zone. If there is any damage, it discusses compensatory measures, but we cannot condemn our industry to run around with an iron ball on one leg and a Chinese man in a loincloth, free, on the other side. We’re going to lose this race.”

Bolsonaro participated in the opening of the congress of Aço Brasil, an entity that brings together the 12 groups in the country’s steel sector, in São Paulo, and brought his candidate for the government of São Paulo, Tarcísio de Freitas (Republicans) in tow. The former Minister of Infrastructure did not speak, but composed the table of authorities at the ceremony. The candidate’s presence took even the organization of the event by surprise.

Bolsonaro did not mention the election period or the campaign, which officially started last week, but in more than one moment he asked those present to imagine what Brazil would be like today if the second place – the current candidate for the government of São Paulo, Fernando Haddad (PT) )– would have been the winner.

He suggested to industrialists that they make comparisons and imagine where Brazil was going.

He criticized the left, whom he called a liar, cited Venezuela, and said that opposition parliamentarians were against the approval of Emergency Aid. The provisional increase in Auxílio Brasil, which the president attributed as necessary to face the increase in food, was only approved with a favorable vote also from parties on the left because, according to him, it would be bad for the election period.

The president also mocked the electronic voting machines. The electronic voting device has been a target for Bolsonaro and his base of supporters, who cast doubt on the integrity of the results.
When commenting on Inmetro’s rule foresaw the placement of chips in fuel pumps, Bolosonaro said that “there is only one thing that cannot be broken in Brazil and you already know what it is.”

Bolsonaro did not name his main opponent in the campaign for the Planalto. In the only clear mention of former President Lula, he called him “nine fingers”—the PT presidential candidate lost a finger in a work accident when he was a metallurgist.

When opening his speech, Bolsonaro defended that “the great legacy of ours is to choose a minister with discretion”. He also repeated some terms used in the interview given the night before to Jornal Nacional, from Rede Globo (which he later called “Globo’s inquisition”), that before his government there were “ducts gushing money.”

“The freedom I had to choose ministers. You wouldn’t know Tarcísio Freitas, I’m sure of that, with another president, who would have to negotiate Dnit [Departamento Nacional de Infraestrutura de Transportes] With everyone. One hell of a deal the Dnit,” she said.

Repeating what he has done at public events, Bolsonaro inserted in his speech mentions of his former ministers who are candidates.

The current holder of the Environment, Joaquim Álvaro Pereira Leite, known as Juca, was presented as “alternate of the [Ricardo] Salles”, who is a candidate for federal deputy.

Marcos Pontes, former Minister of Science and Technology, candidate for the Senate, was also remembered. “Nobody has anything to say about him. He went to space and came back. Graduated by ITA [Instituto Tecnológico da Aeronáutica] and it has really helped Brazil a lot in the matter of science and technology and everyone knows that without science and technology we are condemned to be slaves of other countries.”

At the end of the speech, Bolsonaro mentioned the inauguration of the new president of Colombia, Gustavo Petro, aligned to the left, and said that the country has a big problem.