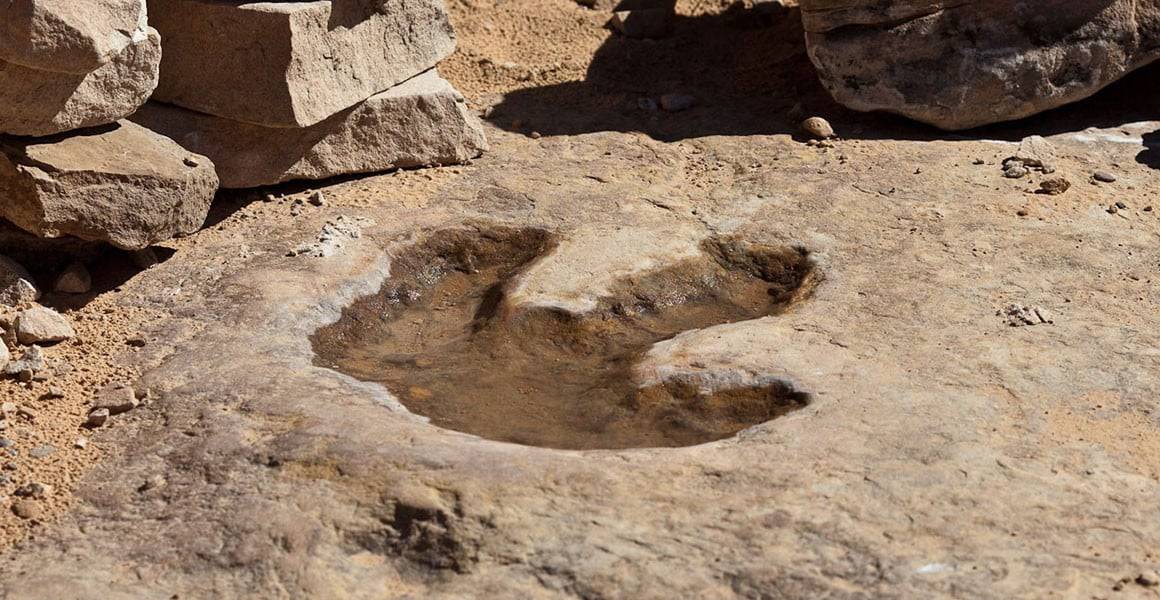 The intense drought that hits the US state of Texas took a new turn with the discovery of a series of dinosaur footprints at the bottom of the Paluxy River, whose water level has dropped considerably due to extreme weather conditions.

The river cuts through Dinosaur Valley State Park, which is close to the city of Dallas and has a large number of dinosaur footprints.

The newly discovered contrails belong to two different classes of dinosaurs, theropods and sauropods. The first had as famous members the tyrannosaurs and velociraptors and had as a characteristic the feet with three fingers and claws. The sauropods, in turn, included the brontosaurus, reptiles with long necks and flat feet like those of elephants. Both disappeared 66 million years ago, making them the last classes of dinosaurs to go extinct.

Experts believe the footprints in question date back to 113 million years ago, to the period known as the Cretaceous, during which the Dallas region was by the sea. according to site of the park, the mud of the region had the ideal conditions to preserve the footprints, since it had high levels of calcium carbonate coming from the shells of the crustaceans that lived there.

Unrelenting weather has plagued Texas in recent weeks, with about a quarter of the state experiencing an exceptional drought, according to the US Drought Monitor.

Other regions of the country face similar scenarios of drought and decrease in the water level of lakes and rivers. Recently, human remains were found in Lake Mead, on the border between the states of Nevada and Arizona. Among the corpses, one stood out for its at least curious situation: the body was inside a barrel and had several bullet holes.

Previous Used as a social network, Buscar app causes problems in the US
Next Pirelli Calendar 2023: models are back in the spotlight