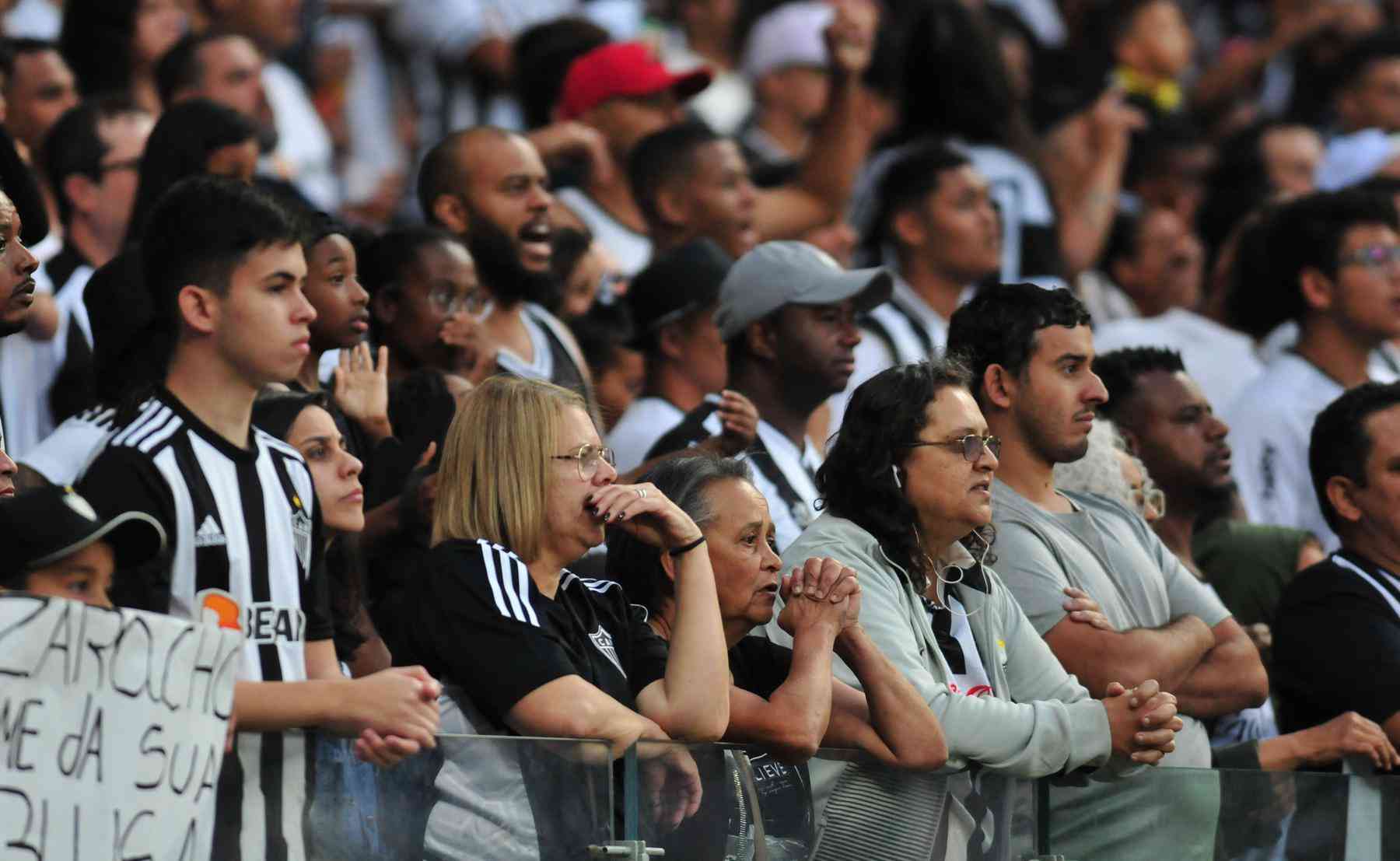 In bad phase, Atltico sees a drop in the number of supporters

Historically, in Brazilian football, the phase of a team directly influences the behavior of its fans. This becomes even more evident when a team is going through a bad time. This is the case of Atltico, which has had a season below expectations after the most successful year in its history and has seen a drop in the number of supporters.

In May of this year, when the team made progress in the round of 16 of the Libertadores and the Copa do Brasil, Atlético reached the mark of 133,000 supporting members. At that time, the Minas Gerais club was the football institution with the largest number of members in Brazil.
Despite this, the course of the season revealed an oscillating team on the field. The bad performances culminated in Atltico’s elimination against Flamengo in the Copa do Brasil and also led to the dismissal of Argentine coach “El Turco” Mohamed.

The disappointing performance is also reflected in the number of supporters. Until the update of this report, Atltico had 121,684 members of the “Galo na Veia” program.

The number remains high and gives the club 2nd place in the ranking of non-defaulting supporters in Brazil. According to the portal goaluntil last August 19, Corinthians had 154,194 members of the “Fiel Torcedor”, being the absolute leader in the national list.

In the budget established by Atltico for 2022, the club from Minas Gerais detailed that it expected to raise R$30 million only with revenue from the members program. According to the 2021 management report, Galo pocketed BRL 13 million with Galo na Veia last year.

What does Atltico say about the number of members?

The club did not want to officially take a position on the recent drop in the number of members or on possible strategies to avoid further losses. However, the supersports found out that Atltico works with the idea that there has not yet been a significant number of cancellations due to the bad phase in the field.

At this moment, it is understood that the drop is also due to payment delays in the automatic debit mode, which tend to stabilize soon. Internally, the club makes plans based on the number of 128 thousand members.

Even with the reduction in Galo na Veia, coach Cuca emphasized that the crowd follows the team’s side. In an interview this Monday (22/8), the captain from Paraná valued the support of the stands and assured that players and the technical commission are in debt with the Atletico fans.

“We have to be strong again at home. We have the support of the fans. Man, the fans sang the entire game! Even losing, the fans sang! We have nothing to complain about. On the contrary, more than 30 thousand people there, in a game against Gois after an elimination in Libertadores. So, we are the ones in doubt: the technical committee and the players”, he said.

Previous Directors were barred from reviewing footage after Warner Bros. Discovery · Rolling Stone
Next ‘In 2023, Mercado Pago should have higher revenue than Mercado Libre’, says senior vice president of the group