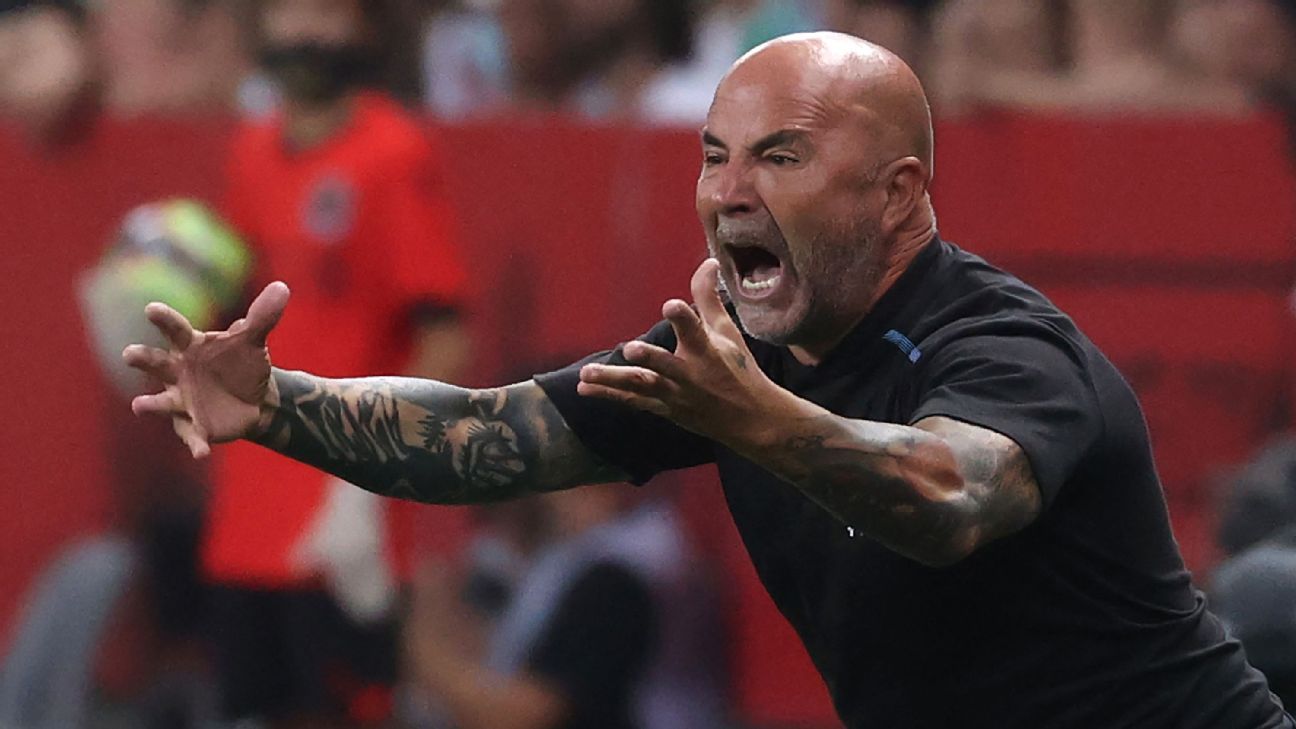 ‘It seems illogical that it was in 14th’

The Argentine coach explained that, for him, football belongs to the athletes and that the coach is the one who needs to adapt

No club since leaving Olympique de Marseille at the end of last season, Jorge Sampaoli gave an interview to the channels SportTV last Monday (22). Among many subjects, the Argentine spoke about the moment of the main teams of Brazilian football, among them, the Flamengo.

For Sampaoli, it is ‘illogical’ that Rubro-Negro has been in 14th place in the Brazilian championship under the command of Paulo Sousa. In addition, the Argentine gave his vision of why the coach’s work did not move forward in the first half of 2022.

“Flamengo, in the current state of mind of the players, with the quality and natural attack sequence, it seems illogical that they were 14th (in the Brazilian). When the coach thinks that the player has to adapt to his style and not the other way around, failure is guaranteed. I still think that football is not for the coach, but for the players”, said Sampaoli.

Currently, under the command of Dorival, Rubro-Negro is in 3rd place in the Brazilian Championship and in the semifinals of Conmebol Libertadores and the Copa do Brasil. For the Argentine, in addition to Flamengo, Palmeiras and Fluminense are the other two teams that play the best of football in Brazil. Interestingly, each of them for some different reason.

“In Brazil there are different teams. Palmeiras consolidated a style of play over time. Flamengo has elite players. Fluminense has in its coach a person who makes the players act the way he wants and is competitive like that,” he said. “The organization of Palmeiras, without too many excellent signings, made the team very competitive”.

With passages through the selections of Chile and Argentinain addition to Sevilla and Olympique de Marseille, the former commander of Atlético-MG and saints melted for Brazilian football, citing points that make him different from other places he worked.

“I’ve worked in other places and I can say that here in Brazil it’s always competitive and equal. Here, a new player is always born, a new revelation appears that changes everything. The ability of Brazilian football to do everything in such a difficult way makes me want to work here again”, he said.