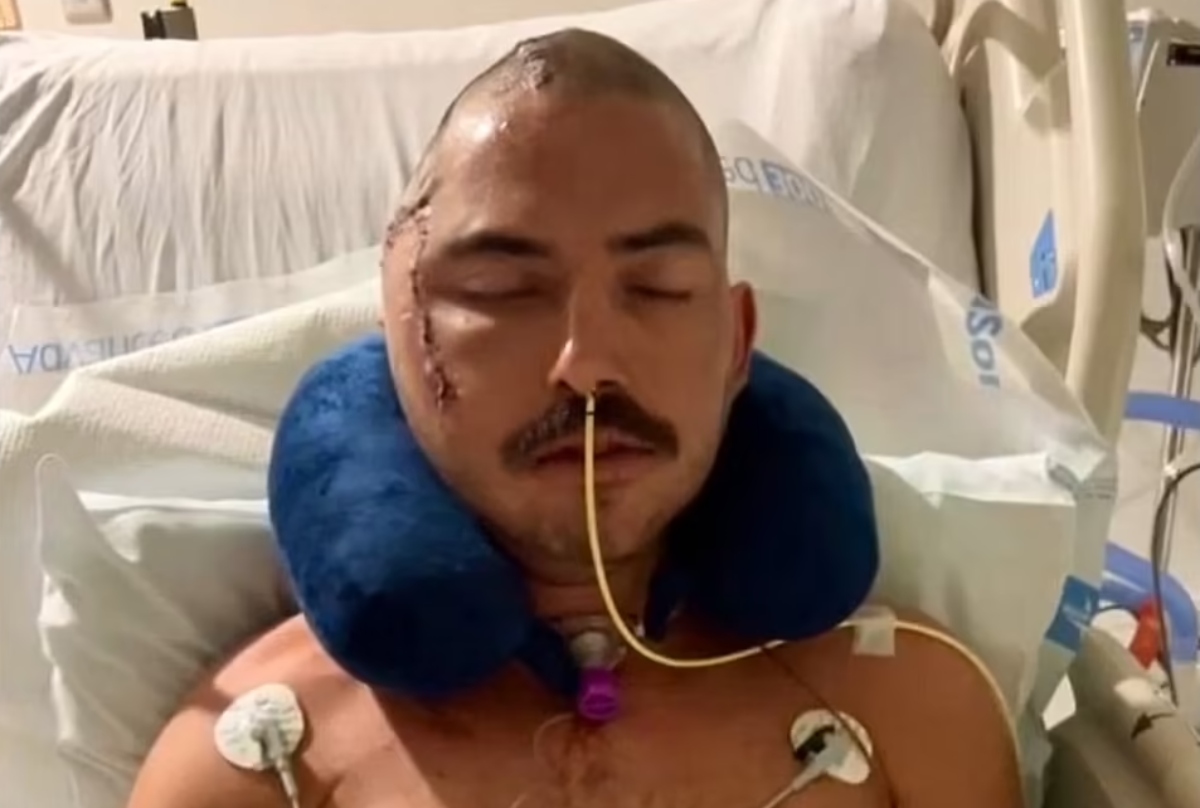 Man attacked by alligator loses half of his skull; see photos

The moment an alligator attacked a man was recorded by a drone. The animal with more than three meters bit the victim’s head. The case was registered on August 3 at Lake Thonotosassa, in the United States. In the images it is possible to see the moment when the animal bites the man’s head.

The victim, identified as Juan Carlos, 34, managed to escape the alligator. Upon reaching the shores of the lake, he was rescued and taken to hospital, where he had to undergo a six-hour surgery to repair damage to his skull, face and to remove part of his skull.

“I’m perfectly fine. In fact, I’m even better because it gave me a new perspective, and a lot of people don’t understand that.”

Juan was discharged from the hospital on August 12, but will have to undergo another surgery in the future.

Watch the video of the moment the alligator attacks the man:

A Florida triathlete using a drone to film an instructional video on Lake Thonotosassa caught the moment he swam right into what he believes was a 12-foot alligator. pic.twitter.com/baV5ojrmXM

See photos of the victim:

Do you want to send an agenda suggestion to RIC Mais? Describe everything and send your photos and videos via WhatsApp, clicking herei