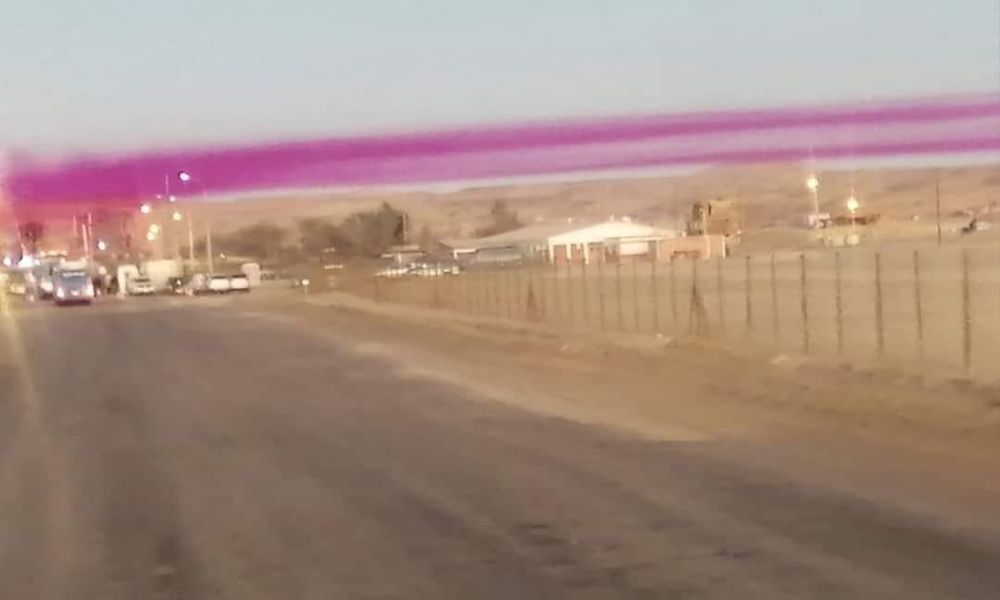 Authorities were called in to investigate the phenomenon and found it to be associated with iodine leakage.

The appearance of a mysterious purple cloud in the sky of Chile intrigued the authorities and forced them to investigate the case to discover its origin. Interestingly, the phenomenon only appeared on the Salitre e Iodo Company (Cosayach), which is located in the region of Tarapacá. The appearance generated fear in the locals. According to the newspaper Al Dia, firefighters were called to assess the situation. In an interview with the website infobae, Environment superintendent Emanuel Ibarra said that the purple cloud is linked to Cosayach, and that the company did not report the incident. Ibarra told Al Día that “one of the company’s pumps failed” and the “iodine changed from a solid to a gaseous state”, which caused the phenomenon. The deputy regional director of Tarapacá, Christian Ibáñez, informed that an inspection process is being carried out. So far, there are no reports of people getting sick from iodine leakage. The ingestion of this compound can cause health problems, such as: burns in the mouth, throat and stomach, fever, diarrhea, vomiting, among other symptoms. When ingested in large quantities, it can lead to death.

Previous Samsung launches Galaxy Watch 5 and Buds 2 Pro family in Brazil; see the prices
Next CI will debate the use of oil wells for carbon dioxide storage