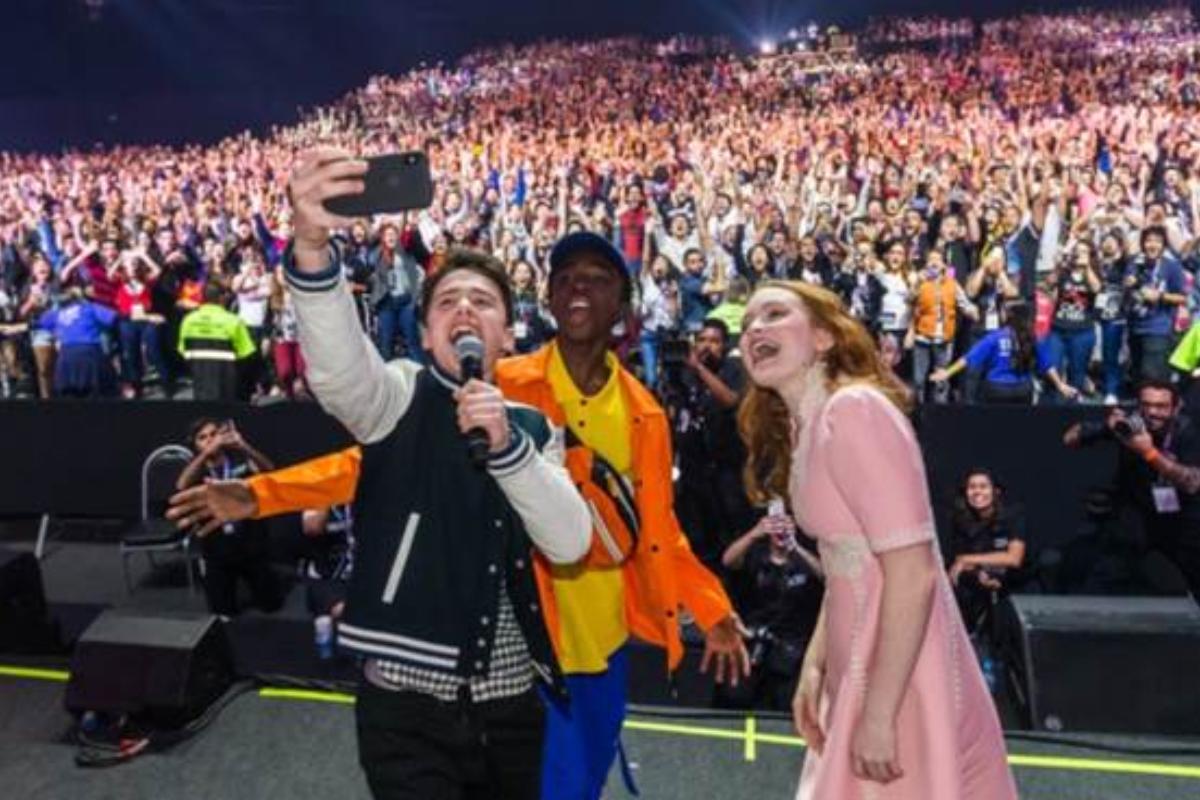 Netflix confirms participation in the event. Remember other years!

The partnership began in the first edition in 2014, when Netflix brought the cast of the series “Marco Polo” to its panel and presented a booth with costumes from the first season. Also on site, visitors could taste foods inspired by other series such as “Orange is the New Black” and “House of Cards”.

In 2015, Netflix brought the duo David Tennant and Krysten Ritter to promote the superhero series “Jessica Jones”. With the cast of “Sense8” and “The Ridiculous Six”, the panels were marked by the presence of actors Adam Sandler, Taylor Lautner and Terry Crews (with the right to rip a shirt on stage and perform the famous dance of his character in the movie As White) .

“Orange is the New Black”, “Better Call Saul” and “Narcos” were present in a huge booth that also had costumes from the series “Daredevil”, “Jessica Jones” and “Marco Polo”.

With actor Neil Patrick Harris on stage, Netflix in 2016 introduced the evil Count Olaf from his adaptation of “A Series of Unfortunate Events”. Another much talked about subject was the revelation of the cast of the national series “3%”. At the booth, fans of the world’s leading streaming entertainment service enjoyed Instagrammable spaces for “Stranger Things” and “Narcos”.

Read+: CCXP22 Announces Credential Art. Find out which theme is yours!

In 2017, all the paradigms of what it was like to be present at CCXP were broken with Will Smith walking around the pavilion in costume and dragging a crowd! Along with actor Joe Edgerton and director David Ayer, they took to the Thunder stage to promote the film “Bright”, which brought together more than 3500 fans for an exclusive screening of the action film.

Another highlight was the presence of the cast and the unprecedented exhibition of the series “Altered Carbon”. In the pavilion, the stand had promotional spaces for the series “Star Trek Discovery” and “Big Mouth”.

In 2018, Noah Schnapp, Caleb McLaughlin, and Sadie Sink had fans screaming when they checked out an exclusive Season 3 teaser during the “Stranger Things” panel. Who also took the stage was Sandra Bullock to tell more about her experience in the movie “Bird Box”.

Another series promoted that year with the right to a massive activation at the stand was “La Casa de Papel”. Another highlight was the panel of “Mogli – Entre Dois Mundos” that made the talented Andy Serkis feel the heat of the Brazilian fan. Finally, the participation that cannot fail to be mentioned was the presence of Elliot Page, Tom Hopper, Gerard Way and Gabriel Bá to talk about “The Umbrella Academy” and reveal the first teaser.

To the delight of fans, in 2019, Brazilians were surprised by the appearance of Henry Cavill, protagonist of the series “The Witcher”, in addition to the participation of part of the cast of “La Casa de Papel”. Among them were Pedro Alonso, Alba Flores, Darko Peric, Rodrigo de La Serna and Esther Acebo. The company’s stand bet on a facade of the Spanish Mint to attract the public.

Among the titles worked on this year within the space were “Chilling Adventures of Sabrina”, “SAINT SEIYA: Knights of the Zodiac” and “The Haunting of Hill House”. Still at the panels, Netflix also surprised everyone with the arrival of Ryan Reynolds and director Michael Bay, who spoke about the movie “Squad 6”.

At the booth, “Black Mirror” fans could see items from the series and enjoy a replica of the “Stranger Things” mall. Finally, to promote the movie “El Camino”, Netflix created an immersive space where fans of “Breaking Bad” could go through several iconic scenarios of the franchise and take photos and videos.

In the latest virtual edition of CCXP Worlds, due to the pandemic, Netflix brought news about the final stretch of the series “La Casa de Papel”. The panel featured the protagonists taking a risk in Portuguese and singing ‘Garota de Ipanema’. In addition to the remake of “Rebelde”, the anime “JoJo’s Bizarre Adventure” and a teaser of “The Texas Chainsaw Massacre: Leatherface Returns”, Netflix presented the feature “Don’t Look Up”.

The film’s director, Adam Mckay spoke about the film and what it was like to work with a star-studded cast, including names such as Jennifer Lawrence, Leonardo DiCaprio, Meryl Streep, Cate Blanchett, among others.

Currently, CCXP22 has tickets available in the Thursday, Friday, Sunday, Epic and Unlock ticket categories. For fans who are still interested in acquiring their credentials, just access the event’s official website www.ccxp.com.br.

Dates: from the 1st to the 4th of December.
Place: Sao Paulo Expo
For more information, access the event’s website: www.ccxp.com.br

WHAT EACH CREDENTIAL OFFERS:

● Daily rates: A collectible badge (badge), access to activities, auditoriums, panels, participation of artists and other attractions within CCXP22 that are subject to capacity, change or cancellation without prior notice, with no guarantee of entry or participation. This credential does NOT give access to paid events at the same time as CCXP22, such as photos and autographs with the artists. – SATURDAY SOLD OUT

● 4 Days (01, 02, 03 and 04/12/2022): This credential entitles you to participate in CCXP22 on the four days of the festival. This credential does not give access to paid events at the same time as CCXP22, such as photos and autographs with the artists. – SOLD OFF

● EPIC EXPERIENCE: An exclusive collectible credential that entitles you to four days of the festival. Early entry 1h before opening to the general public. Entrance to Spoiler Night. A photo OR an autograph with one of the artists invited by CCXP. Epic kit consisting of a CCXP t-shirt and pin, an official festival poster, an exclusive art poster, an Iron Studios pin and a lanyard.

● FULL EXPERIENCE: An exclusive collectible credential that entitles you to four days of the festival. Access to the VIP entrance – 1h before the gates open. Entrance to Spoiler Night. Guaranteed entry and reserved seating in a VIP area next to the Thunder stage for all activities, including the highly-anticipated movie previews. A photo and autograph with four of the festival’s guest artists**. Access to VIP parking at no additional cost. Four 1:10 scale collectibles produced by Iron Studios, made exclusively for CCXP. Access to the VIP lounge, with food and concierge service. Exclusive festival bag. Full Kit: a CCXP t-shirt and pin, an official poster signed by the festival artist, a poster with exclusive art, an Iron Studios pin and a lanyard. – SOLD OFF

● UNLOCK: The conference held by CCXP focused on the entertainment business will take place on November 29 and 30, 2022 from 8 am to 6 pm. The package includes lectures and business content. Presentation of data from the Geek Power 2021 survey. Breakfast and lunch included on Unlock days. Content from 8 am to 6 pm. Happy Hour for networking with various market professionals. Guided tour of the CCXP22 assembly on Wednesday, 11/30/2022. Entrance to Spoiler Night**. Access to the four days of CCXP22. Early entry 1h before opening to the general public during the four days of the festival (December 1st to 4th) *.

*Early access to the festival by the common entrance, there is no preference for entrance to the auditoriums.

**We will open the doors of CCXP22 the day before for those who are Epic Experience, Full Experience, Unlock, guests and partners. Spoiler Night will take place on 11/30/2022, from 6 pm to 9 pm, at São Paulo Expo, on this day there will be no programming in the auditoriums. There is no early entry into Spoiler Night.

***Before the start of sales of photos and autographs to the general public, the purchaser must choose the artist, day and time of the activity on our website. After choosing, it is not possible to make the exchange, in case of cancellation of the chosen artist, he can be chosen among the other guests of CCXP. All activities are subject to availability 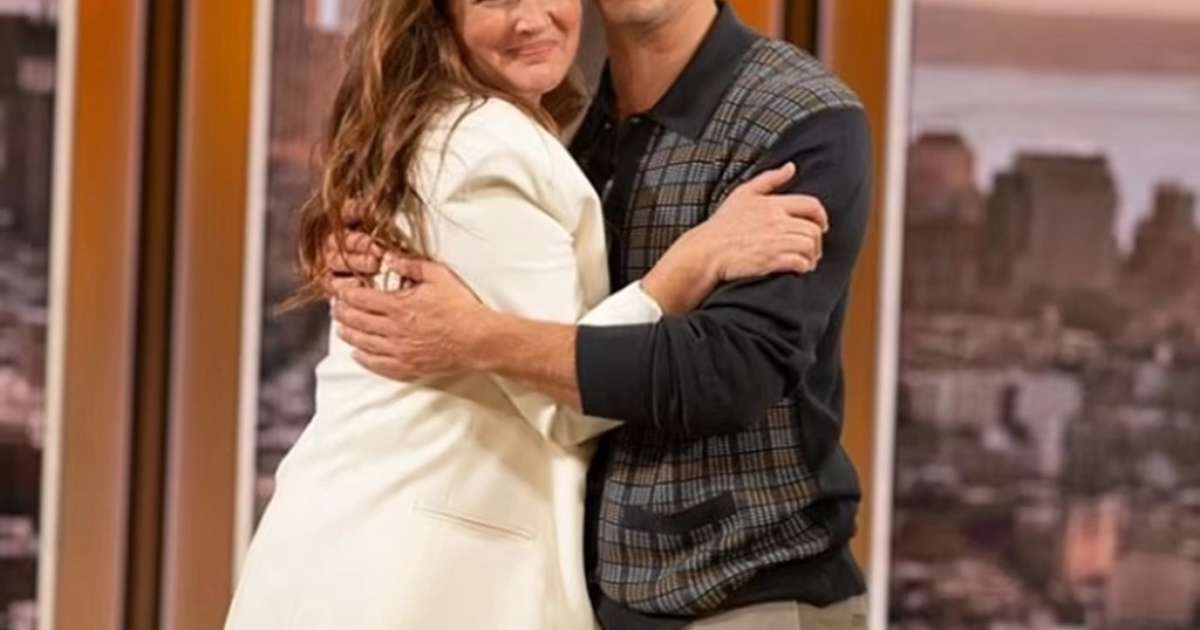