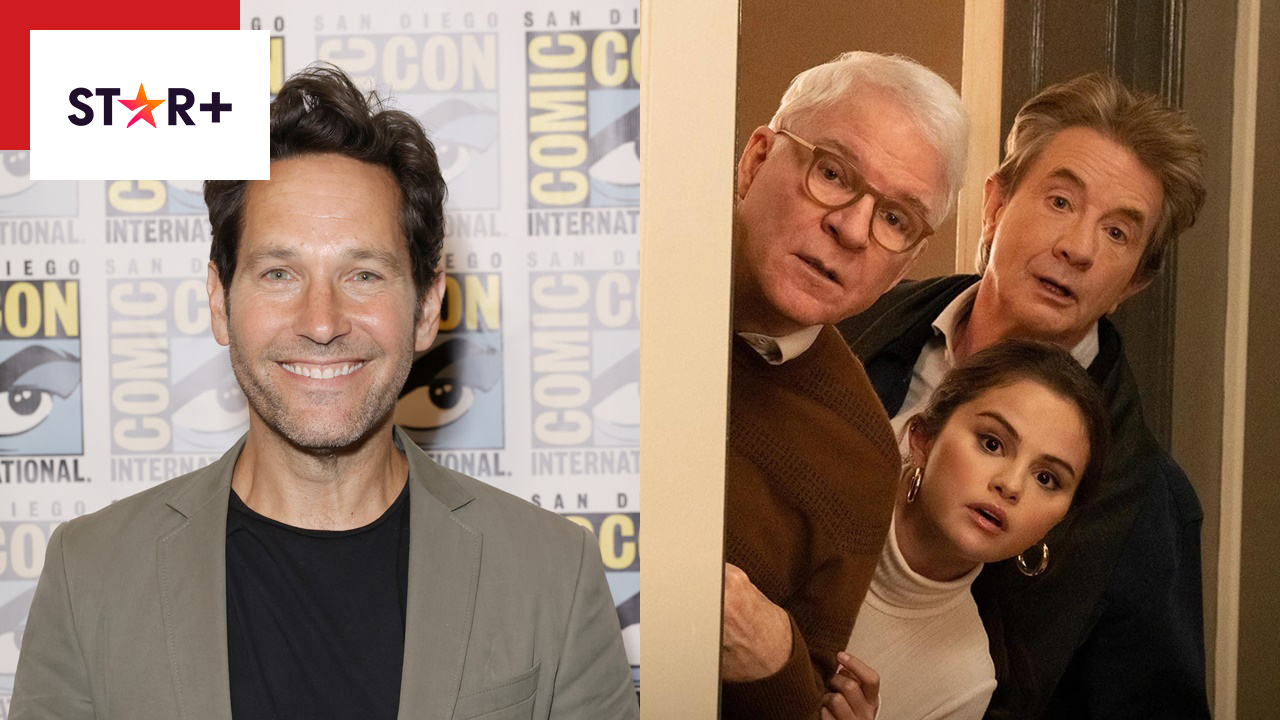 Paul Rudd is confirmed in the 3rd season of Only Murders in the Buildng, after making a cameo in the finale of the 2nd season.

The Arcônia condominium welcomes Paul Rudd. Streaming Hulu has announced the actor in the cast of season 3 of Only Murders in the Building, after his cameo in the finale of season 2 that aired this Tuesday (23) on STAR+. Rudd played Broadway star Ben Glenroy in the latest episode titled ‘I Know Who Dit It’. However, it is not yet known whether he will be recurring, regular or guest-only in the next season.

“Paul Rudd, after making an auspicious entry into the world of our show in Season 2 as Ben Glenroy, is someone we clearly want to know more about and see in our next season – as he is the source of many questions and, as always, our show, many twists and turns are yet to come!” series co-creator John Hoffman told Variety.

Only Murders in the Building follows Charles (Steve Martin), Oliver (Martin Short) and Mabel (Selena Gomez), three unlikely friends who live in the same building in New York and bond over their love of true crime podcasts. Finding themselves in the middle of a real-life murder and mystery, they decide to create their own true crime podcast.

In Season 1, the trio discovered the identity of Tim Kono’s (Julian Chi) killer, while in Season 2 they uncover who is behind the death of Arconia’s neighbor and chairman, Bunny Folger (Jayne Houdyshell). However, complications ensue and the three end up becoming suspects and the target of a competing podcast run by Cinda Canning (Tina Fey). The series was renewed for a third season in July this year.

Only Murders in the Building and created by Steve Martin and Hoffman. Martin, Hoffman, Short and Gomez serve as executive producers alongside Dan Fogelman (This Is Us), Jess Rosenthal and Jamie Babbit. The series was nominated for Emmy Awards – which take place on September 12 – in the categories of Outstanding Comedy Series and Outstanding Actor in a Comedy Series for Martin and Short and Outstanding Guest Actor and Actress for Nathan Lane and Jane Lynch. Rudd previously starred with Selena Gomez in The Fundamentals of Caring and can be seen in Ghostbusters: Beyond, Ant-Man 1 and 2, Avengers: Endgame, and will return to theaters in 2023 with Ant-Man and the Wasp: Quantumania.

Previous Healthy woman aged 37 suffers from dementia after mold infestation at home – News
Next “It was nothing, stop crying”; VAR audio on Vidal’s arrival in Gómez is released in half and annoys Palmeiras