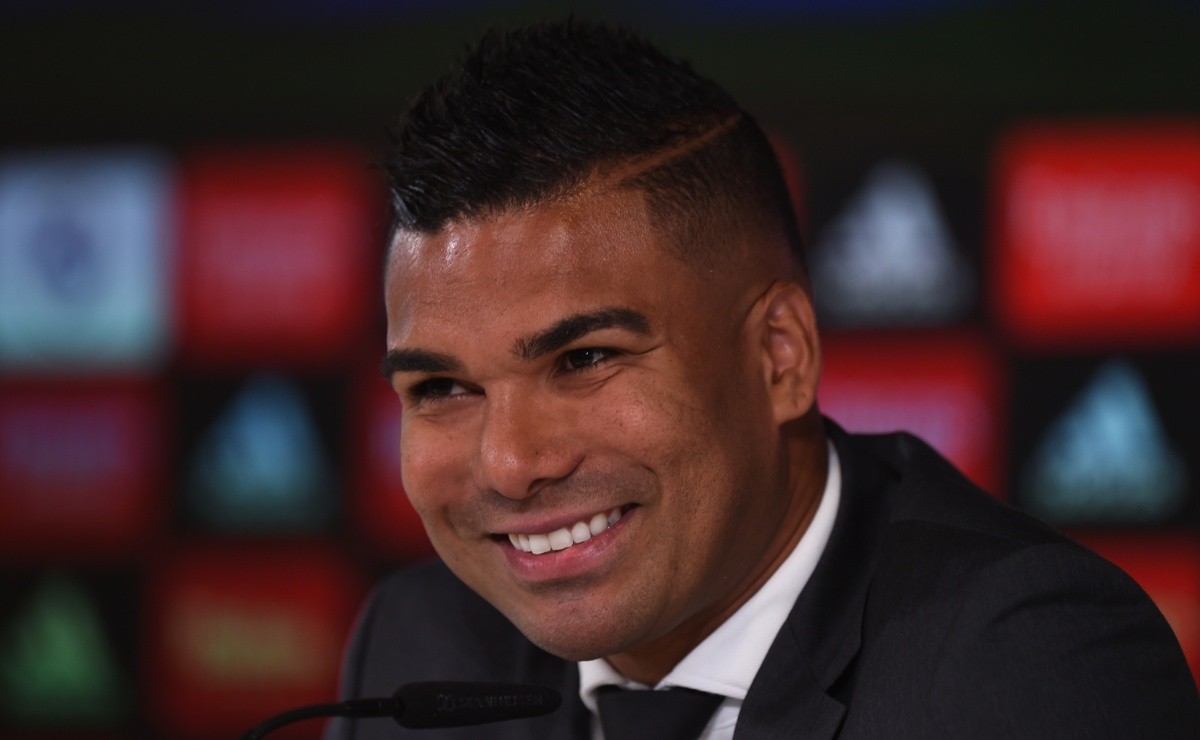 Brazilian was presented this Monday

Today, Casemiro was introduced to the Manchester United fans, who couldn’t contain their excitement. In addition, at Old Trafford, the Red Devils also won the Premier League again, having beaten Liverpool 2-1. Sancho and Rashford scored.

The day, of course, could not have been better for the fans. However, in the opposite direction is Wayne Rooney. The former striker and historical idol of the team was not so excited about the arrival of Casemiro, having harshly criticized the board of the English team.

In an interview with The Times, Rooney praised the Brazilian’s football, but highlighted the athlete’s age, comparing him to Dutch De Jong, who, in his view, would be a better signing:

“Ideally, the board should sign players in their mid-twenties, and Casemiro is similar to Christian Eriksen: someone who has been a good player, but are they going to help the club move forward? Frenkie de Jong would be a better fit.”

In addition, Rooney stated that Casemiro was not one of ten Hag’s priorities at the beginning: “The Casemiro deal seems to have come out of nowhere and it feels like a reactive signing. I would be surprised if he was a player identified as a priority to bring in when Ten Hag arrived. United just reacted to Casemiro’s availability.”