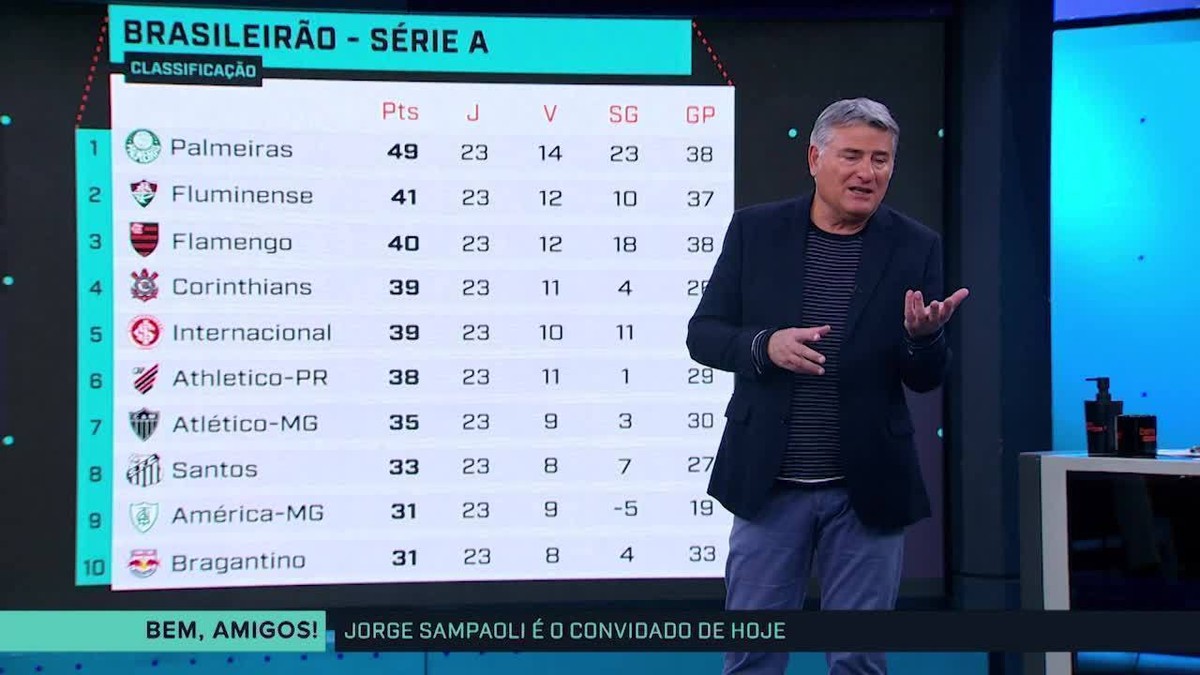 Former Santos and Atlético-MG coach, Jorge Sampaoli was the guest of Bem, Amigos! this monday. Without a club since leaving Olympique de Marseille, he lives in Brazil and has closely followed the matches of the Brazilian Championship.

Asked which would be the best football team in the country, the Argentine highlighted the teams of Flamengo and Palmeiras. In Abel Ferreira’s team, he highlighted the evolution and consistency. 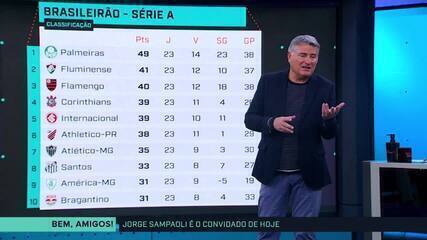 – The organization of Palmeiras, without too many excellent signings, but has a high level of technical and tactical commitment. It is very difficult to beat Palmeiras.

He also praised the quality of the carioca squad, and criticized the work method of coach Paulo Sousa, who positioned Flamengo players, eventually, out of the position they were used to.

– Flamengo, in the current state of mind of the players, with the quality and natural attack sequence, it seems illogical that they were 14th (in the Brazilian). When the coach thinks that the player has to adapt to his style and not the other way around, failure is guaranteed. I still think that football is not for the coach, but for the players – he analyzed.

Sampaoli also highly praised the evolution of Fluminense under the command of Fernando Diniz on the bench, and Ganso on the field. About the midfielder, he recalled the period when he took him to Sevilla, and took responsibility for the lack of opportunities that Ganso had in the Spanish team.

– It’s my responsibility. The reality is that sometimes we have the urgency. It was my first time in Europe. There was (charge for) a premium, there was a need. There was a difficult match for him against Real Madrid, and he had to sacrifice a little to keep up with the full-back, and there are decisions by the coach that attack the player, and end up erasing the player.

Sampaoli left Olympique de Marseille after a good campaign with the team in French football, which guaranteed a spot in the Champions League. However, the coach did not envision a positive scenario in the European competition in front of the small cast of his team.

On Good, Friends! he revealed the conversation he had to take defender David Luiz to play for Marseille, before his departure. According to the coach, his strategy to convince the former national team player was to use humor about the demands of Brazilian football.

– I said: “you can’t finish your career in Brazil, because in Brazil they won’t forgive you anything”. But he had some personal issues to deal with here. When I saw that he signed with Flamengo I said: “Wow! You’re going to suffer a little bit”. 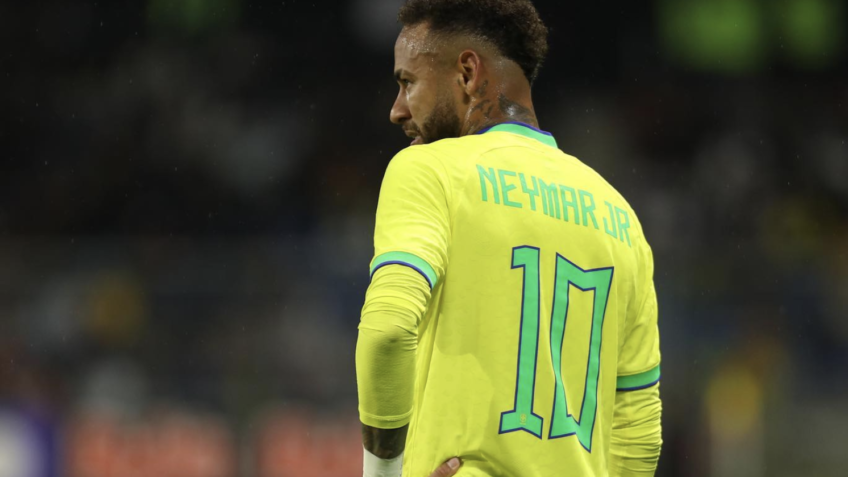 In its first qualifying match at the Qatar 2022 World Cup, the Brazilian team will …