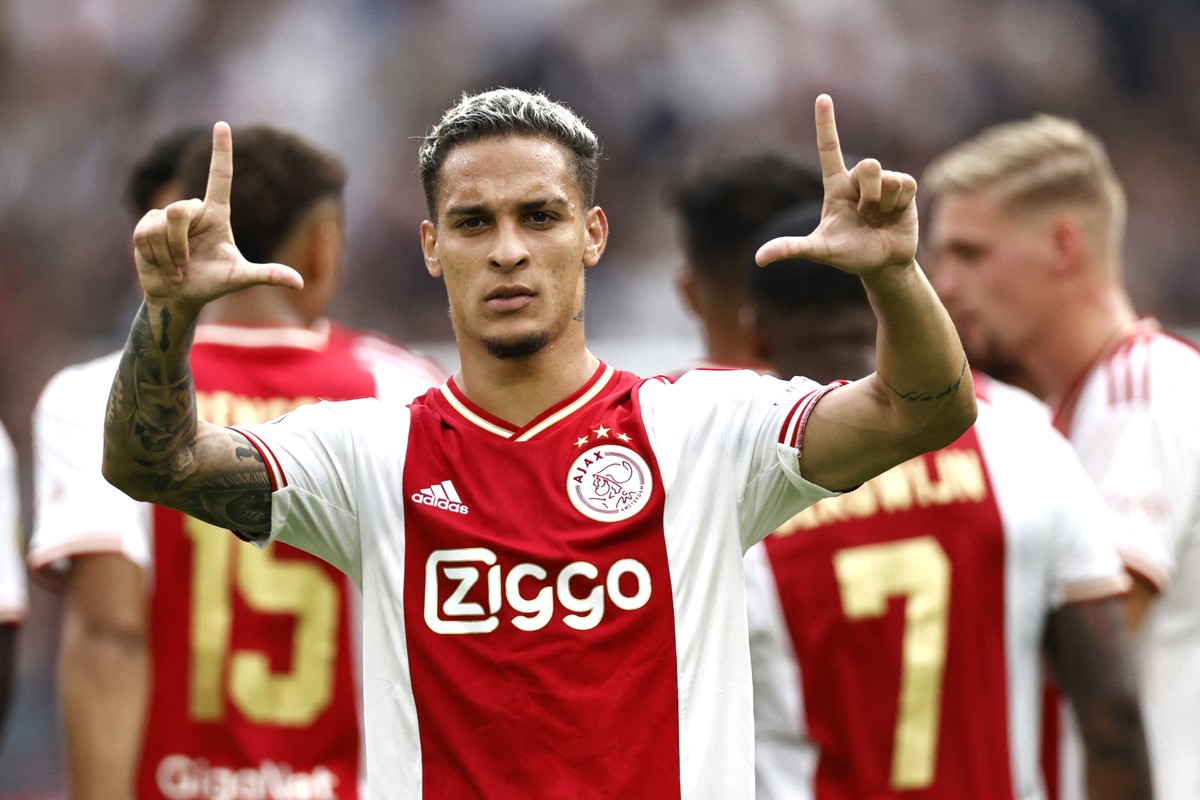 São Paulo once again dreamed of the possibility of making money from the sale of forward Antony, now at Ajax, in Holland, this season.

Previously pessimistic after the Dutch club’s several denials of Manchester United’s proposals, from England, the perception changed in Morumbi after the weekend, when Antony was out of the related against Sparta Rotterdam, for the local championship.

According to Ajax coach Alfred Schreuder, the Brazilian was absent because he “didn’t feel 100%”.

— Antony is not on the team. I spoke to him, and he told me he didn’t feel 100% ready to play. I only want players on the team who are 100% focused on Ajax. Most importantly, I had a good conversation with him and I was very clear,” Schreuder told ESPN.

Antony celebrates a goal for Ajax against Groningen (Photo: AFP)

The English have already made several offers for the striker, who had been called up by Tite to the national team, the last of them for 80 million euros (about R$ 416 million).

São Paulo has been monitoring the situation and believes that Antony’s attitude is a demonstration that he intends to be negotiated, but that these conversations should extend until the end of the English window, on September 1st.

This tug of war between Manchester United and Ajax favors São Paulo, which is entitled to 20% of the Dutch profit in a possible sale of Antony – two years ago, the Amsterdam club paid 16 million euros to the Brazilians.

There is an expectation that the English will increase the proposal to more than 90 million euros (almost R$ 458 million), approaching the 100 million that would be the desire of Ajax.

In this scenario, São Paulo could pocket around 15 million euros (R$ 76 million), which would mean the biggest revenue from athlete rights in the season – Gabriel Sara was sold for something close to R$ 60 million to Norwich.

Receiving this money would still depend on the form of the agreement between the European clubs, whether the payment would be made in cash, for example, but São Paulo is already making plans to pay off old debts with the squad, still from agreements made at the beginning of the pandemic, in case the deal is confirmed.

Previous The worst remakes of all time, according to Rotten Tomatoes
Next Cell phones show messages from Aras with businessmen