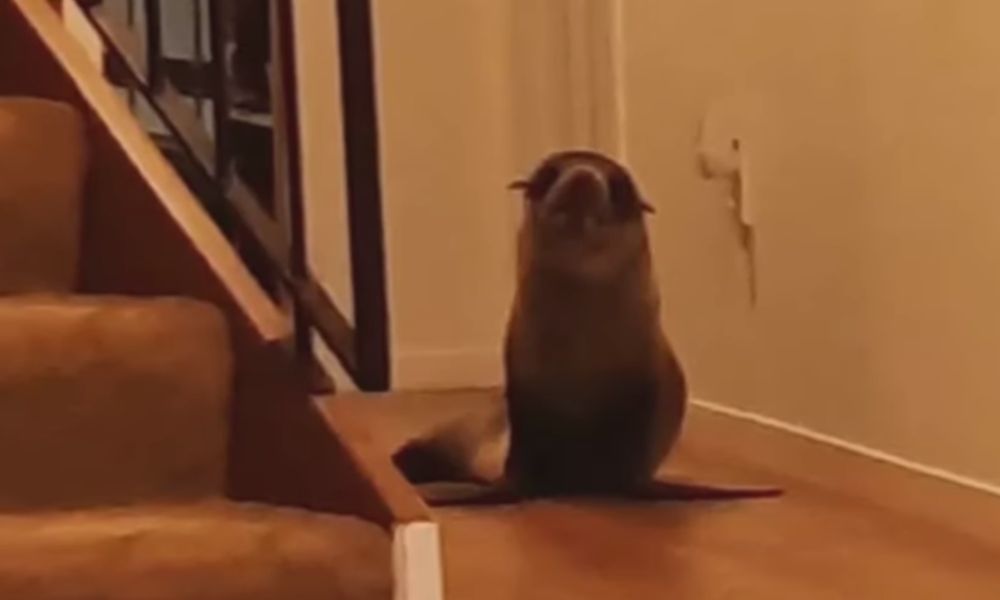 Animal was safely returned to sea and earned a nickname from the locals: Oscar; authorities suspect bad weather caused the situation

Reproduction/Youtube/SkyNewsAustraliaSeal invades house and leaves without leaving any mess

A woman, identified as Jenn Ross, was surprised when she arrived home last Wednesday, the 17th. She came across a seal that invaded her home in New Zealand. The animal, which was a puppy, disputed territory with the family cat, and won, stayed for a long time in the hallway and even rested on the couch. All this without making any mess. “We couldn’t even smell the seal, obviously a very nice guest,” Phil commented. “And she didn’t poop on the rug or the couch she was sitting on, which was fantastic,” she added. Authorities suspect bad weather caused the situation. While everything was going on, the couple’s children were upstairs sleeping, while Phil Ross, her husband, who works as a marine biologist, was working. In an interview with The Guardian, the man described how it all happened. According to him, his wife left the house to go to the gym around 6am, and when she got home at 7am, she opened the door and “found a cute seal”. “She freaked out a little bit and crawled down the hall to the guest room,” she said. Ross reported that the seal managed to get through two flaps to enter the house. Delighted with the unusual episode, Jenn woke up the children so they could see the new “pet”. “They thought it was cool and very exciting,” she told The Guardian. “But they were totally oblivious to the fact that not many of their companions would have seals to visit them in their homes,” she added. The animal was safely returned to the sea. Ross says the funniest thing about this whole situation is that he wasted his time to shine, as this “is really the only family emergency where it would be helpful to have a marine biologist in the house,” he said.