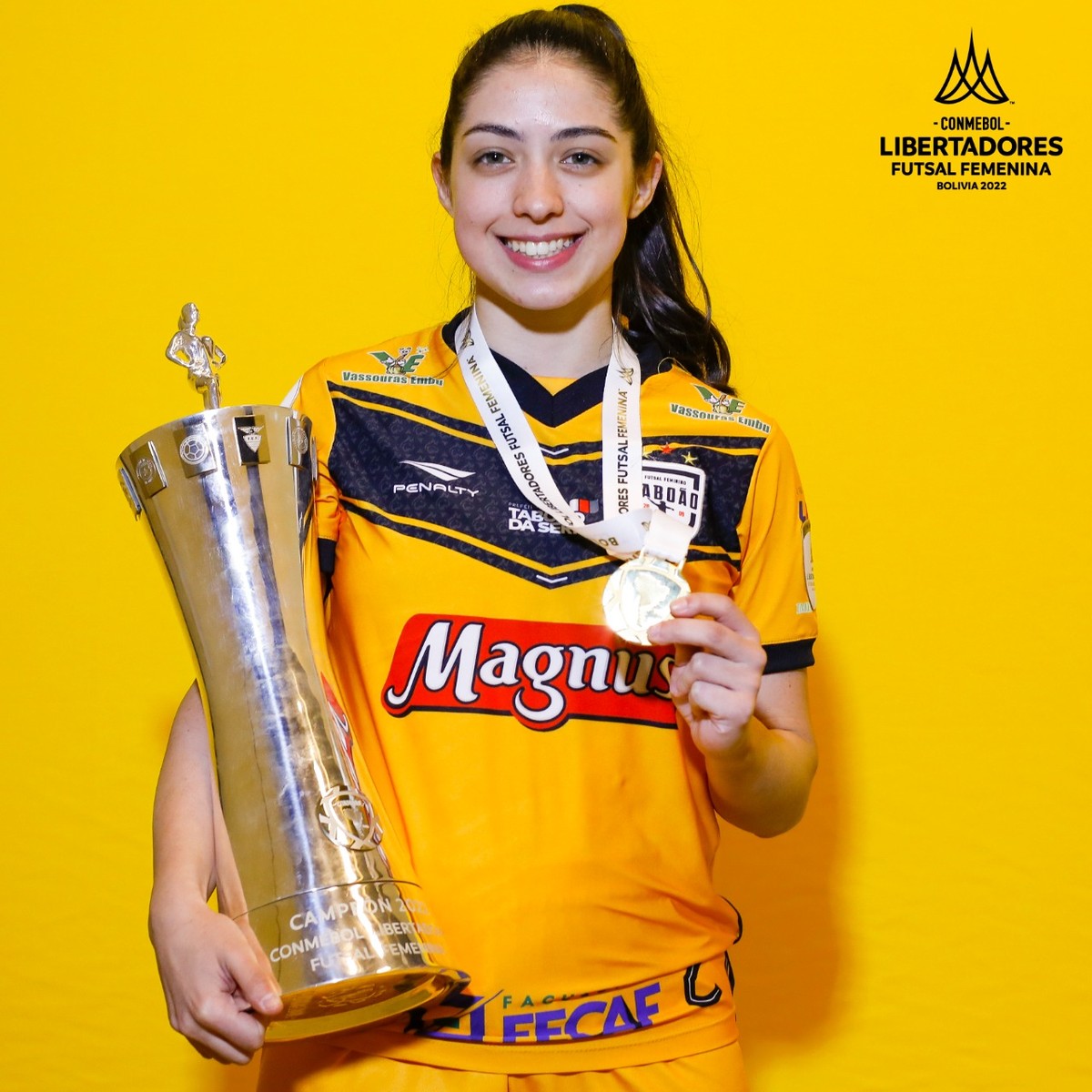 A member of Taboão Magnus, in Taboão da Serra, metropolitan region of São Paulo, Pietra started playing soccer at age 7, after her younger brother was enrolled in a local school. From there, he moved to the basic categories of Magnus, created in 2009, and only grew: at 16, he was already part of the club’s professional team.

“At the age of 16, he started playing professionally, playing with the girls of the professional. Their most recent title was Libertadores, in Bolivia. [Ela] was even a highlight of the base that was there”, said the player’s mother, Patrícia Medeiros Domingues, to the g1.

“Pietra was always very dedicated, correct, fair in the things she did – she arrived before training and left afterwards. She had this very strong dedication”, he described.

Described by her mother as shy but endearing and with a “singing smile”, the young woman loved futsal and wanted to promote both the sport and the women’s sport. In the base categories alone, her parents said, she had 15 titles.

“As a player, we don’t have much to say about her: she has always been a talent, since she was 10 years old, she has always played above the average of all girls. At 16, she has already risen to play in the professional. imagine in the base category: under-13, 15, 16, 17, 18 – won all competitions”, said the coordinator of Taboão Magnus, Priscila Silva, to the g1.

“She fought for the sport, for women’s futsal, which is so little publicized, has so little incentive. This is a legacy that I think she really wanted to leave. She fought a lot for it, because it was what she loved to do.” , told Pietra’s father, Adriano Pires, to the report.

Despite being shy, Adriano also stated that his daughter always helped her colleagues on the court, with words of support. And the frequent trips didn’t intimidate her either: she missed her pets the most, which Pietra called “children”. Off the court, the young woman studied psychology.

Pietra and the dog Luna, her ‘daughter’. — Photo: Personal archive

“She loved the girls very much, the club mates, the coaches, they were always the same from the beginning, they saw the whole trajectory. We knew she loved being there in that place”, says Patrícia.

No wonder – the story of Taboão Magnus mixes with Pietra’s: the team’s number 27 arrived small to train, still changing teeth.

Priscila, the club’s coordinator and former coach of Pietra, says that the player “hated” when training or games were cancelled, and lived the world of futsal 24 hours a day.

“She turned her family to live [o futsal] too – her family wasn’t hers, it was ours”, she says. “Every training session had someone accompanying her – grandpa, grandma. Until the age of 16, her grandmother used to go into the dressing room to tie her hair. It turned out that grandma stopped tying her hair because we used to make fun [fazia brincadeiras]” reports Priscilla.

Pietra Medeiros with her family on the return of Futsal Libertadores. — Photo: Personal archive

“She arrived smiling, with that smile of hers. Everything was good. If she had to enter the game in the 5ºC cold, she would enter without crying. She did everything we asked. She was always an example of a daughter, an example of a student. ten years she was with us, I don’t remember once I had to stop to scold her because she had done something wrong at school or something with her parents. Never, ever”, says Priscila.

Patrícia, Pietra’s mother, says that the messages, prayers and tributes have strengthened the family.

Pietra with her parents and brother — Photo: Personal archive

“We believe that God greatly honored her life. That’s what we believe, in the sovereign will of God. What she loved was futsal, and we hope she leaves this legacy, which is growing every day, this legacy of empathy”, she adds.