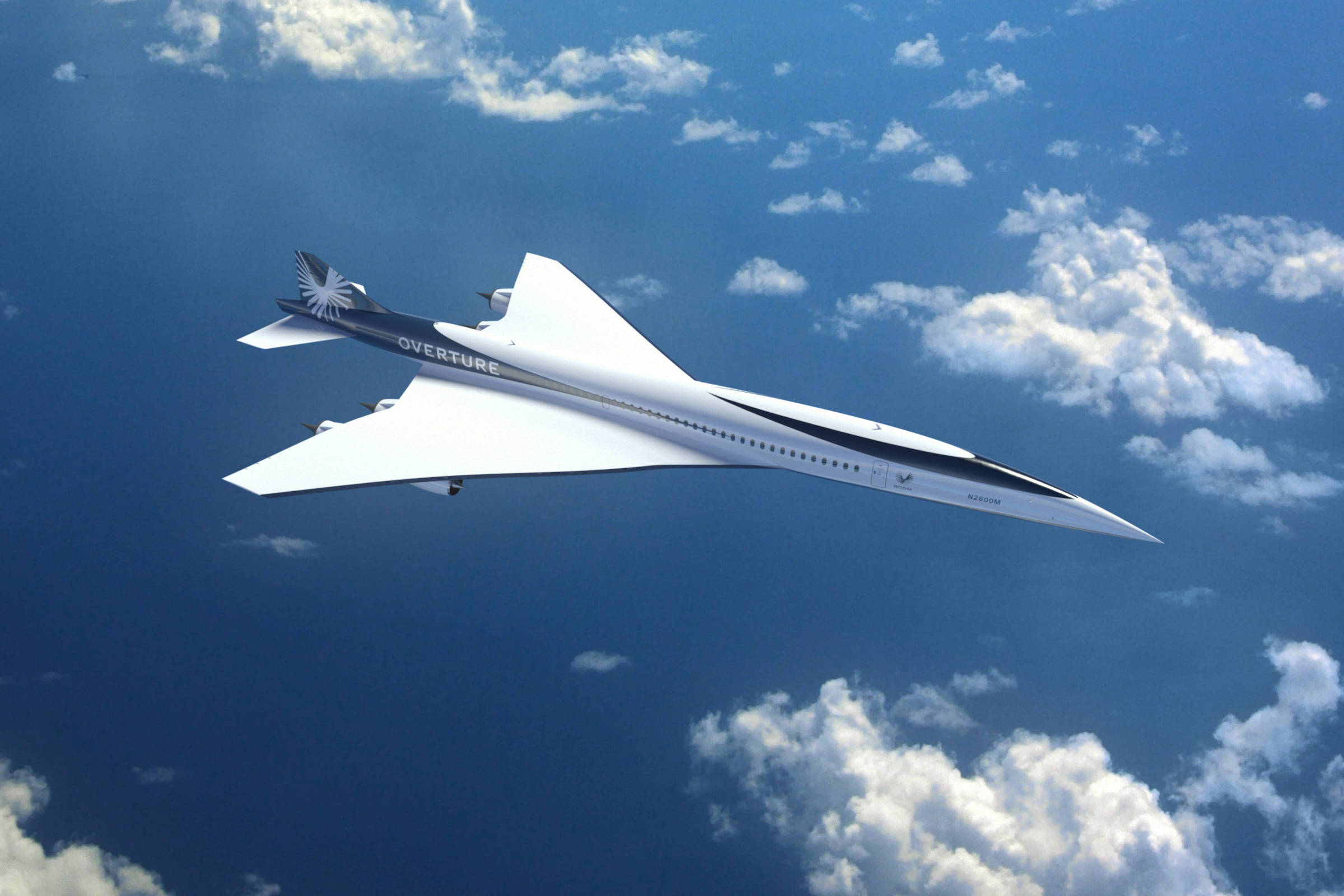 In 2016, a start-up created by a geeky American computer engineer caused some wry smiles in the aviation industry by promising to design planes to resurrect supersonic commercial flight.

Buried by an accident and by the economic and environmental unfeasibility of its great representative, Concorde, that glamorous era would be redesigned based on criteria to the taste of our days: sustainability and “storytelling” to convince investors.

Boom Supersonic, created in 2014, is still a cause for suspicion, but it has defied skeptics. Last week, the world’s largest airline, American Airlines, ordered 20 of its Overture model. There are no known values, but it is speculated that each of the planes will cost around US$ 200 million (just over R$ 1 billion).

American went further and signed an option agreement for 40 more aircraft, thus surpassing the order of 15 purchases and 35 eventual acquisitions that had been made last year by its rival United Airlines, another American market leader.

The company’s founder and president, Blake Scholl, celebrated on social media, noting that Concorde only had 14 of the 20 units built commercially employed, for British Airways and Air France, which flew from 1976 to 2003.

American even pre-ordered six Concordes in the 1960s, but the 1973 oil crisis made Americans think twice: supersonic flight is characterized by brutal fuel consumption.

The rise in jet fuel prices due to the 9/11 attacks, the fact that environmental regulations almost criminalized the noise of the Concorde’s engines, and the crash of one of them in Paris in 2000 led to the end of over-speed service. of sound, which cut the flight time between the British capital and New York from 6h30min to less than 3h.

What would make the idea attractive now, in full ESG, where the E (ambient, in the English initial) speaks loudly? Scholl’s answer was technology: he promises a turbine that, unlike the Concorde’s, doesn’t need the “afterburner”—a fuel injection into the heated air stream that increases thrust, common in fighter engines.

With that, the plane will fly at 1.7 times the speed of sound, just over 2,000 km/h. The Concorde could reach 2.04 times (2,520 km/h), although in cruise it was only slightly faster than the Overture. According to Boom, changes in the engines and with the new aerodynamic design, this will be able to occur without the noise in landings and takeoffs or the roar that is heard when the sound barrier is broken.

Today, there are no commercial aircraft authorized for supersonic flight. Like the Concorde, the Overture would only do it over the sea, but the Boom promises 20% more subsonic speed over land. As a result, he expects the London-NY route to take 3h30min.

Ultimately, the aircraft will fly 100% on SAF, which are sustainable aviation fuels made from things like biomass, waste, or recycled oils.

All very beautiful, missing the detail here: the engine does not exist. The company struck a deal a few years ago with British manufacturer Rolls Royce, which designed the Concorde’s engines, but the partnership has not yielded visible results. Last week, Scholl announced that there will be news about this.

In the case of the SAF, another issue: its production is still incipient, and governments in Europe and the US have already established timetables for its adoption by the entire existing subsonic fleet. “No one knows how he [Scholl] will do it without even having engines”, said in a debate of the American magazine Aviation Week the specialist Richard Aboulafia, of the consultancy Aerodynamic Advisory. “The car is in front of the horse”, commented one of the editors of the magazine, Guy Norris.

For the publication’s technology analyst, Graham Warwick, despite the problems, the current process is unprecedented. Usually, large manufacturers such as Boeing, Airbus or Embraer develop the product and offer it to the market. If it works, airlines get involved in the evolution and help launch the new plane.

Boom did the opposite, offering only the concept. It is the modus operandi of start-ups, as they define themselves. It was never applied to the intricate commercial aviation market.

Scholl defends himself, predicting a market for 1,000 supersonics in the 2030s. To that end, he has set a timetable for the launch of Overture that seems elusive: he wants the first plane built in 2025, air tests in 2026 and commercial use in 2029.

There is no news of any product in this industry, which, as the Boeing-737 MAX crisis proves, lives on reliability to be viable, developed so quickly. The delay in flying the XB-1, its technology demonstrator prototype, suggests obstacles.

Still, the money to start came with, including a push from Japan Airlines early in Boom’s career. In 2017, US$ 51 million (R$ 263 million) were raised, a value that has increased fivefold until last year, when the agreement with United was announced. The numbers since have not been public, but Scholl has said he believes it will take as much as $8 billion to get Overture up and running.

Visually, he and Concorde are very similar, a monument to 1960s engineering — which also brought the limited-use Soviet Tu-144, allegedly stolen from its Western rival.

But there are important differences in the redesign made this year of the Overture, in addition to engines (from three, now four), with a much smaller cabin (up to 80 passengers will fit, compared to 128 at most for the older brother), larger and angled wings for greater efficiency and use of composite materials, lighter and stronger, in the fuselage.

In another stroke of luck for Scholl, the US Air Force took an interest in the model, prompting military mastodon Northrop Grumman to partner with Boom to envision special models, perhaps VIP transport.

Finally, the promise that the operation will be profitable with tickets at the top of what is charged for business class, US$ 5,000 (R$ 25.6 thousand), a quarter of what it cost to fly the Concorde, in corrected values.

To spice things up, the so-called “storytelling” is so much to the taste of the start-up market. Scholl was born in Ohio and studied computing in Pittsburgh. From 2001 to 2006, he worked at Amazon, moving on to Groupon e-commerce and then entrepreneurship.

He has always been interested in aviation, and has had a license to fly small planes since 2008. The year before, however, his girlfriend’s hours delay on a flight to would have awakened him to the desire to make a supersonic one. Perhaps the confirmation of success improves the design of the story, as happened with the plane.