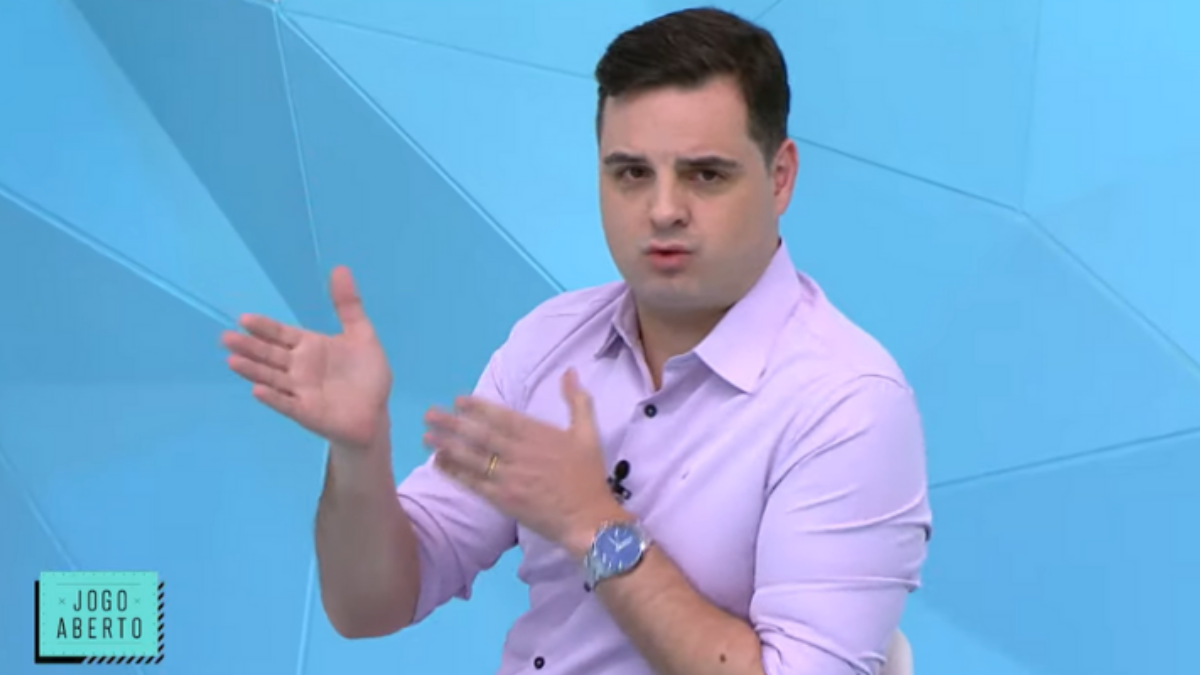 The 1-1 draw between Palmeiras and Flamengo continues to be talked about. That’s because, even with the leadership of the Brasileirão Serie A guaranteed for at least a few more rounds, Verdão could have won if the controversial bid between Vidal and Gustavo Gómez resulted in a penalty. And for Chico Garcia, commentator on TV Band’s ‘Jogo Aberto’ program, the way VAR operated in this situation is ‘worrying’.

“The Ramon [Abatti] I was playing a good game and we didn’t have controversial moves. For me, VAR ended up harming his refereeing. But with the game going on, I’ll give him the discount for not having seen it. But with the rear camera, and when the VAR talks about the protection movement, I don’t think it’s cool. As Vidal moves and opens his arm, for me it was a penalty. It’s worrying for me. Because you can’t restart the game before being checked. With that ‘now it’s gone’, he didn’t act according to the protocol”, said Chico Garcia, on the Jogo Aberto program.

Chico Garcia referred to the discussion that took place between the video referees during the assessment of the bid in the Brasileirão Serie A game. On Tuesday morning (23) the CBF released the audio of the bid verification. In it, it is possible to hear the head referee, Ramon Abatti Abel, authorizing the restart of the game before the analysis by VAR, Pablo Ramon Pinheiro.

“Forget the cabin, forget the cabin! Goal shooting! Can you play, Pablo? Oh, Pablo! Too late. Tell me, old man!”, said Ramon Abatti, at the time of the check, before the conclusion of the VAR. The attitude was reprimanded by Chico Garcia and, following Ramon’s speech, VAR [Pablo Ramon Pinheiro] declared: “Calm down! Full check, all ok, it can end (the VAR protocol)”.

Still leader and with an advantage of eight points for the vice Fluminense, Palmeiras faces in the next round of the Brasileirão Serie A, precisely, the carioca club that is on the tail and can get points from Verdão. If you win, the advantage can go up to 11 points. And, according to Chico Garcia, during the program, “the only one that can take the title from Palmeiras today is Flamengo. I don’t think the other teams have the stamina for that in the championship.”