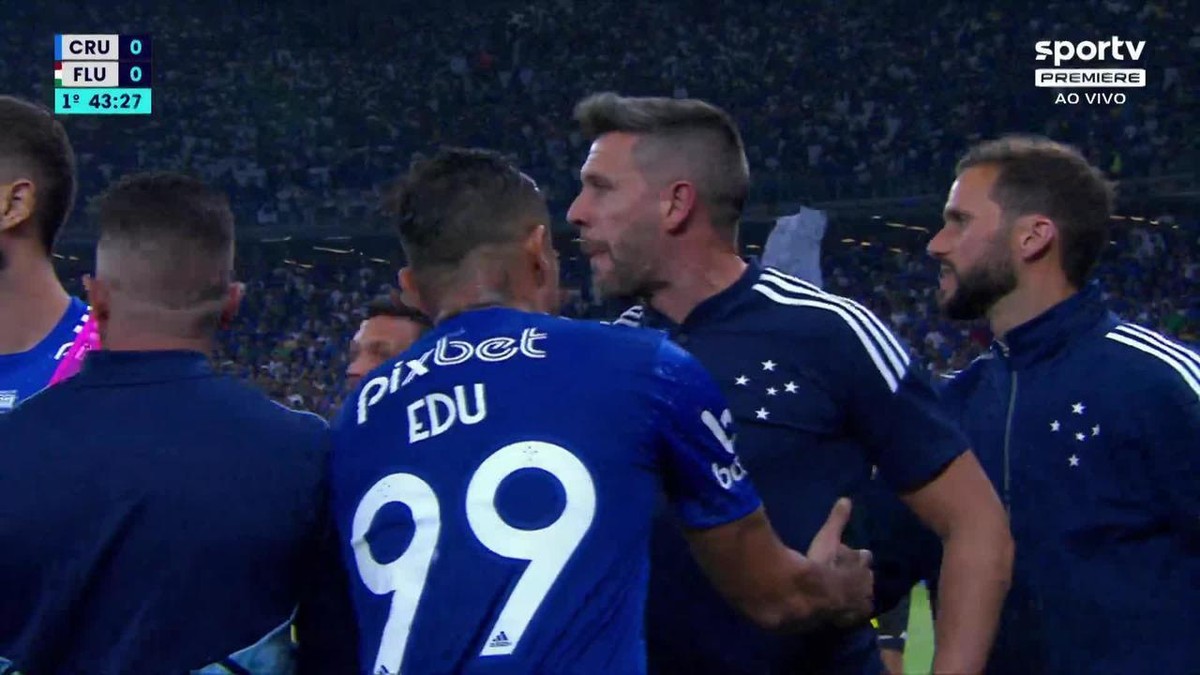 Cruzeiro: Paulo Pezzolano is punished by the STJD with three games for sending off | cruise

Judged in two cases, coach Paulo Pezzolano was punished by the Superior Court of Sports Justice, this Wednesday, in a session of the Third Panel. The coach got a match suspension for expulsion against Fluminense, in the second game of the round of 16 of the Copa do Brasil, and two more games for the red against CSA. 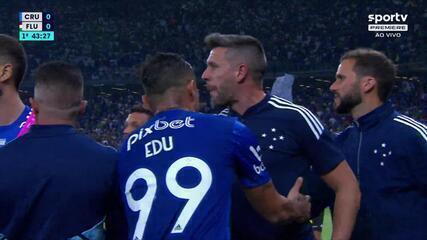 In total, three games, one of which has already fulfilled against Bahia, for the Brazilian Series B. The mining club can still appeal. Still in the judgment of Fluminense’s match, Cruzeiro was acquitted for the fight between fans of the clubs in Mineirão and also for throwing objects at goalkeeper Fábio.

Denounced for the expulsion in the match against Fluminense (for the Copa do Brasil), the Uruguayan coach was framed in article 258 of the Brazilian Code of Sports Justice (CBJD), which says about “assuming any conduct contrary to discipline or sports ethics”.

Pezzolano was unhappy with the non-marking of a hand touch by defender Manoel, from the Rio de Janeiro team. After receiving a yellow card for a complaint, and then a red card, the captain invaded the field and had to be contained by the referee team and members of the coaching staff.

According to the referee of the match, Raphael Claus, the coach would have said that he would be “stealing” for Fluminense. Claus mentioned that Pezzolano had already been cautioned in the 36th minute of the first half. However, according to the referee, he continued “gesturing in an audacious way against the referee’s decisions”.

Regarding the throwing of an object towards goalkeeper Fábio, Cruzeiro’s lawyer, Michel Assef, questioned whether the object was thrown on the lawn. The person in charge of the defense also questioned what was the offense of Paulo Pezzolano, narrated by the Prosecutor’s Office in the complaint. He asked for the coach’s acquittal.

Regarding the disorder, auditor Cláudio Diniz decided to absolve Cruzeiro for the fight between the fans. Regarding the throwing of objects, he asked for the club to be sentenced in R$ 10 thousand. For Pezzolano’s expulsion, he voted for a two-match suspension.

Pezzolano, coach of Cruzeiro, invades the pitch after being sent off in the match against Fluminense – Photo: Fernando Moreno/AGIF

Auditor Erich Chiarello voted to condemn clubs to R$10,000 for the fight between fans. Another BRL 5,000 for throwing a glass and, as for Paulo Pezzolano, for a match and a fine of BRL 400.

Auditor Bruno Tavares, in turn, followed Cláudio Diniz’s vote, absolving the clubs and regarding the throwing of objects, disagreeing only with the application of the fine of R$ 5 thousand. Regarding Pezzolano, the auditor considered Pezzolano’s speeches as serious, but decided to absolve the coach, pointing out that the defense’s arguments are valid.

Luís Felipe Procópio considered the details of the STJD Attorney’s Office as “lazy”, but decided to sentence Cruzeiro and Fluminense to R$ 10,000 each for the fight between the fans. He decided to acquit for throwing objects and punish for Pezzolano by a suspension game.

For the infraction committed in the game against CSA, he was incurred in article 243-F, which talks about “offending someone in his honor, for fact directly related to sport”. The auditors considered that there was no offense by Pezzolano, but disrespect. Thus, they applied 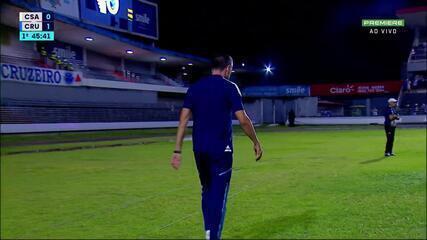 At 44min, 1T – Pezzolano is sent off after complaining in an outrageous way with the referee

Still in the first half of the 1-1 tie, the coach got annoyed with a foul on Rômulo and gestured to complain. The referee gave a yellow card, showing the red in the sequence. After being sent off, he still pulled referee Flávio Rodrigues de Souza by the shirt collar (watch the video above), being restrained by the assistant Martín Varini. The situation was reported in summary.

At the trial, Cruzeiro’s defense stated that the coach had never offended the honor of refereeing, but that the Uruguayan coach deserved the penalty. Paulo Pezzolano was heard by the auditors. He defended himself in the session.

Cruzeiro coach, Pezzolano is sent off in the game against CSA — Photo: Ailton Cruz/Gazeta de Alagoas

The coach was asked what he would have said to the referee. Pezzolano said that he didn’t remember, but that he would never have called him to fight.

In the decision, by majority, it was decided that the coach should be punished with two matches, with the understanding that there was no offense to the referee, but disrespect. Only the auditor president, Luis Felipe Procópio de Carvalho, voted for a penalty of three matches.

🎧 Listen to the podcast ge Cruzeiro 🎧

Previous On Ukraine’s Independence Day, Biden approves biggest package for the country, worth US$3 billion | Ukraine and Russia
Next “Avatar” returns to theaters in September, ahead of the sequel