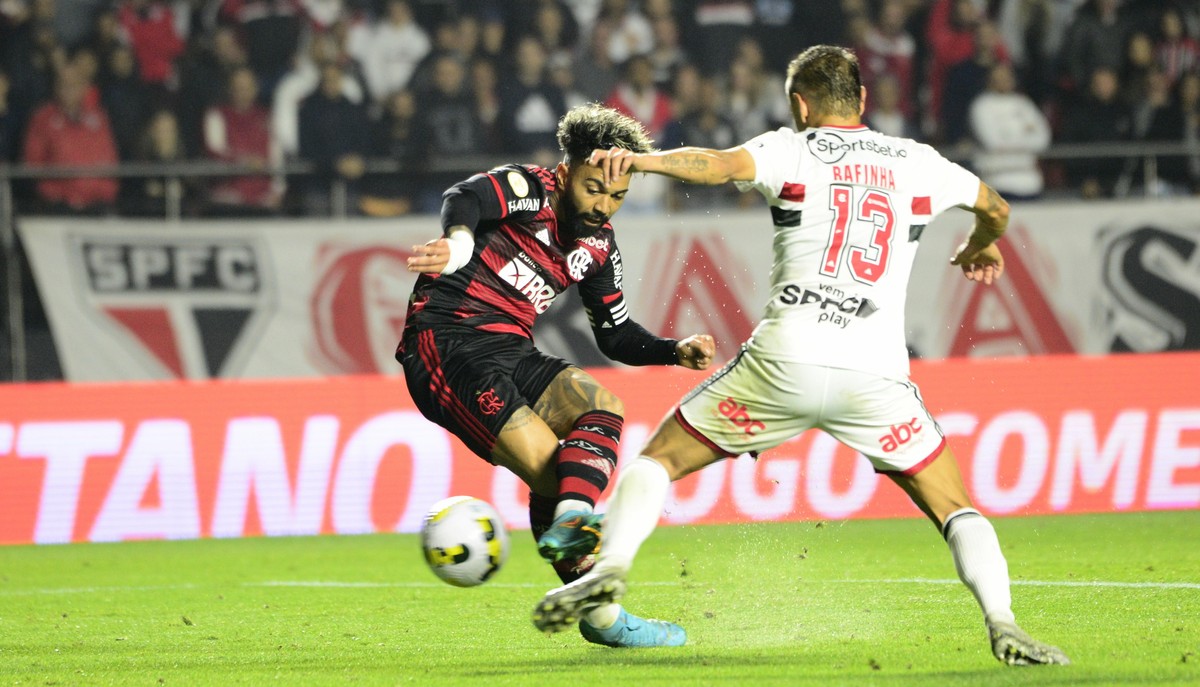 A generation that got used to taking down writings, Flamengo in recent years can break another record this Wednesday, at Morumbi, at 9:30 pm (GMT), when the semifinal of the Copa do Brasil opens against São Paulo. If they win, the red-blacks will register the biggest series of victories of the confrontation between clubs, which has been played since July 1933.

In search of the corner, Flamengo currently boasts four consecutive triumphs, all won between the 2021 and 2022 Brazilians. from 2020 to 2021.

+ São Paulo vs Flamengo: Dorival sets up a team without surprises for semi
+ Bruno Henrique, from Flamengo, wins lawsuit over use of the “Oto Patamá” brand

Flamengo’s winning streak against one of its toughest rivals within national football began on July 25, 2021, at Maracanã. And the court started in high style, with overwhelming 5 to 1 for Flamingo.

Bruno Henrique scored three, one with a first shot, another with a beautiful kick in the angle and the last one with a header. Gustavo Henrique and Wellington (against) completed. Arboleda, who opened the scoring, made the opponent’s honor. Detail: all goals came in the second half. 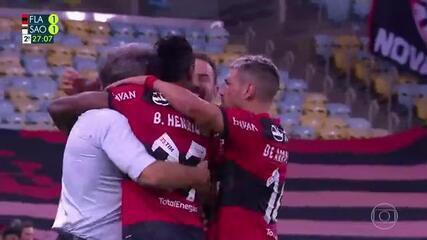 In the first meeting with Rogério Ceni five months after firing him, Flamengo thrashed 4-0 in a Morumbi with almost 50,000 people (47,855 fans). Gabigol opened the scoring in the 23rd minute, and Bruno Henrique added it to the third minute.

Michael, the great name of the game, scored the third with a great goal in the final stretch of the first half and closed the account at 10 of the second, taking advantage of Bruno Henrique’s cross. 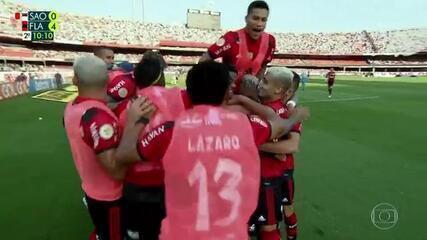 The goals of São Paulo 0 x 4 Flamengo, for the 32nd round of the Brasileirão

Of the few joys with Paulo Sousa

The beginning of 2022 was bitter for the red-blacks. Inconstant, the team was doing poorly both in defense and in attack with Paulo Sousa. In one of the few good games with the Portuguese, Flamengo made it 3 to 1 in São Paulo, for the second round of the Brazilian. Gabigol, Isla and Arrascaeta scored beautiful goals. 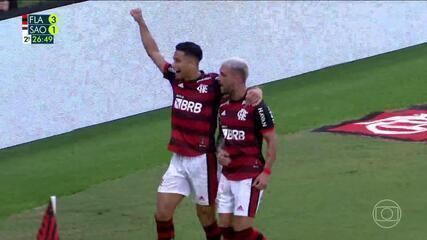 Already with Dorival Júnior and presenting a much better level of performances, Flamengo had the luxury of sending an alternative team to face São Paulo at Morumbi, for the second round of the Brazilian’s return.

The reserves quickly opened the scoring with Lázaro and controlled almost the entire match. When he watched São Paulo enjoying the game, Dorival sent Thiago Maia, João Gomes, Everton Ribeiro, Arrascaeta and Gabigol onto the field. In the move that marked the end of the duel, shirt 9 closed the score with a beautiful goal on the counterattack, his third in the last three games against Tricolor.

Opponent within the G-12 against which Flamengo has the worst balance in confrontations (-12), São Paulo managed to score in the 80s, 2000s and 2020s. The last one, by the way, preceded the current red-black sequence. Check out the games.

FIRST SERIES (All games for the Brazilian)