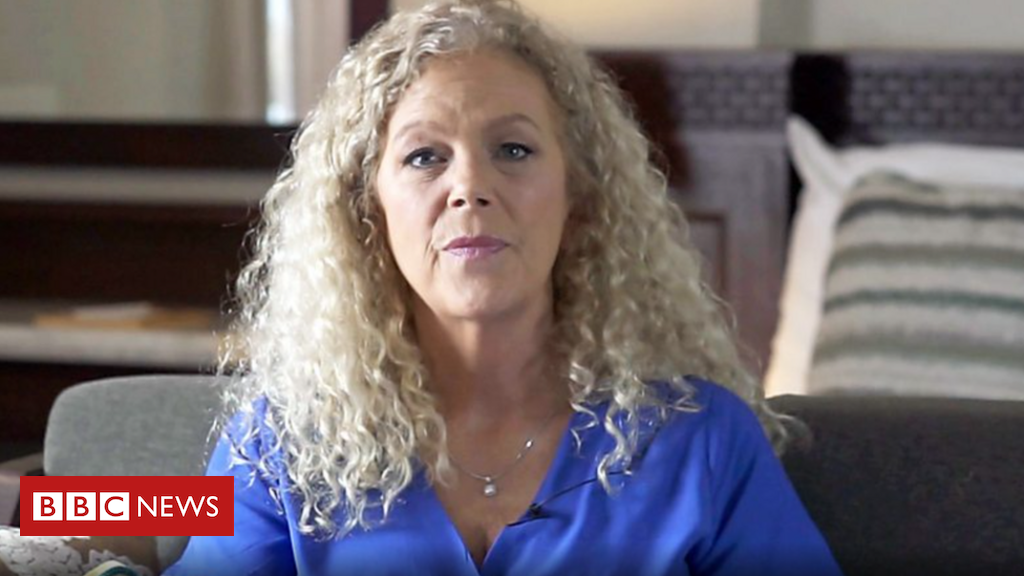 ‘How I Forgave Myself for Accidentally Killing My Friend’

On the day of the tragedy, Lis Cashin woke up excited. It was 1983, she was just 13 years old and she had been chosen as a javelin thrower in a school competition. She looked very capable of getting a medal.

But that afternoon changed his life forever.

“I walked to the starting ramp, picked up the javelin, took a deep breath and threw it as hard as I could,” he says.

At the last moment of the race, the dart turned right and headed towards her friend Sammy.

“I saw the dart hit her right in the head, just above her left eye. She stumbled forward and there was a lot of blood.”

Cashin pauses in the report. She swallows as she remembers.

“I fell to my knees with my head in my hands. I couldn’t process what was happening.”

For decades, Lis Cashin has heavily blamed herself for her friend’s death. She spent years affected by the tragedy and pretending to be okay.

How to learn to forgive yourself after such an experience?

The accident made the news in all the media. Meanwhile, her family tried to protect her from all the media noise.

But Lis confesses that no one really knew what to do. So, she ended up feeling that she could only get through this on her own.

At that time, Lis had a complicated relationship with her stepfather. On the way home from Sammy’s funeral, he said the victim’s name would never be mentioned at home again.

So Lis didn’t get professional help and couldn’t talk about the impact of it at home.

Lis developed PTSD, although she was not diagnosed until years later.

In addition to the immediate shock, Lis continued to blame herself for decades, despite investigations concluding that Sammy’s death was not her fault.

For a long time, she pretended to be fine when in reality she was experiencing intense emotional turmoil.

Lis began her trauma therapy at age 47. Gradually, she began to realize that Sammy’s death was not her fault.

“After therapy it was like lifting a weight off my shoulders. The moment I realized I hadn’t done anything wrong, I also realized all the pain and suffering that was created for me,” says Lis.

“I’ve never felt so much pain inside a room as when I talk to people about self-forgiveness,” says Marina Cantacuzino, journalist and founder of The Forgiveness Project (The Forgiveness Project), a UK-based charity that uses real stories of victims and perpetrators of crime and violence to help people explore ideas about forgiveness and alternatives to revenge.

“It’s much more than when I talk to people about forgiving others. Self-forgiveness cuts us to the heart of our identity,” adds Cantacuzino.

“People often go on journeys of self-discovery, and Cashin is a really good example. It took decades to forgive herself and go even further, because she realized that she was a child, that it was an accident, that there were adults who must have taken full responsibility for it.” responsibility for what happened”, explains the journalist.

Cashin says that she herself created these destructive thoughts about herself, that she was evil and that she should be punished. It was like that for many years.

“When I found out, my heart opened up, I developed self-compassion and had to forgive myself for everything I’d done to myself for so many years,” describes Cashin.

Research shows that self-forgiveness can reduce symptoms of anxiety and depression. And it can also improve physical health.

What can you do if you have trouble forgiving yourself?

Cantacuzino argues that guilt and shame get in the way of self-forgiveness. That’s why it’s so important to accept who we are and take a broader perspective on life.

He gives the example of when it comes to a person addicted to drugs.

“Maybe you’ve done a lot of damage to others and yourself. You can broaden your perspective and ask yourself why this happened. Well, because it’s an addiction, a disease. It can change the way you perceive yourself and how your life will change.” moves on”, says Cantacuzino.

According to the journalist, empathy and compassion are fundamental ingredients to forgive yourself.

You can achieve this by exploring similar stories from other people. So, something fundamental is to develop self-awareness and get to know yourself better.

According to Cantacuzino, “if we don’t know each other, we often make mistakes and cause great damage to the world.”

“Now my mission each day is to practice love and self-care. I meditate every day. I go out to exercise or enjoy nature,” says Cashin, who now claims to have support from a large network of friends and family.

It also ensures that you seek professional help if you need it.

“Some people say that self-forgiveness is selfish, but it’s about making peace with the things you’ve done and can’t change. Accepting that you’re a human who can fail like the rest of the human race,” concludes Cantacuzino.