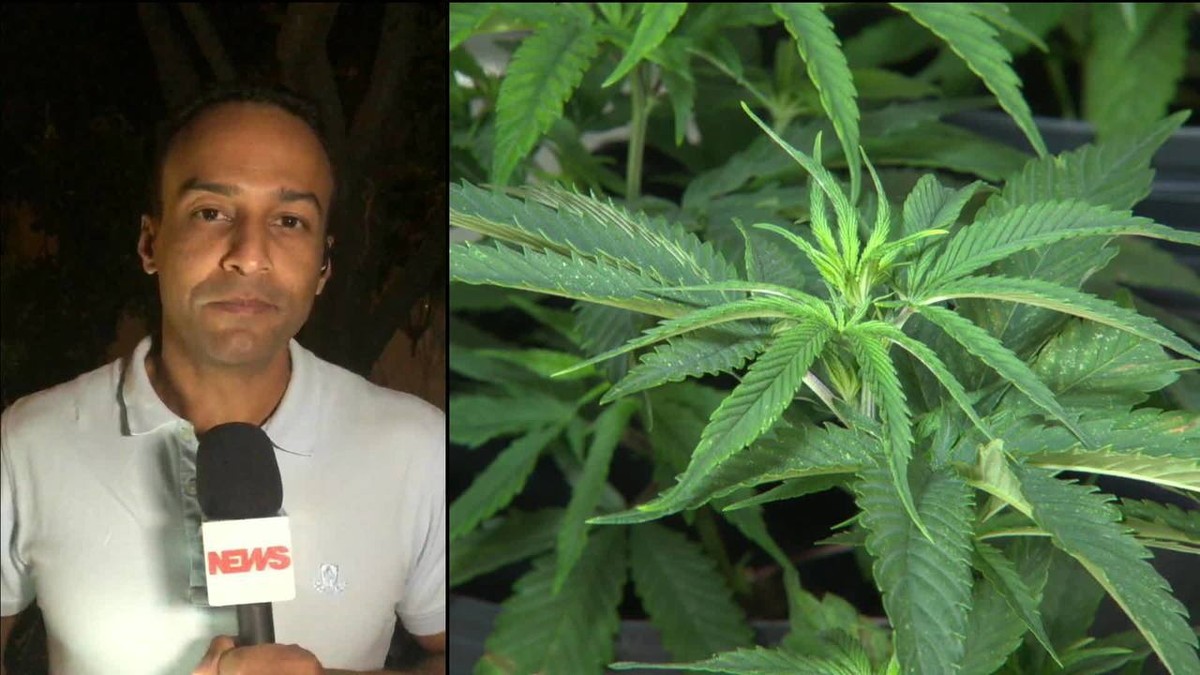 For generations, residents of one province in South Africa have made a living growing cannabis. Now, as the country moves towards marijuana legalization, these small growers could have advantages on the horizon. But that’s not quite how things are going.

The journey from Umthatha to the village of Dikidikini in the Eastern Cape Province of South Africa is a picturesque journey filled with endless vistas, secluded estates and winding roads that cut through rolling green hills that can easily be mistaken for cornfields – but they are not.

“That’s weed,” says my local guide and cannabis activist Greek Zueni. “Everyone here cultivates. That’s how they make a living.”

Cannabis, colloquially known as “umthunzi wez’nkukhu”, or “shadow chicken”, is an intrinsic part of many rural communities in Eastern Cape Pondoland and a vital source of income.

Small cannabis growers say they have been harmed by new legislation in South Africa – Photo: BBC

In a cluster of houses near the river bank, we found some men, women and children tending to a new crop. Their hands are stained green from pulling the pot flowers all day.

The pungent smell of cannabis hangs heavy in the air. They make jokes as they work—harvesting is a group effort. A huge pile of green plants is beside them, drying in the midday sun.

For community member Nontobeko, who asked to withhold her real name, growing cannabis is all she knows how to do. “I learned to grow it at age 8,” she says proudly.

“Cannabis is very important to us because it’s our livelihood and source of income. Everything we get is through the sale of cannabis. There are no jobs, our kids are sitting here with us.”

While cannabis may be a way of life for this community, growing it on this scale is illegal.

There are more than 900,000 smallholder farmers in the Eastern Cape and KwaZulu-Natal provinces who have been growing cannabis for generations.

These growers were often against the law, but the government’s tough stance on cannabis looks set to change.

It all started with a landmark court ruling in 2018 that decriminalized the private use, possession and cultivation of cannabis.

Earlier this year, during his State of the Nation address, President Cyril Ramaphosa said South Africa should tap into the multi-billion global hemp and cannabis industry, which he said has the potential to create 130,000 much-needed jobs.

While this may be good news for commercial companies, traditional Eastern Cape producers feel left behind. The cost of getting a license to grow cannabis is too expensive for many.

“The government needs to change its approach and create laws that are favorable to producers and citizens. Right now, people who have licenses (to grow cannabis) are rich,” says Zueni.

“They should be helping communities to grow so that they can compete with the world market. Here we have a commodity growing so easily and organically. We are not jealous, the rich must also enter, but please accommodate the poorest”, says Zueni .

Last year, the government released a central plan for the industrialization and commercialization of the cannabis plant. She values ​​the local industry, which has largely operated in the shadows, at nearly $2 billion.

The government is looking to make South Africa’s cannabis industry globally competitive and produce cannabis products for the international and domestic market.

The Sweetwater Aquaponics facility has a large capacity for cannabis production — Photo: BBC

Key to the launch is the Private Cannabis Purposes Act, due to be signed during the 2022-23 fiscal year, which provides guidelines and rules for consumers and those looking to grow cannabis in their own homes.

The law provides for the legalization of the cultivation of hemp and cannabis for medicinal purposes, thus opening up the industry to serious investment and growth. It is also expected to shed light on the still-murky legal areas and thus provide potential investors with clarity on the future of the South African cannabis market.

While much remains unclear, it appears that the government is committed to opening up the sector, because the economic opportunities are too attractive to ignore. The plans have broad public support, with few dissenting voices.

While the legal framework is still trying to keep up with a rapidly evolving market, many companies are moving forward in the hope that the law will eventually open up the industry.

As it stands, although private use has been decriminalized, it is still illegal to buy and sell cannabis and various products derived from the plant.

However, judging by the proliferation of stores selling cannabis products across the country, authorities are already turning a “blind eye” on this type of trade.

In addition to this domestic market, private companies can grow medical cannabis for export.

‘Distribution opportunities in Europe are great’

Labat director Herschel Maasdorp says the company is experiencing significant growth in both Europe and Africa.

The company was also listed on the stock exchange in Frankfurt because “Germany is Europe’s biggest market for distributing medical cannabis,” he says.

“Distribution opportunities in Europe are very large. Also, you have to take into account other markets. There is a proposal that we have consolidated in several different countries, from Kenya, Zambia, Uganda, Rwanda, Tanzania, as well as Zimbabwe.”

Legal cannabis trade on the continent is expected to rise to $7 billion as regulation and market conditions improve, says the London-based analyst at Prohibition Partners.

In its Global Cannabis Report, Prohibition Partners predicts exponential growth in the industry worldwide. “Combined global sales of CBD, medical and adult cannabis reached $37.4 billion in 2021 and could reach $105 billion by 2026.”

For Wayne Gallow of Sweetwater Aquaponics, incorporating traditional producers into the industry is crucial for economic development in the Eastern Cape.

“What we wanted to achieve with our license is not just to grow medical cannabis, but to use this license to benefit everyone in the Eastern Cape,” he told the BBC.

He admits that more traditional growers were left behind as cannabis legislation progressed.

“The Pondoland area was synonymous with the supply of cannabis across South Africa,” he says.

However, the changes in the law have had a “harmful” effect on Pondoland’s farmers, because it means that anyone can now grow and consume their own cannabis, so they no longer have a market for a previously very profitable crop.

Even growing cannabis for export for medicines is not viable for small farmers because of the exorbitant costs. Requires a license from the South African Health Products Regulatory Authority (SAHPRA), which costs US$1,465.

In addition to the license fee, to set up a medical cannabis facility you need around $182,000 to $304,000, which is beyond the reach of many traditional producers.

However, there is some promising news for Eastern Cape farmers. The Pondoland or Landrace variety of the plant, which grows so abundantly in the region, has shown some encouraging preliminary results in supporting breast cancer treatment.

Sweetwater Aquaponics and the Council for Scientific and Industrial Research (CSIR) are currently conducting a study, and scientists are optimistic that the strain will produce good results.

It’s still early days, but if the Pondoland variety proves to be effective, it could be the game-changer that traditional growers are desperately looking for.