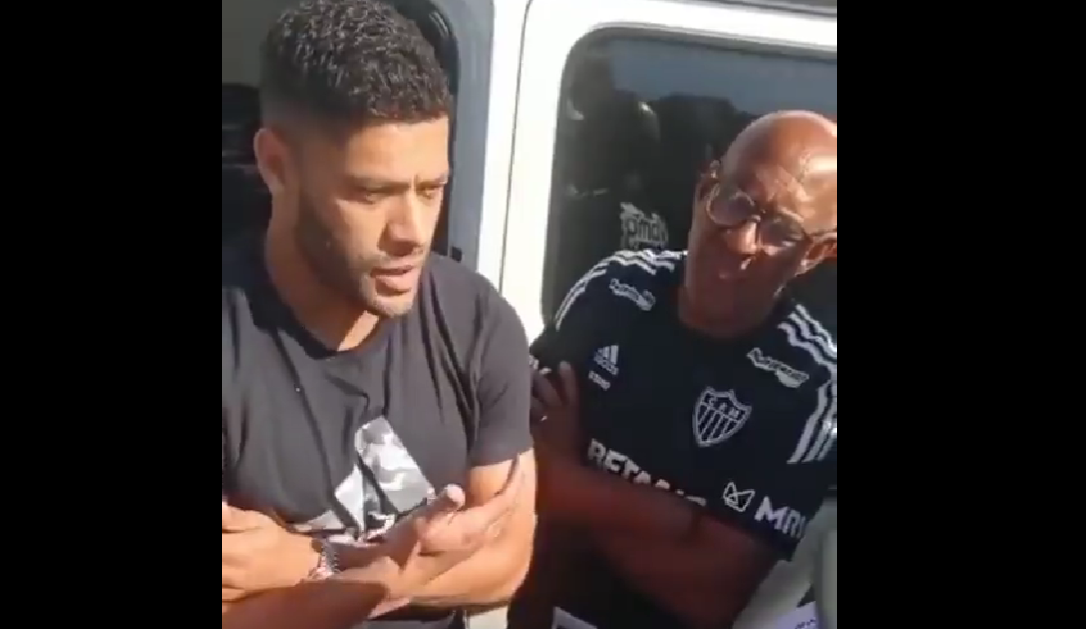 Atletico’s main star, Hulk got out of the car and talked to members of an organized Galo crowd, who were protesting at the door of the CT, on the morning of this Wednesday (24). The fans demanded more commitment from the athletes.

Hulk, on the other hand, countered the charges claiming that there is no lack of attitude from the players. According to him, just look at the countless chances of goals that are created by the team during the matches.

“You don’t know how much we charge ourselves, how much we focus. Everyone goes home, takes care to get here and do their best. We arrive at games and lack of will is not, lack of attitude is not. In every game, we’ve been doing our best, creating countless opportunities,” said Hulk.

“We talked to Allan, with a normal face, everyone with a cool face. Look at your face, bro”, says one of the fans to Hulk.

In the defeat to Goiás, Hulk heard some boos from the stands, a fact that caught the attention of many. Atletico’s main player’s goal fast has been bothering him. Keno, his attack partner tried to defend his colleague.

“I know the fans are hot-headed, but we have to work and we will do everything to help the Hulk. Look what he did last year for us. We have to pass this confidence on to him, who is a fundamental player in our group. I’m sure that in the next games he will score. He deserves it, he’s a professional guy, family, guy who works on and off the field. We have complete confidence in him,” Keno said.

Vargas is also the target of charges

Earlier, Eduardo Vargas, who has not played since the controversial expulsion in Libertadores, heard it earlier. At the time, the Chilean generated strong irritation from coach Cuca, who would choose the striker for the penalty shootout. Punished in the pocket, the player was cut from the team’s last games in the Brazilian.

From the car, Vargas heard that he would be sought after, even at nightclubs if necessary. “I haven’t been out in a while,” he even said.

Previous What Brad Pitt has to say about controversy with Angelina Jolie and the FBI?
Next Chadwick Boseman will be one of the honorees of Disney Legends 2022