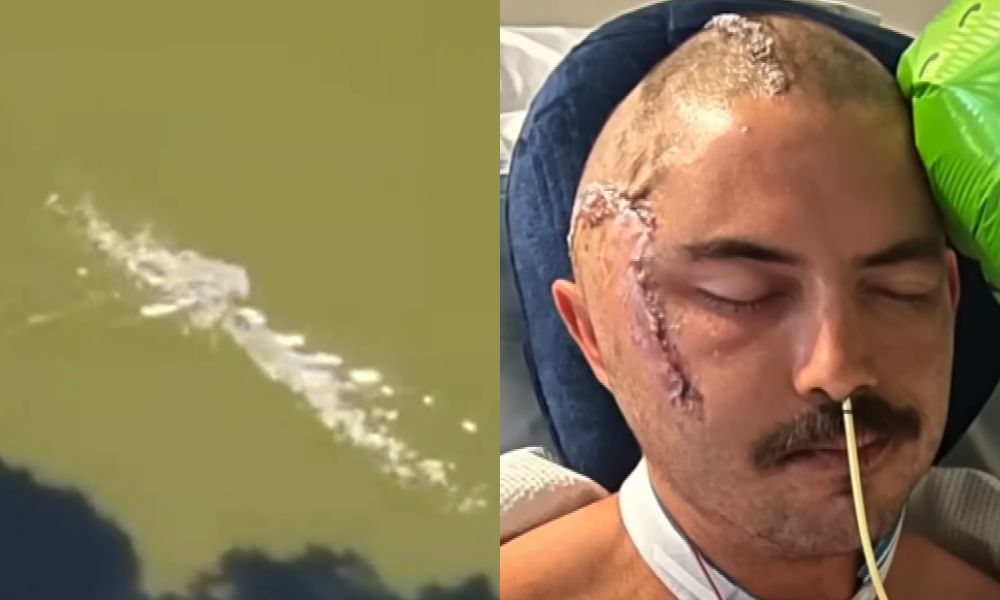 Man has head bitten by alligator: ‘Brain was bitten and jaw was in pieces’

Firefighter Juan Carlos la Verde underwent surgery and is recovering; The attack happened when he was recording an adventure video on Lake Thonotosassa

Firefighter Juan Carlos la Verde was attacked by a three-meter alligator while recording an instructional video for his outdoor adventure company. He was at Lake Thonotosassa, in Florida, when he noticed the animal swimming towards him. The man had his head and part of his torso bitten by the animal and, despite the serious injuries he suffered, he survived and, in an interview with the WFLA TV, he told his story. “I felt the equivalent of a phone post falling and hitting my face,” he declared. “I felt scales, I felt teeth, so I knew what I was in,” added La Verde, describing what he did to save himself. “God gave me strength and the ability to instantly grab the top and bottom of his jaw,” he reported. “After I got rid of it, I tried to keep swimming to the docks,” but, “it’s very challenging to do that when your brain has been bitten and your jawbone has been torn to pieces.” A video recorded by a drone that was being commanded by a partner of La Verde, shows the exact moment of the attack. When he managed to get to safety, the man, a member of the Oldsmar Fire Department and a veteran of the US Air Force, USA, was taken to the hospital where he was hospitalized for 10 days. He underwent reconstructive surgery and is recovering. Part of the right temporal lobe needed to be removed. Despite the injuries and recovering, la Verde is optimistic about the future and does not intend to abandon his adventures. “The story is about a miracle. Find joy, whatever it is for you, this is my challenge for you to find it”, he concluded.

A Florida triathlete using a drone to film an instructional video on Lake Thonotosassa caught the moment he swam right into what he believes was a 12-foot alligator. pic.twitter.com/baV5ojrmXM