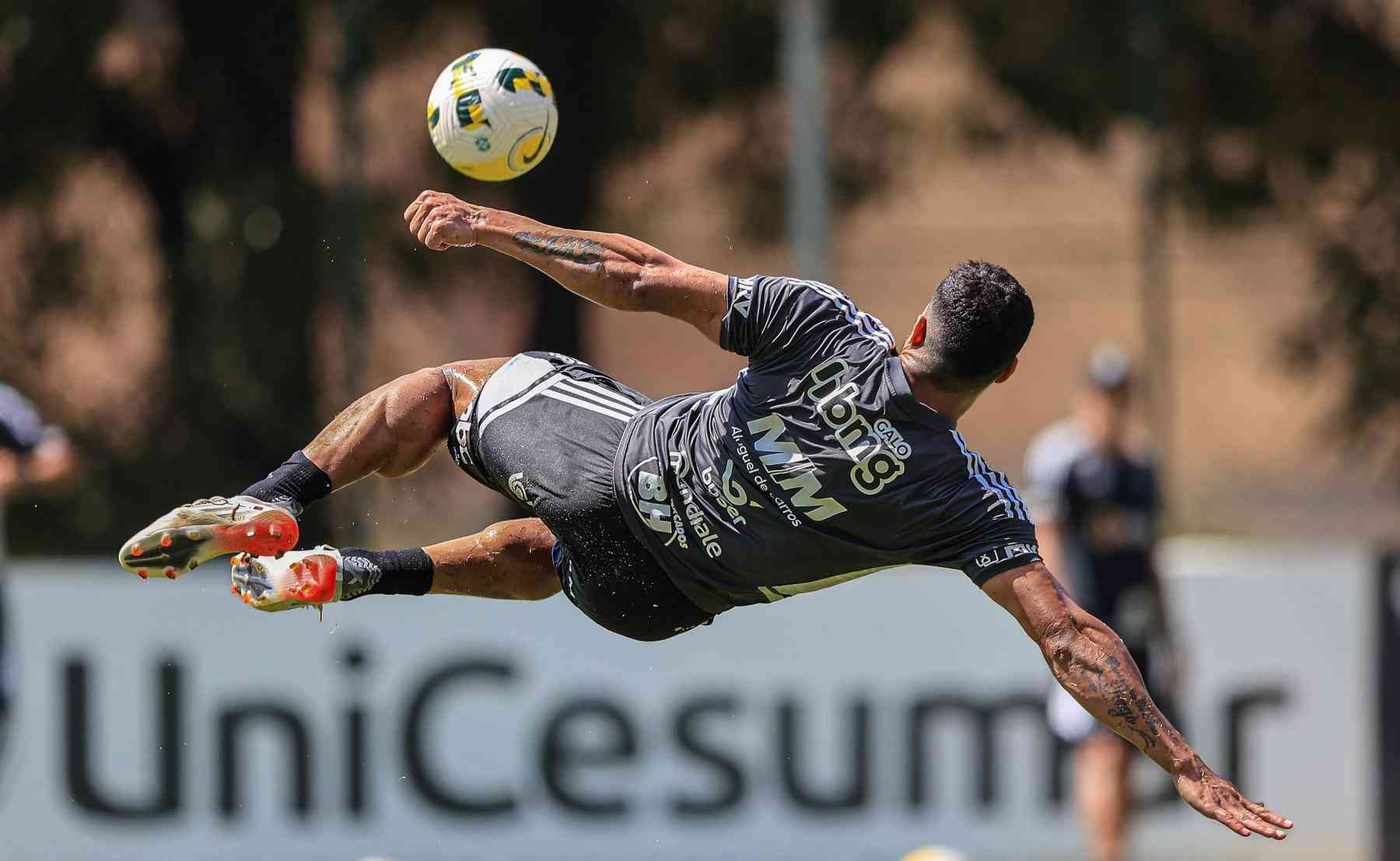 On a protest morning in Cidade do Galo, Atltico trains submissions

On a day of protest at the entrance to Cidade do Galo, in Vespasiano, Atltico had a training session on submissions. In the images, it is even possible to observe players in acrobatic moves, such as volley attempts. See, in the photo gallery below, the best moments of the activity held this Wednesday morning (24/8).

As the athletes arrived for training at the Atltico CT, members of the club’s main organized crowd requested that the cars stop for conversations. The athleticans demanded greater commitment from the team, which has a season below expectations. Striker Eduardo Vargas was even intimidated.

In the images released by Galo, the players train conclusion of moves. In one of them, Hulk tries to dribble Rafael, reserve goalkeeper, to score a goal. The striker hasn’t hit the net with the ball rolling for more than two months and is still looking for his first goal against rivals America.

Coelho is the next opponent of Atltico in Serie A of the Brazilian Championship. The rivals will measure their strength at 4 pm on Sunday (28/8), at the Independencia Stadium, in Belo Horizonte, for the 24th round.

For the duel against America, Atltico continues with two casualties from the reserve team in the medical department. With serious injuries, defender Igor Rabello (knee) and midfielder Otvio (thigh) will undergo long treatment processes.

Away from Galo’s last two games due to a serious mistake in the Copa Libertadores, Vargas should once again be listed by Cuca. Who should also appear on the list is defender Jemerson, hired in June, but still in search of the ideal physical conditions to return to acting.