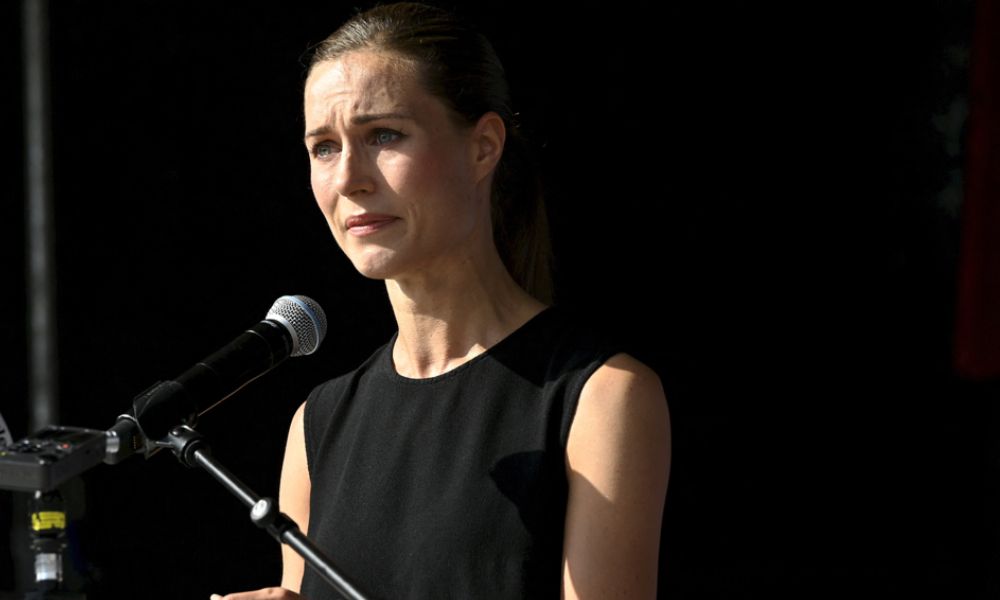 On the verge of tears, Finnish PM talks about leaked video and defends his right to ‘joy and life’

Sanna Marin was heavily criticized for having images of a private party, in which she appears descending to the ground, shared on social media.

HEIKKI SAUKKOMAA / LEHTIKUVA / AFPSanna Marin apologizes for the controversies during her speech, but emphasizes that she has the right to have fun in her free time

“I am a human being. Sometimes I also look for joy, light and pleasure in the midst of these dark clouds, ”she declared on the verge of tears and with a trembling voice the Prime Minister of Finland, Sanna Marin, defending her private parties after the controversy caused by some videos in which she appears dancing at a lively party. “This is something private, it’s joy and life. But I didn’t miss a single day of work,” she declared during an rally organized by her party, the Social Democratic Party (SPD), in Lahti, southern Finland. “I want to believe that people watch what we do while we work and not what we do in our spare time,” she said on Wednesday, admitting that the past week has been “very difficult.” Marin had to perform a drug test to see if she had used drugs or not. The test came back negative. However, some accuse her of having behaved inappropriately for the position she holds and others defend her right to enjoy a private event in the company of her friends.

On Tuesday, Marin, Europe’s youngest prime minister, returned to the front pages of newspapers as she apologized for another photo taken at her home in July. In the image, released by Finnish media, two women are seen kissing and lifting their blouses, leaving their chests exposed, but covered by a sign that says “Finland”. “I think the photo is inappropriate, I apologize. This photo should not have been taken,” Marin told the press. The manager explained that that day some friends were at her residence to spend a night together and go to the sauna. At first, the photo was published on the social network TikTok, where it was released by an “influencer” and former Miss Finland candidate, who appears in the image.