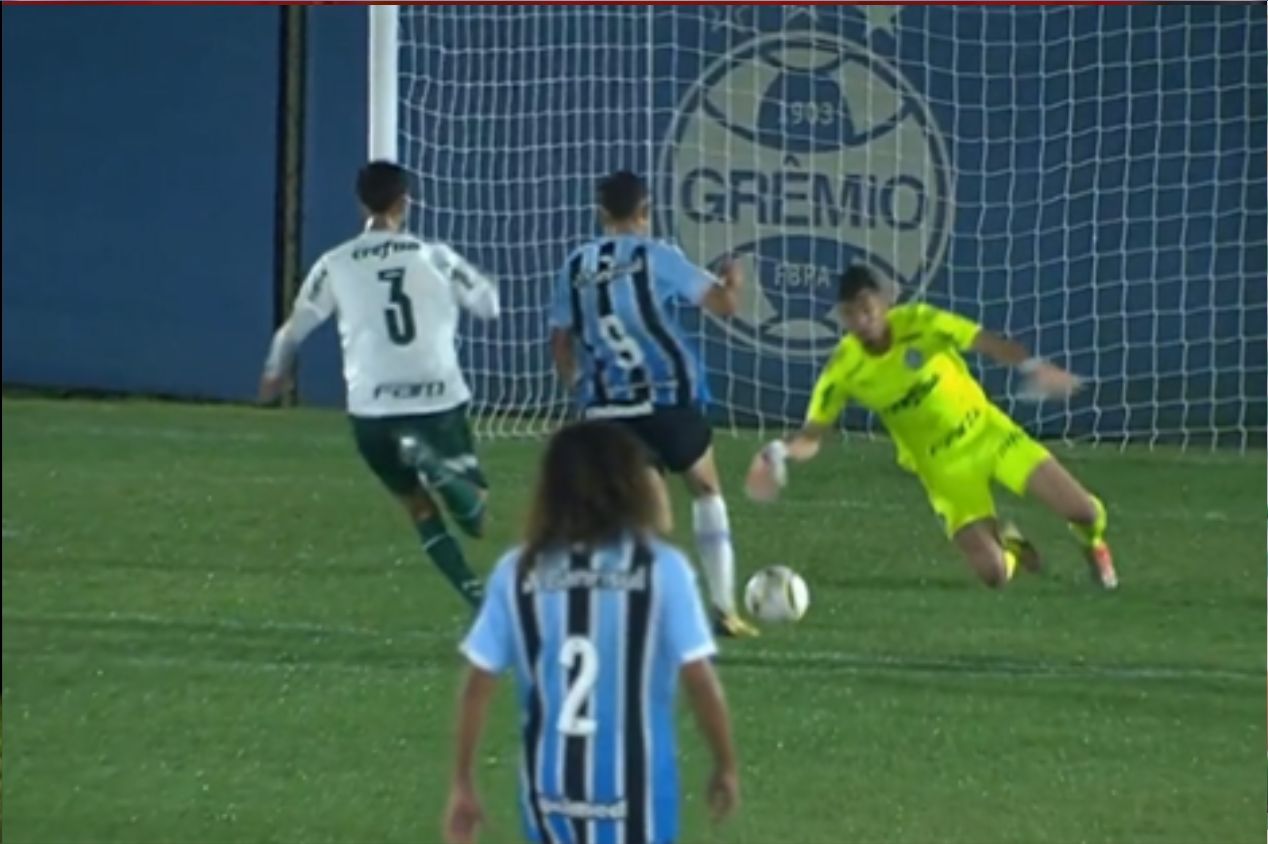 The game between Grêmio and Palmeiras, for the fourth round of the under-17 Brasileirão, on Tuesday night, at CT Hélio Dourado, in Eldorado do Sul (RS), had a big scare.

When the match was approaching the end – it ended in a 0-0 tie -, the Palmeiras goalkeeper César got the worst in a match with the forward Caniggia, from Grêmio, and had to be taken to the hospital for observation.

In the bid, the boy blocked a kick from Grêmio’s striker, who ended up, in the sequence, hitting Caesar’s forehead with a very strong knee.

According to the SporTV report, César had a dent in his skull because of the blow, but he left the pitch conscious.

The advice of the Palmeiras base confirmed that the boy is well and conscious, under observation at the hospital.

Usually in cases like this, the person needs to be under observation for at least 24 hours before being discharged. It takes seven to ten days to get back to training and playing.

See the move in which the young Palmeiras goalkeeper suffered the knee:

Verdão has first draw in Brazilian under-17

Current champion of the Copa do Brasil in the category, Palmeiras has not had a good start in this year’s Brasileirão under-17 and, after four games, has only four points, with one win, one draw and two defeats.