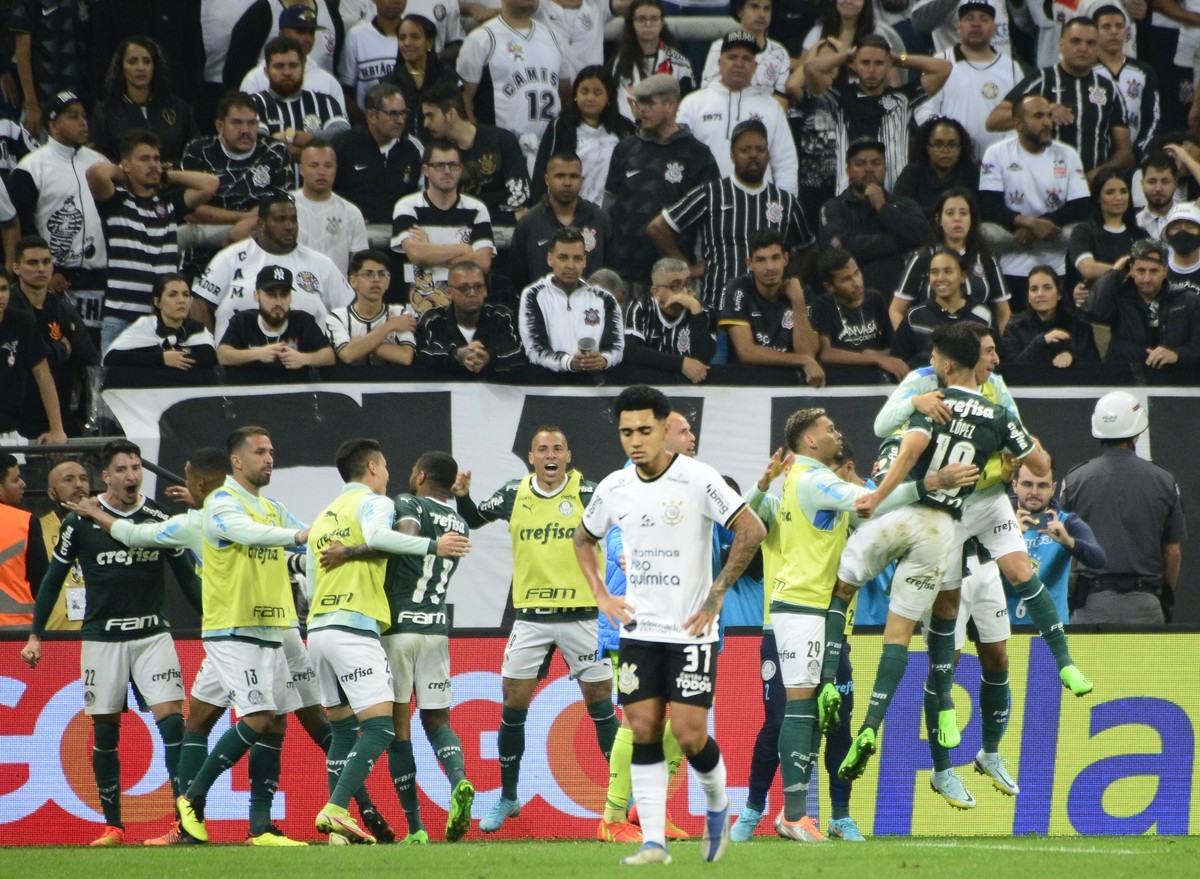 Palmeiras will have a sequence of three games away from home, two of them decisive and valid for Campeonato Brasileiro and Libertadores da América. The first of them will be on Saturday, at 19:00 (Brasília time), against Fluminense, at Maracanã, for the 24th round of the Brasileirão.

In addition to the team from Rio, vice-leader of the Brasileirão, Verdão will face Athletico-PR, on Tuesday (30), at Arena da Baixada, in the first leg of the Libertadores semifinal. The following Saturday, the opponent will be Red Bull Bragantino, in Bragança Paulista, for the Brazilian Championship.

The sequence could make the fan worried, if it weren’t for Palmeiras’ use as a visitor in 2022. Verdão has a little more than 69% of success playing away from home.

Palmeiras players celebrate a goal against Corinthians away from home — Photo: Marcos Ribolli

Palmeiras played 26 games as a visitor in 2022, taking into account Paulistão, Libertadores, Copa do Brasil, Brasileirão and Recopa Sudamericana. There were 15 victories, nine draws and only two defeats (both to São Paulo, in games for the state final and the round of 16 of the Copa do Brasil).

Taking into account the Brasileirão and Libertadores, the two competitions in which Palmeiras are in dispute, were 16 games, with 11 victories and five draws. Verdão has not yet been defeated playing away from home for the two championships that are still in the fight for the title.

Palmeiras is undefeated playing as a visitor in the current edition of Libertadores — Photo: Staff Images/Conmebol

The match against Fluminense, on Saturday, will be the third consecutive match between Palmeiras and the vice-leader of the Brasileirão. It was like this in the two previous rounds against Corinthians and Flamengo, respectively. Verdão won Derbi, away from home, and drew at home with the Rio de Janeiro team.

With 49 points, Palmeiras leads the national competition with eight points ahead of Fluminense. A victory at Maracanã would leave the São Paulo team in even more favorable conditions in the dispute for its 11th Brazilian Championship title. 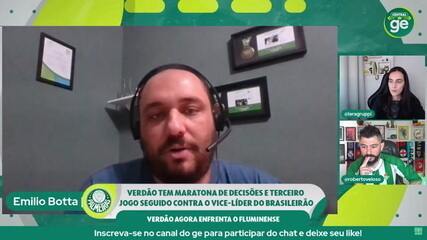 Emilio Botta talks about the August Marathon of Palmeiras

Just three days after the duel against Tricolor das Laranjeiras, Palmeiras will have Athletico-PR as a rival in the dispute for a spot in the Libertadores final.

Hurricane, by the way, is one of the four teams that managed to defeat Verdão in 2022. Under the command of Felipão, Athletico-PR beat Palmeiras at Allianz Parque, in a duel for the Brasileirão.

Palmeiras ends the streak away from home against Red Bull Brgantino, in Bragança Paulista, in confrontation for the Brazilian Championship before hosting Athletico-PR in the definition of one of the finalists of Libertadores da América.

Previous “The Gray Man” Enters Netflix’s Top 5 Most Viewed Original Movies Ever
Next “iPhone 14”: without much news, Apple bets on the Pro line