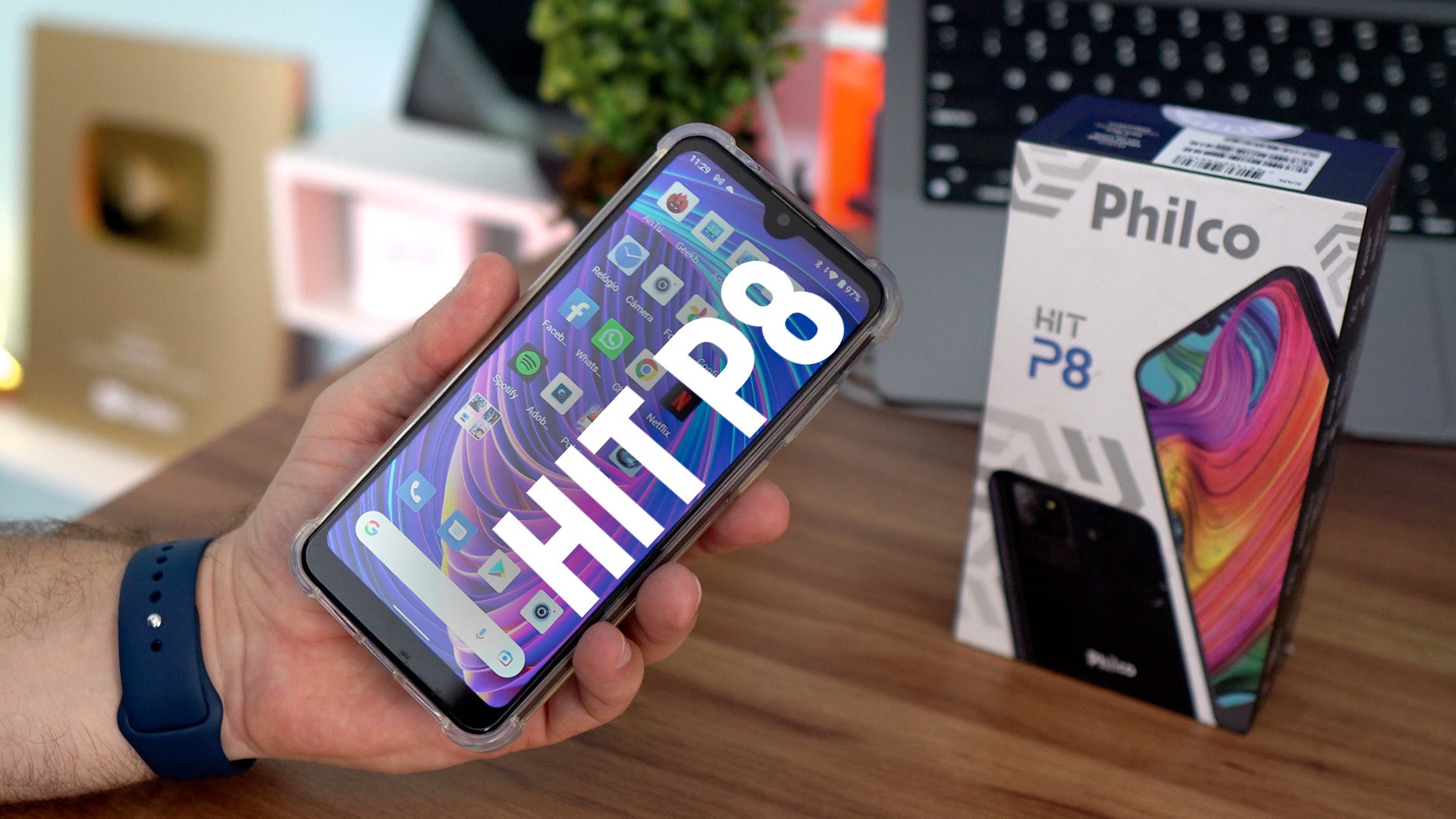 Philco has expanded its line of cell phones now in mid-2022 with the launch of the Hit P8, a more affordable model that completes the family formed by the P10, P12 and P13 models. The latter is the most basic and also the cheapest of the line, which should attract the attention of those who want to save as much as possible when choosing a new smartphone. Is it worth it?

The P8 has a removable back to give access to the battery, chip and micro SD slots. It is quite rare to see devices with this approach, but it is interesting for those who still enjoy carrying an extra battery in case of emergencies and do not want to be a slave to sockets or wait for slow charging via powerbank.

The design of the new Hit is a little curious. On the front there is a drop notch with a wider frame than is common in the segment. At the rear we have the initial impression that the device has four cameras, but there are only two; the others are light control sensors. The fingerprint sensor is located in the camera block itself

The 6-inch screen has a good level of brightness for the segment, but it doesn’t impress in terms of contrast or viewing angle. The colors are quite saturated by default, and you can make some adjustments to the settings. The sound is low and muffled, which compromises the multimedia experience; At least it comes with headphones in the box.

The hardware consists of a Unisoc SC9863A chipset with an octa-core processor, 3 GB of RAM and up to 64 GB of internal storage with the possibility of using a memory card of up to 512 GB. Multitasking performance isn’t the best, as are heavy games that stutter on the P8. It is a mobile for those who do not use many apps at the same time and also play games only occasionally.

The 13 MP rear camera lacks clarity and color even in well-lit places. At night it will suffer a lot to get good photos with the Hit P8, while the secondary one is dedicated to macros and also has a strong limitation. The front even manages decent selfies when shooting during the day, but we have dark and grainy images at dusk. The camcorder loses fluidity in dark places, it lacks stabilization and the audio capture is quite muffled.

Is it worth buying the Philco Hit P8? If your budget is tight or you’re just looking for a basic cell phone for simple tasks, it will do the trick. If you are looking for other more interesting basic options, just check out our full review at the link below.

The Philco Hit P8 was launched Brazil in July 2022 by BRL 1,399but it can already be found for much less in the offers below:

Previous After reducing R$ 2 million, Santos sees fortune ‘dripping’ for Palmieri’s journey at West Ham
Next Emmy 2022: Marvel Actors Who Were Nominated in Next TV Oscars