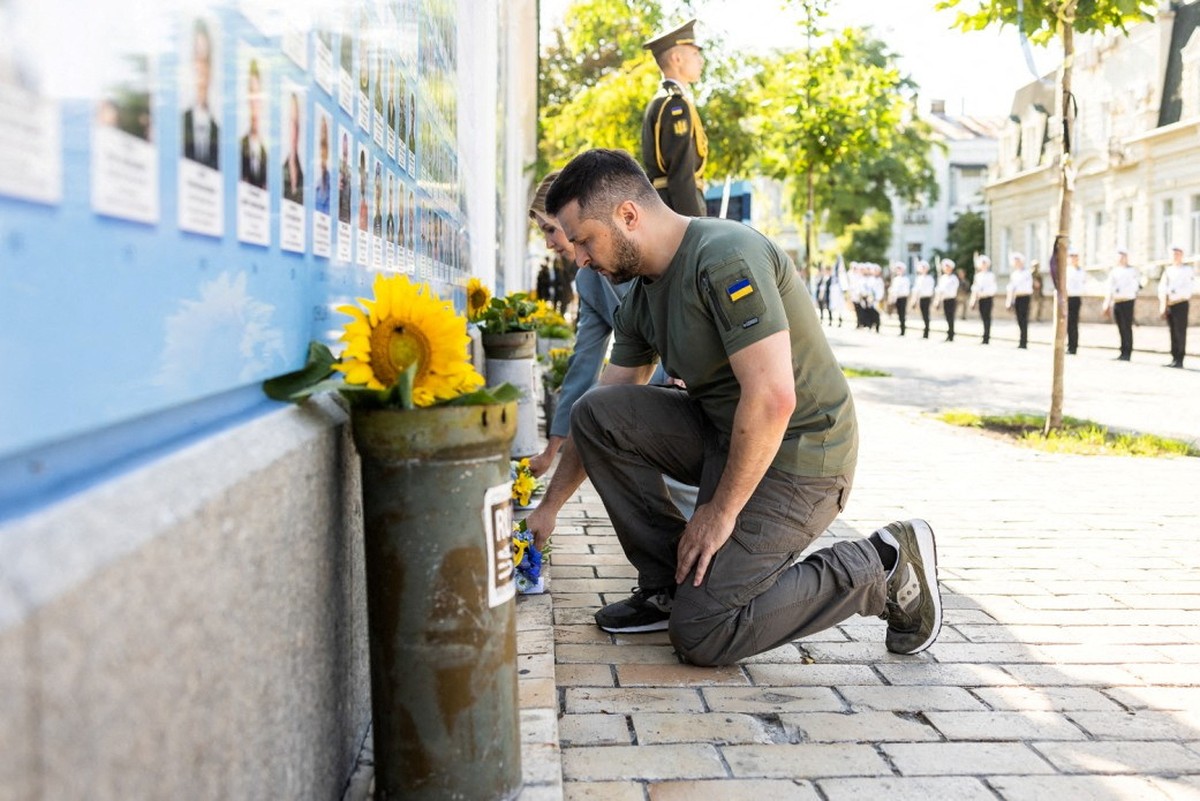 ‘The country has been reborn’, says Zelensky on the day of Ukraine’s independence and six months of war | Ukraine and Russia

In an inflated and emotional speech on Ukraine’s independence day and also as the war turns six months, the country’s president, Volodymyr Zelensky, said that his nation was “reborn” after Russia’s invasion.

In an assessment of the six-month war, the Ukrainian leader praised his country for “staying firm”, promised to reconquer the Crimea peninsula, annexed by Russia in 2014, and the Donbass, in the east of the country, dominated by Russian troops after the beginning. of war.

Zelensky ruled out dialogue for the time being and said the war will only end when Kiev is victorious, not when Russian bombing ends, indicating a counter-offensive by his country.

“We are not going to sit at the negotiating table out of fear, with a gun to our heads. For us, the most terrible thing is not missiles, planes and tanks, but handcuffs,” he said. “What for us is the end of war? We used to say: peace. Now we say: victory. We don’t care about the army you have, we only care about our land. We will fight for it until the end,” he declared, in a message to Moscow.

“We’ve stood firm for six months. It’s been tough, but we’ve clenched our fists and we’re fighting for our destiny.”

War in Ukraine: remember striking scenes in the 6 months of the Russian invasion

On February 24th – 6 months ago, therefore – what the Kremlin calls a “special operation” in Ukraine began, but which the rest of the world identified as a war or invasion of that country.

With the initial claim that it wanted to “denazify” the neighboring territory, Russian troops bombed dozens of military and civilian targets across practically the entire Ukrainian territory, in front of an international community perhaps no longer surprised by the aggression, but still stunned by the breadth of the attack. action.

Russian military superiority was to be expected, as for years Moscow had flaunted its “muscles” in large parades and displays of war equipment. However, the course taken by the next operation does not seem to be the one expected by Vladimir Putin’s generals, as can be seen in the six maps below.

Also on Wednesday, the President of Belarus, Alexander Lukashenko, Russia’s main allycongratulated the Ukrainian people on their independence day.

“I am convinced that the current differences cannot destroy the multisectoral basis of sincere good-neighborly relations between the peoples of the two countries,” Lukashenko said in a message.

Belarus will continue to advocate “strengthening friendly contacts based on mutual respect at all levels with Kiev,” he added.