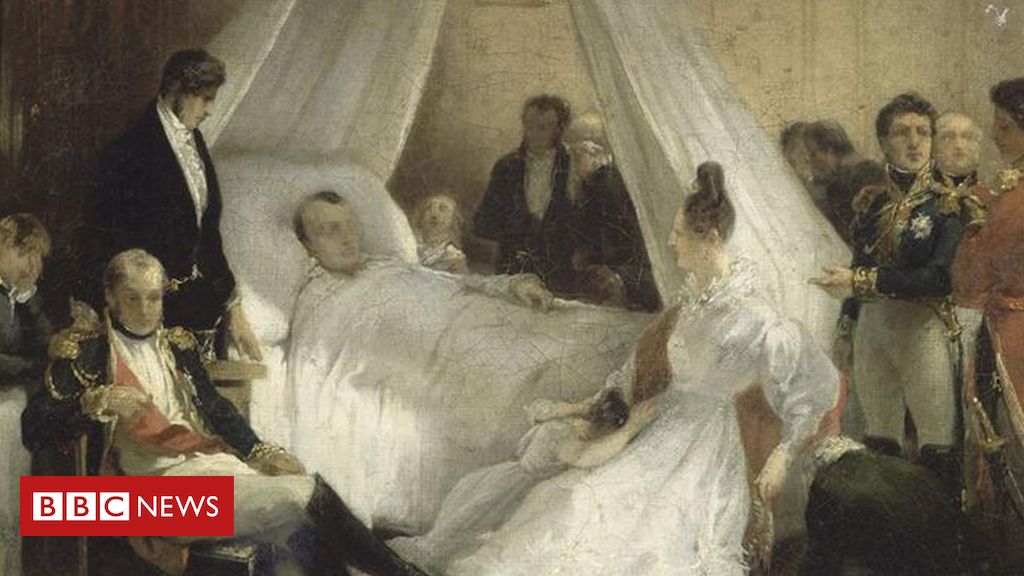 Stored in a small leather box, deteriorated and dried by time, a human penis is kept under lock and key by the daughter of an American urologist. Measuring 3.8 centimeters, the human fragment is considered a bizarre relic. It would be the sexual organ of French statesman and military leader Napoleon Bonaparte (1769-1821), one of the best-known political personalities in human history.

There is more mystery than confirmation about the curious piece. Author of an article on the subject, historian Vítor Soares, who maintains the podcast História em Meia Hora, tells BBC News Brasil that, when it comes to this, “things are not so consensual”.

“Although for a long time people were sure that the penis was his, there is the possibility that it is not. It has never been proven that it really is,” he points out.

Researcher member of a group at Universidade Estadual Paulista and professor at Colégio Presbiteriano Mackenzie Tamboré, historian Victor Missiato has a similar opinion. “It is difficult to prove that, in fact, this penis belongs to Napoleon Bonaparte, because there is no study linking the genetic material of this penis with that of Napoleon’s remains, buried in France”, he argues, in conversation with the report. “Nowadays, with the technologies available, it would be possible, it would be worth it.”

“There is a trajectory [do órgão sexual atribuído ao estadista]. It is possible that it is his because at the time there was already a historical importance, a meaning about Napoleon”, explains Missiato.

This trajectory was extensively recovered by historian and journalist Tony Perrottet in his book Napoleon’s Privates: 2500 Years of History Unzipped. Starting from what is notoriously proven: that when he died, on the island of Saint Helena, on May 5, 1821, he underwent an autopsy.

If the limb subtraction did take place, it was likely in front of witnesses. Reports indicate that there were 29 people close to Bonaparte’s body from death to preparation for burial, including eight doctors, two maids, a priest and a servant.

Penile amputation would have been performed by the physician François Carlo Antommarchi (1780-1838). Some believe it was out of revenge because he would have been tasked, somewhat grudgingly, with spending a season on the island to tend to Bonaparte’s already failing health—he suffered from a stomach ulcer and probably died of cancer.

To make matters worse, it is said that the doctor used to be mistreated by his illustrious patient, who often received him with spitting and cursing.

The path of a sexual organ

According to Perrottet’s research, Antommarchi would have sold the intimate relic to the Italian priest Ange Paulo Vignali, in charge of giving extreme unction to Bonaparte. He took her to Corsica — the birthplace of the deceased and also his, the priest.

Soares says that the discrepancies already begin there, because other theories accuse the priest himself of having subtracted the noble member, others work with the possibility that everything had been agreed between the doctors present – since the removal and preservation of parts of the body of personalities is not uncommon in history.

In 1916, British antiquarian Maggs Bros bought the item, which was kept by the Corsican priest’s family. Over the next five decades, the sex organ attributed to the former French emperor became an object of curiosity around the world.

The penis would change hands a few years later. Considered “the terror of the auction room”, for his always financially aggressive participation in the auctions promoted by Sotheby’s, in London, the American collector and bookseller Abraham Simon Wolf Rosenbach (1876-1952) bought a lot of gems in 1924. set included the Napoleonic gem.

It is from then on, when the piece is taken to the United States, that documentation begins to exist — precarious, of course — to try to prove its authenticity. Rosenbach’s own company published a catalog in the 1920s emphasizing that “the remarkable relic has recently been confirmed by the publication in the Revue des Deux Mondes of an excerpt from St. Denis’ posthumous memoirs, in which he expressly says that he and Vignali took small pieces of the Napoleon’s body during autopsy work”.

Interestingly, the catalog uses a euphemism to name the organ. The text says that it is “a mummified tendon taken from Napoleon’s body during the autopsy”. St. Denis, quoted in the text, was Louis Etienne Saint-Denis (1788-1856), personal servant of the former emperor.

It was Rosenbach who packaged the penis as it is today, in a velvety blue Moroccan leather box. According to the official text of the current organization Rosenbach, which maintains a museum and a library stemming from the collection of its founder, the collector “delighted” when he spoke “about the notorious relics of Napoleon”.

In 1927, the piece was publicly displayed at the Museum of French Art in New York. According to press reports at the time, the exhibition provoked “sentimental sighs” and “women giggles”. Napoleon’s penis has been compared to “a wrinkled eel”.

Rosenbach sold the relic to one of his best clients, bibliophile Donald Frizell Hyde (1909-1966), who was president of the Bibliographic Society of America. When he died, his widow returned possession of the object to Rosenbach’s successors.

Shortly thereafter, the famous penis was purchased by collector Bruce Gilmeson. He tried to auction the member at Christie’s auction house in London in 1972. It was a failure. Without receiving the minimum bid, the organ returned to Gilmeson’s collection.

The urologist who saved the limb

Five years later, however, the American urologist John Kingsley Lattimer (1914-2007), a notorious professor at Columbia University, used to collecting historical objects — hired by the family to analyze the evidence of the assassination of John Fitzgerald Kennedy (1917-1963) , he kept a piece of the upholstery of the presidential limousine where the then president was when he was shot.

From then on, Napoleon’s penis regained its privacy. Lattimer did not show off the famous member, reserving him only to inner circles — it is estimated that fewer than 10 people have seen him since.

It was the urologist who propagated the version that the extirpation of the sexual organ took place out of revenge on the part of the doctor, as a form of retaliation for the impolite manner in which the former French statesman treated him.

When Lattimer died, possession of the sexual organ went to his daughter. Which strictly follows the father’s request: not to show the penis to anyone who is curious.

Soares recalls that the sexual organ was not the only piece of Napoleon Bonaparte’s body that would have been removed at the time of the autopsy. In the memoirs of the servant Denis, for example, he states that he would have taken advantage of a moment of distraction from the doctors to subtract, himself, some pieces of the deceased’s rib.

It is said that the former emperor himself had expressed a wish that, with his death, his heart would be removed and sent as a gift to his wife – but this wish was not fulfilled.

The idea of ​​preserving organs and tissues from dead personalities is not uncommon throughout history. Here, the case of the heart of Dom Pedro I (1798-1834) is famous, brought to the country this week to take part in the celebrations of the bicentennial of Independence — proclaimed by him, who would become the first emperor of Brazil.

In Pátio do Colégio, the historic center of São Paulo, there is a human femur attributed to the religious José de Anchieta (1534-1597), a Jesuit priest who was one of the founders of the city and is now considered a saint by the Catholic Church. In the basilica dedicated to Saint Anthony (1195-1231) in Padua, Italy, it is possible to see the language that would have belonged to the friar with a reputation as a miracle worker.

“This practice is linked to the Christian tradition”, points out Missiato. “The idea of ​​the body as a sacrifice dates back to before Christianity, but later it grows in proportion.” According to his explanations, this originally religious imagery gains patriotic contours when national states begin to be created.

“There is a clear connection between nationalisms, which appropriate Christian values ​​and produce new symbols, new heroes and new stories, with this type of worship”, he contextualizes.

“Thus, great national leaders are built as heroes. In this sense, the idea of ​​having access to these materials, these relics, is a way of appropriating the power of these figures”, he adds. “This moves the national imagination. In national projects, this appropriation of an originally Christian symbology is common. And these heroes of the past come to be seen as well as the present, as eternal.”