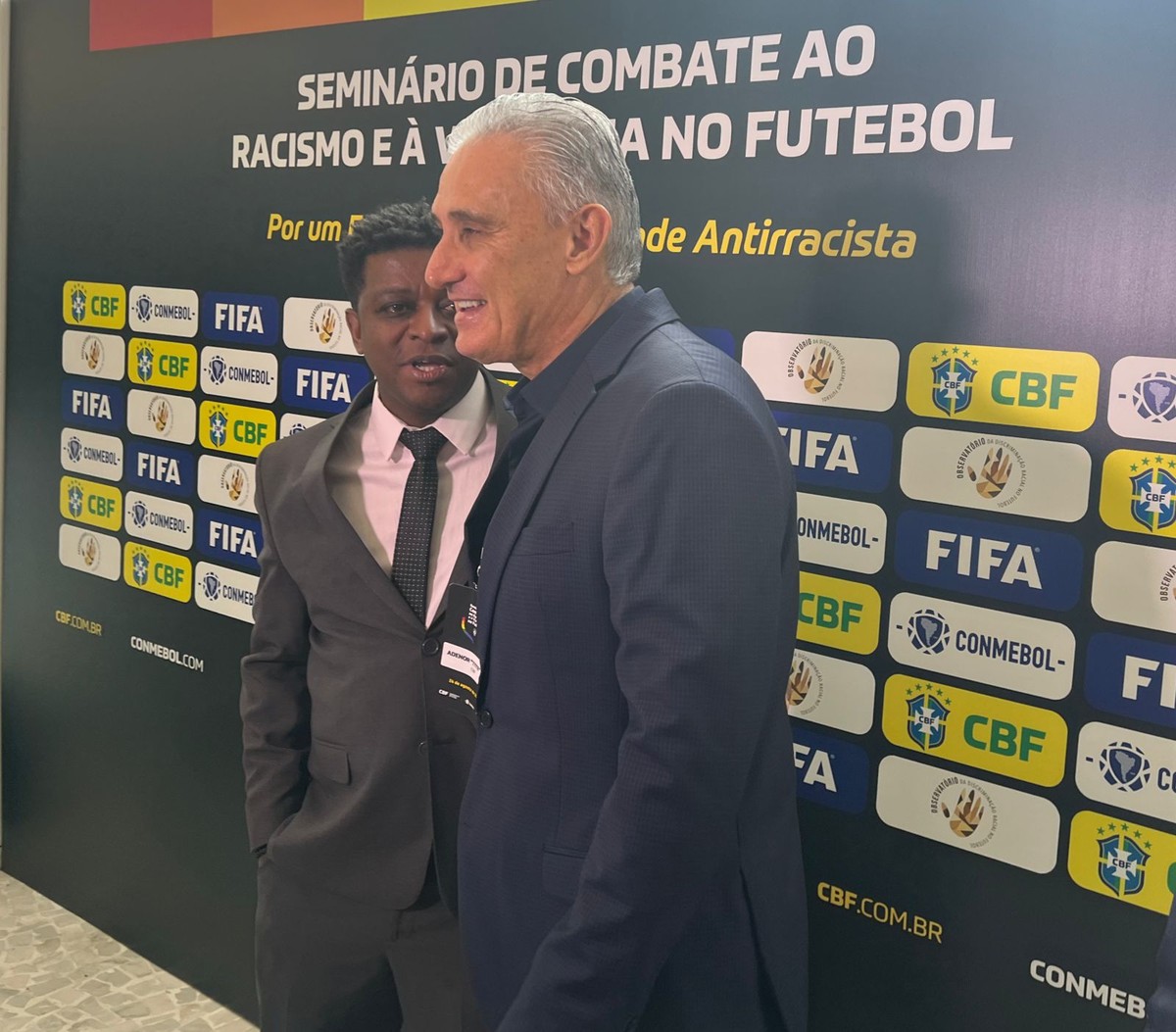 To dry the list, Tite travels through Gabriel’s Arsenal and Neymar at PSG before the squad’s call-up | Brazilian Team

The coach of the Brazilian men’s team, Tite, travels this Thursday to Europe. Alongside the coordinator of the Selection, Juninho Paulista, he has two games on the agenda in the Old Continent. First, he watches Arsenal dos Gabrielis (Magalhães, defender, and strikers Martinelli and Jesus), who will face Fulham, at home, on Saturday, and the next day he travels to the French capital to watch Neymar’s PSG game and Marquinhos, who faces Monaco.

The appointments are the last ones before Tite’s penultimate list as coach of the national team – as the coach has announced that he will leave the CBF after the Qatar World Cup. The call-up for the friendlies against Ghana, on the 23rd of September, and Tunisia, on the 27th – which should be held in England and France – will be on the 9th of September..

The coach of the Brazilian men’s team, Tite, with Marcelo Carvalho, founder of the Observatory of Racism — Photo: Martín Fernandez

+ Selection expands observation and goes to Mexico by Daniel Alves

Tite and his coaching staff work to narrow down the list of scouted players. After each call, the commission meets at the CBF to evaluate the last games, design the next ones and also which athletes observed can enter or leave the so-called “broad list”.

This time, she has 45 players – some of them mentioned by Tite in a battery of interviews over the last few weeks.. From this initial list, the commission discusses the athletes’ performance and, at the beginning of the week of the call-up, reduces the names until it reaches the 26 called-up – which usually happens on the eve of the call-up of athletes.

+ Six years ago, Tite announced his first list in the Selection; see the fate of each athlete

One of them will be observed by Tite and performance analyst Bruno Baquete this Wednesday night at Maracanã, at 7:30 pm, in the first leg of the semifinal between Fluminense x Corinthians: the midfielder Andrew, 21 years old, from Fluminense. The chance of being called up is small – after all, Tite recently called up Danilo, from Palmeiras, who did not enter the field and also has the names of Casemiro and Fred, holders, and Fabinho and Bruno Guimarães, reserves, in advance.

Another one that Tite cited was Gilberto, side of Benfica, former player of Fluminense, Vasco and Botafogo. The player believes himself to be the alternative in the case of the Brazilian team, for example, to define that Daniel Alves will not go to the Cup. But before that, there is also the name of Emerson Royal of Tottenham.

The novelty among the 45 names observed in this window is also Gustavo Scarpa, midfielder of Palmeiras, in great phase. The player is an option for the sector that has Lucas Paquetá and Philippe Coutinho. He also enters a gap that his teammate had until recently Raphael Veiga.

Despite the remarks, it’s difficult to see major changes to Tite’s roster. He himself recently admitted that he has 80% of the list set. The novelty must be Pedrofrom Flamengo, striker with different characteristics to which the coach has in the Brazilian team today.

+ Selection Radar: Neymar has the best start in his tenth season in Europe

There are still vacancies at the back. This Saturday, Tite’s assistants also did not observe Bremerfrom Juventus, and Ibanez, from Rome. They compete for the vacancy that is currently undefined as Tite’s fourth defender. Lucas Verissimofrom Benfica, received a visit from the Selection Committee in training.

Check out the selection’s recent schedule of observations: